Kenosha police say a "serial porch pirate" has been caught on camera – and he can be linked to five other crimes, too.

KENOSHA, Wis. - Kenosha police say a "serial porch pirate" has been caught on camera – and he can be linked to five other crimes, too.

A season of joy is also a season of opportunity. For Alice Petersen, the Christmas tree she ordered was gone in seconds. Her Ring doorbell camera saw what happened.

"Three hours after it got delivered, it got legs and walked away, and I was like – OK," Petersen said. "I just got it, because I lost everything in a fire in January, so I was like, ‘oh, Christmas tree. I’ll set it up for my niece, we’ll have fun decorating it…I was quite shocked."

Petersen sent the video to the Kenosha Police Department.

"This season is when people are supposed to feel happy, well intended toward one another, and looking forward to family time, but somebody like this comes along and is a Grinch," said Lt. Joseph Nosalik. 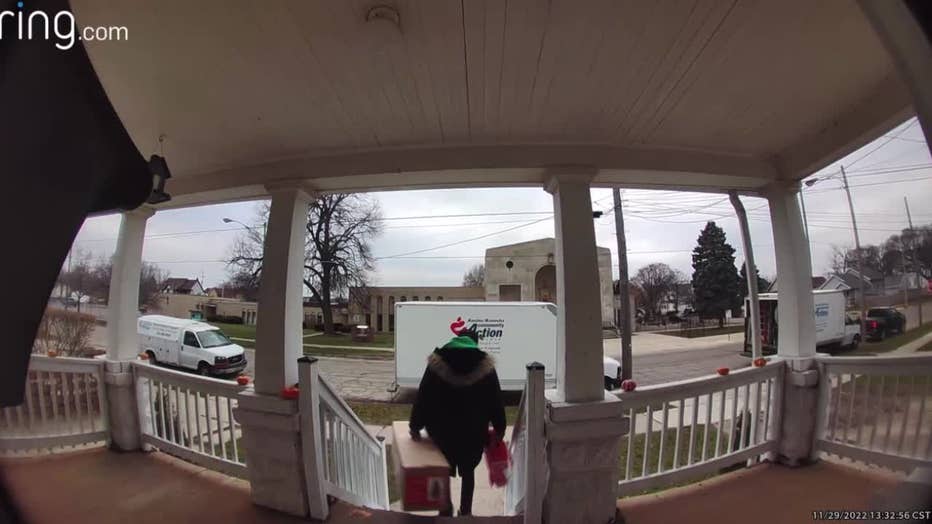 Police said the "Grinch" is 60-year-old Craig Brown, and a Christmas tree isn't all he's accused of stealing. Authorities say they've linked him to at least two other package thefts.

"A motorized bike was taken, there was a package containing dog items…a box containing some type of speakers," Nosalik said.

It's not just packages. Police said Brown is connected to two burglaries, including one at the Kenosha Kingfish's stadium. They sent FOX6 News a photo that they say shows Brown riding a bike with stolen condiments from the stadium's concession stand.

Brown was arrested on Dec. 1. He is charged with two felonies for burglary and two misdemeanors for property theft.

"I’m shocked that they found him so quickly," Peterson said, "and I’m quite happy." 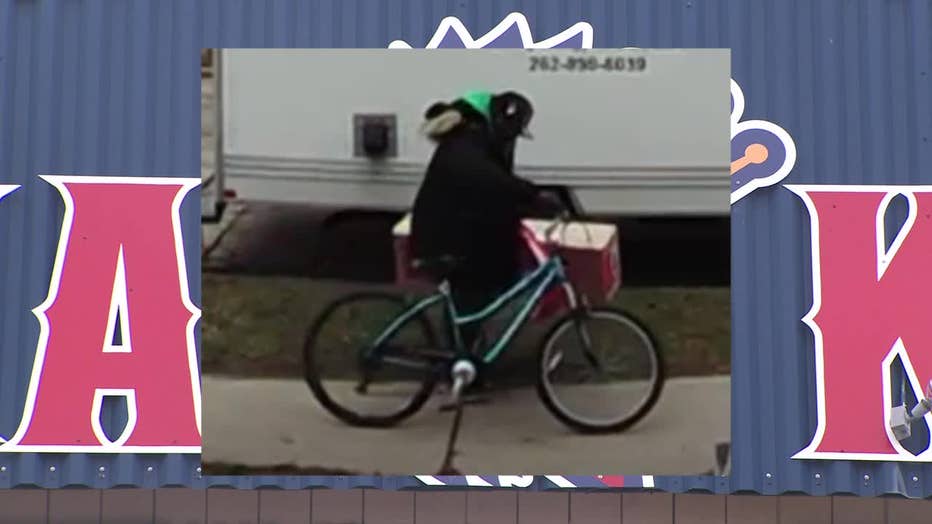 Petersen lost a Christmas tree, but not her holiday spirit.

"With it happening to me, and my Ring camera, it was able to help catch the guy so that it doesn’t happen to another family who is in more need of something else that they had delivered," she said.

FOX6 reached out to Brown's attorneys but did not immediately hear back. Police said Brown may be connected to other package thefts and burglaries in the area.