Cellphone video from inside a Kenosha middle school shows an off-duty police officer kneeling on a sixth-grader's neck as he broke up a fight. The images have gone viral.

KENOSHA, Wis. - Cellphone video from inside a Kenosha middle school shows an off-duty police officer kneeling on a sixth-grader's neck as he broke up a fight. The images have gone viral.

This started with a lunchroom fight. As school administrators and police investigate, parents and students said something's gotta change.

There was chaos in the cafeteria of Kenosha's Lincoln Middle School Friday, March 4 when Kenosha police say a KPD officer stepped in to break up a brawl.

The video appears to show the officer's knee on the back of a student's neck. 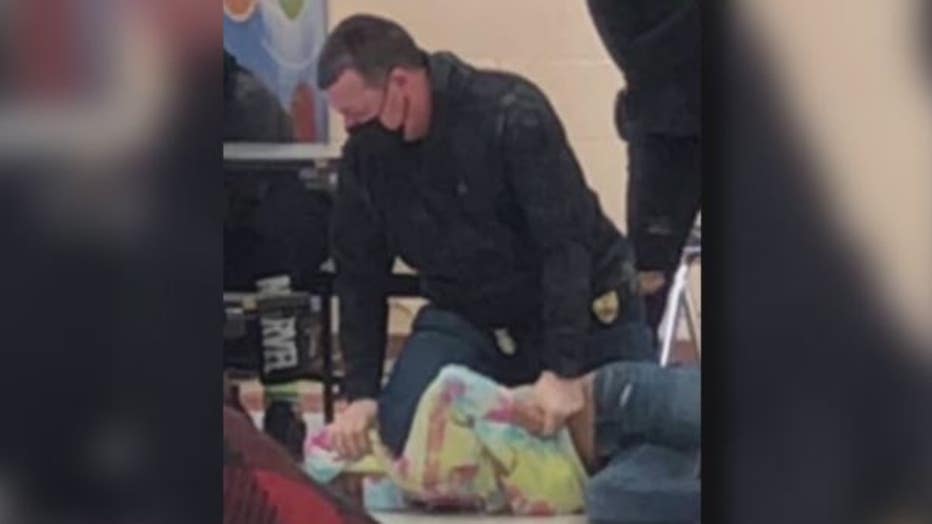 "I don’t think it has to be that extreme," said a mom of two middle school kids.

Parents and students who saw what happened said they fear retaliation, so FOX6 News is not identifying them.

"Out of nowhere, the two kids started to fight, and everybody was screaming," said a sixth-grader. 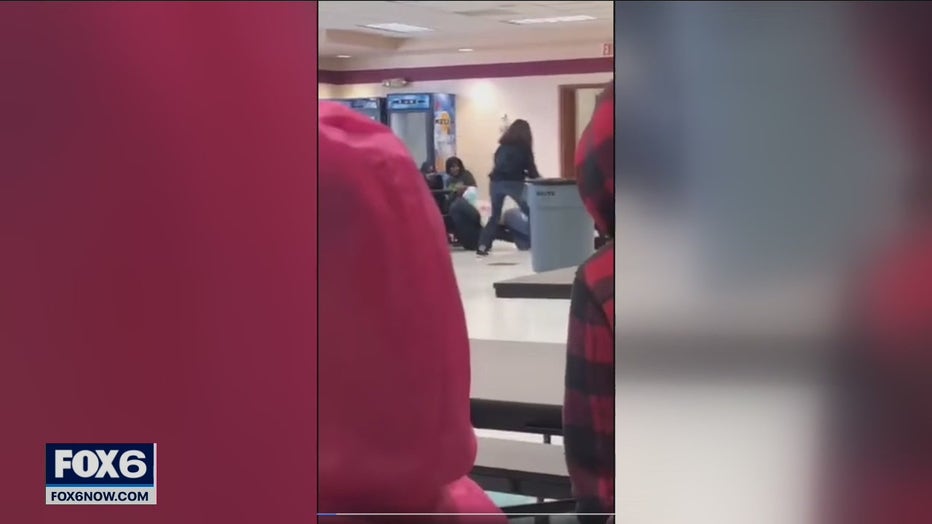 "First off, I’ve taught my kids to respect people, and to respect elders and to respect other people that are in the school," said a mom of two middle school kids. "If they have problems, use their voice. They don’t have to go to violence."

Kenosha police say the 37-year-old officer was working off-duty for the district. The department declined an on-camera interview, but in a statement, said: "We are keenly aware of the significant sensitivity surrounding the photo. K.P.D., together with K.U.S.D. is investigating the incident in its entirety while being cautious not to make conclusions based off of a small piece of information shared on social media."

Police say a staff member was hurt. In the video, the officer’s head appears to hit the table as he goes down to the floor. 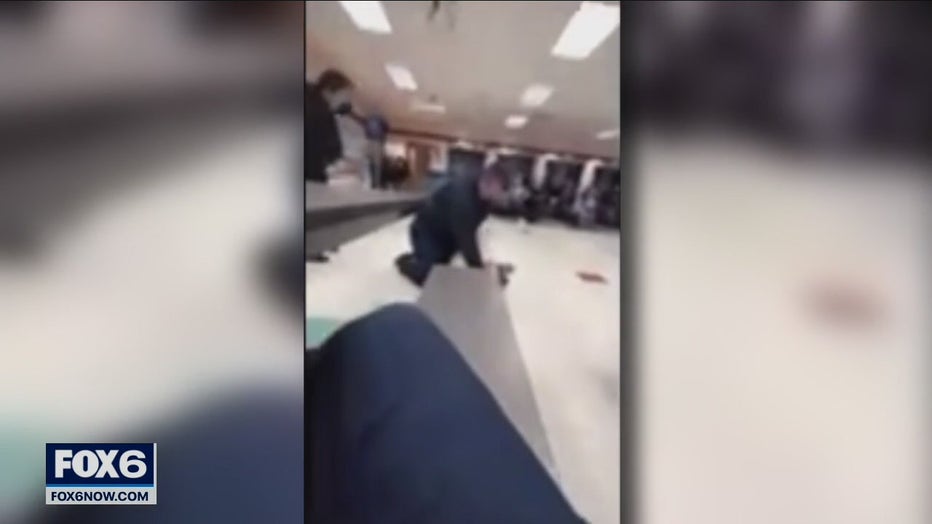 Both the school district and police say they will review their policies and procedures.

The officer in question is on paid leave from the district.

An attorney for the girl who was on the ground with the officer declined to comment on the case.

Milwaukee police are investigating a homicide that happened near 91st and Appleton on Tuesday afternoon, March 8.

Aaron Rodgers and Shailene Woodley are together again, according to a TMZ report Tuesday.