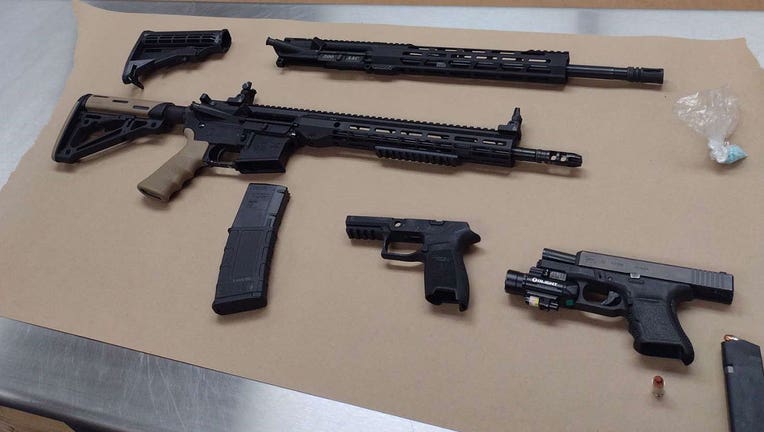 According to a Facebook post by the Kenosha County Sheriff's Department, the traffic stop was initiated shortly around 1:20 a.m. Wednesday – for a traffic violation on County Highway S.

During the course of the investigation, multiple firearms, as well as narcotics, were located in the suspect vehicle including a stolen AR-15 semiautomatic rifle.

The man driving the vehicle was taken into custody and transported to the Kenosha County Jail.