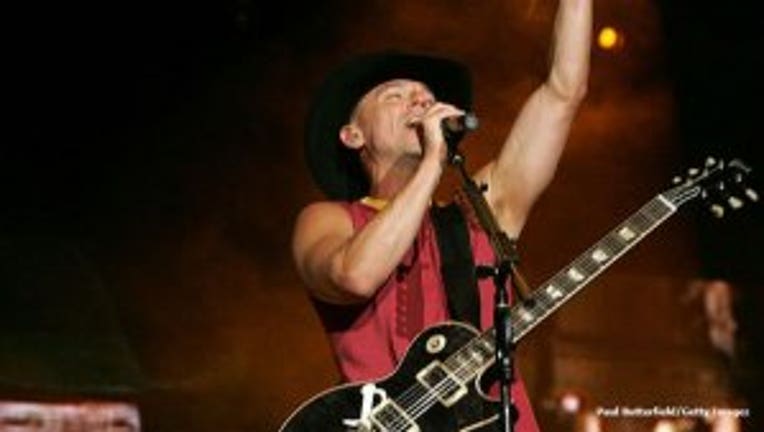 INDIO, CA - MAY 06: Musician Kenny Chesney performs on the Mane Stage during the Stagecoach Music Festival held at the Empire Polo Field on May 6, 2007 in Indio, California. (Photo by Paul Butterfield/Getty Images)

MILWAUKEE - County superstar Kenny Chesney has decided to move his tour that had been postponed from 2020 to 2022. That includes a stop at American Family Field in Milwaukee.

A news release from the tour says ALL of the stadiums on the 2021 itinerary will still host Chesney’s 2022 tour. It will be a completely new show with a new name, new line-up, lots of new music and plenty of the songs people come to hear.

The details are being finalized now. However fans can expect details shortly. ALL current tickets will be honored for the rescheduled show date.

The release says the following:

"If you love your seat, do nothing. You’re all set. Beginning today, March 22, patrons unable to attend the rescheduled shows may request a refund at the original point of purchase."

"We have waited for so long, I can’t play knowing I would disappoint a portion of No Shoes Nation who wouldn’t be able to get into the stadiums and the amphitheaters. There’s no way around that this year. As much I hate postponing further, I would hate telling people who waited we won’t be able to let them come due to capacity restrictions. That’s just not fair."

Immigration and Customs Enforcement is securing hotel rooms to handle the growing influx of illegal families crossing into the United States.

Tactical situation underway near 78th and Calumet in Milwaukee

There is a heavy police presence Monday morning, March 22 near 78th and Calumet in Milwaukee.