It was Kamala Harris' first visit to Milwaukee since taking office.

MILWAUKEE - University of Wisconsin-Milwaukee researchers showed off their work to Vice President Kamala Harris as she toured the clean energy lab Tuesday, May 4.

Researches say the future is electric. Inside the lab, they're working on technology they believe can help make the future now.

For the past five years, vehicle emulators have been Ezana Mekonnen's passion. The UWM graduate is the chief technology officer for Imagen Energy -- helping create a compact electric vehicle charger.

It can charge a vehicle battery in just 15 minutes. Tuesday afternoon, he had the opportunity to show it off to the vice president.

Mekonnen was among those inside the UWM lab, speaking with Harris about investments in research and development as part of the American Jobs Plan.

"She had very good questions about how it gets deployed," Mekonnen said.

It was Harris' first visit to Milwaukee since taking office.

"The important message we were trying to get across is there is a future, and it’s an electric future," said UWM's Andy Graettinger. 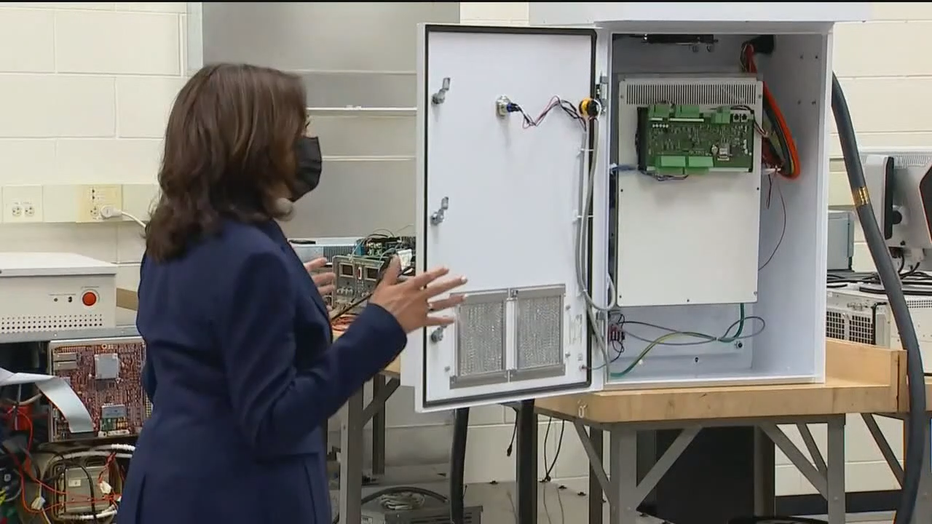 It is a future these UWM researchers are at the forefront of, and now getting national attention. 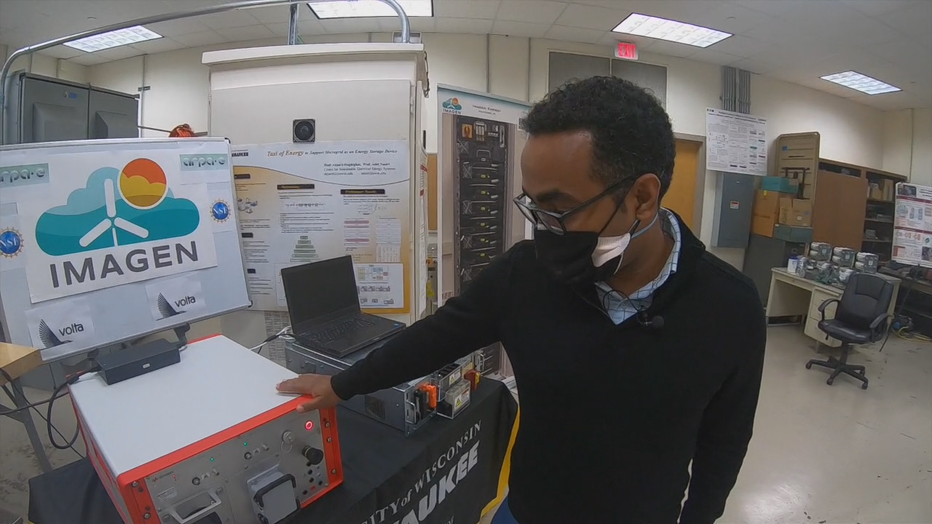 "We’re a small business, we’ve only been around for five years. So, it was a great honor to present for her," Mekonnen said.

The vice president's parents both taught at the University of Wisconsin-Madison. She said she felt a strong connection to what is being done at UWM.