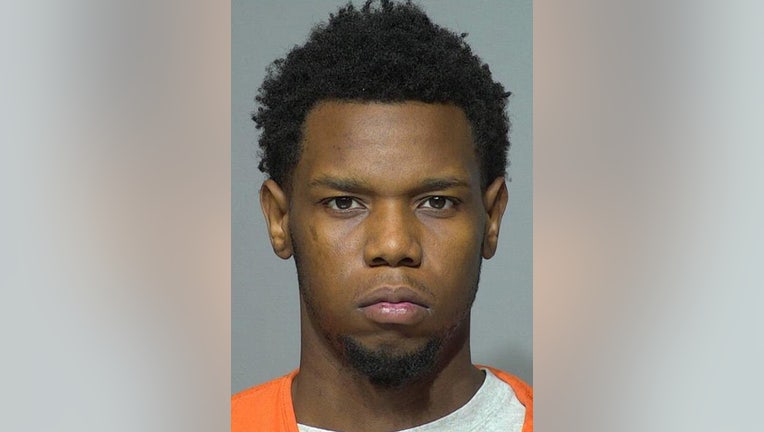 MILWAUKEE - A 21-year-old Milwaukee man is now charged with felony murder in connection with the shooting of a man in July 2020. The accused is Jahki Meneese Williams.

According to the criminal complaint, late on the evening July 29, 2020, a car pulled up at the Milwaukee Police Department District #3 station. Inside the vehicle were four people -- one laying on the back seat with a gunshot wound to the head. As this person was being removed from the car, "a bullet casing fell out of the car," the complaint says. Lifesaving measures were unsuccessful -- and the shooting victim, known by Meneese Williams as 'Sai,' was pronounced deceased on the scene.

Police interviewed the other three people inside the car. They all provided similar stories. The three said they had gone to the area near 50th and Center to sell marijuana to someone who was looking for it. When the vehicle arrived in the area, the defendant and 'Sai' got into the car. They demanded the marijuana -- and 'Sai' had a gun, the complaint says. The complaint says the passenger in the back seat of the car stated he had a firearm tucked "next to him in the map seat." The persons in the car told Meneese Williams and "Sai" the marijuana was in the trunk of the vehicle. At that point, Menesse Williams got out of the car to check the trunk. The complaint says 'Sai,' who had a gun himself, stayed in the vehicle to keep an eye on the other three. That is when the driver of the car put the car in gear to speed away -- leaving Meneese Williams behind. The rear seat passenger told police when the car was speeding away from the scene, "Sai' was fighting with him. The passenger told police he was "fearing for his life and did not know what else he could do but shoot," the complaint says. The people in the car called 911 and were instructed to drive to a police station -- so they drove to District #3, where "Sai" later died.

Through the course of the investigation, Milwaukee police developed Meneese Williams as a suspect in this shooting. He was arrested on Sept. 28, 2022.

Meneese Williams made his initial appearance in Milwaukee County court on Sunday, Oct. 2. Cash bond was set at $100,000. He is due back in court for a preliminary hearing on Oct. 10.