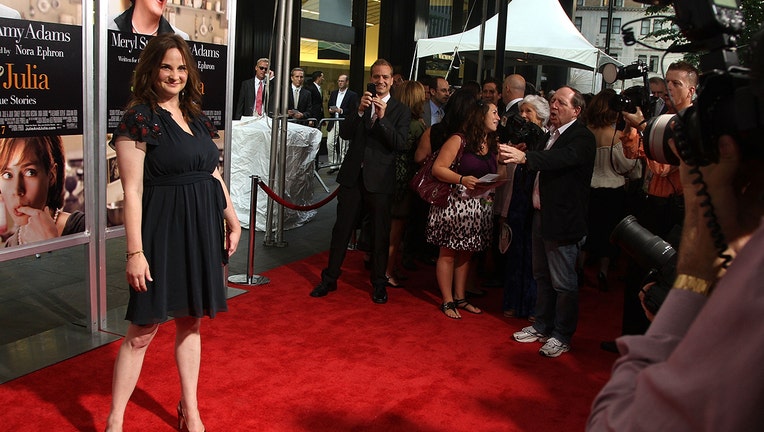 NEW YORK - Julie Powell, known for trying to cook every recipe from Julia Child’s "Mastering the Art of French Cooking," has died, the New York Times first confirmed Tuesday. She was 49.

"She was a brilliant writer and a daring, original person and she will not be forgotten," Clain said in a statement. "We are sending our deepest condolences to all who knew and loved Julie, whether personally or through the deep connections she forged with readers of her memoirs."

Powell’s husband told the Times that his wife died of cardiac arrest on Oct. 26 at her home in Olivebridge, in upstate New York.

The American author wrote about her cooking on the popular Salon.com food blog titled the Julie/Julia Project, which later inspired the movie, "Julie & Julia."

The movie starred Amy Adams as Powell and Meryl Streep as Child.

After the success of that bestselling book, Powell went on to write "Cleaving: a Story of Marriage, Meat, and Obsession."

"People coming from the movie ‘Julie & Julia’ and picking up ‘Cleaving’ are going to be in for some emotional whiplash," she told The Associated Press in 2009. "I don’t believe it’s going to be a Nora Ephron movie."

This is a developing story. The Associated Press contributed.