MADISON -- Thousands of students at the University of Wisconsin graduated Saturday, May 11, with JJ Watt as the commencement speaker.

Watt shared a powerful message for the graduating class of 2019.

"Nobody accomplishes their dreams alone. I implore you to find somebody on this planet who has accomplished their dreams without the help of another human being. Nobody does. You need help. Good and bad, both positive and negative," Watt said. 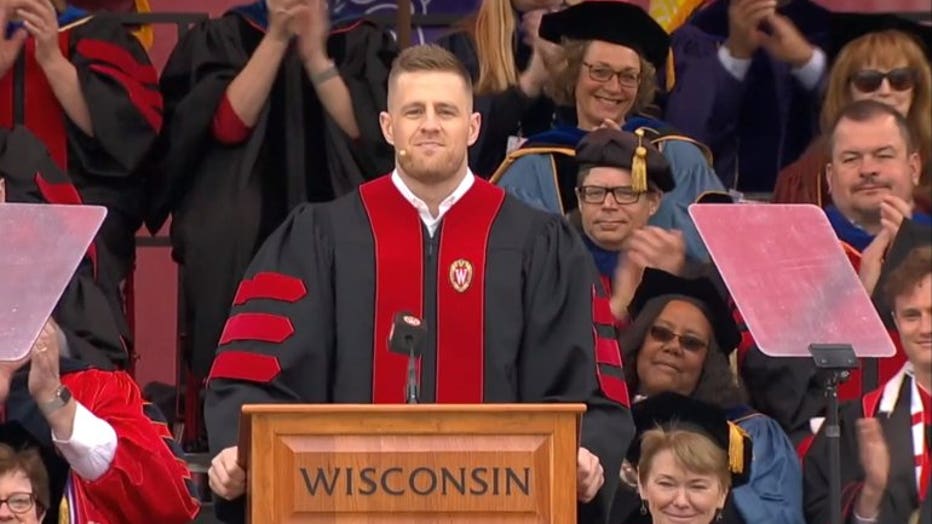 Watt attended the UW school from 2008-10 and played for the Wisconsin Badgers.

Watt was born in Waukesha, Wisconsin, and graduated from Pewaukee High School. He gave up a football scholarship after one season at Central Michigan University, transferring to Wisconsin as a walk-on.

He’s played for the Houston Texans for eight seasons after leaving school a year early and signing with the team as the No. 11 overall draft pick of 2011.

He was named Sports Illustrated co-Sportsperson of the Year and Walter Payton NFL Man of the YEar in 2017 for his athletic accomplishments, coupled by his charitable efforts, including raising $37 million for Hurricane Harvey victims in Texas.