Wednesday's appearance was a pre-trial for a domestic incidents case from May and lasted roughly five minutes.

KENOSHA, Wis. - Jacob Blake, the man at the center of the protests in Kenosha, appeared remotely in Kenosha County court Wednesday, Oct. 21 for an arraignment. Blake was shot seven times in the back by Kenosha Police Officer Rusten Sheskey on Sunday, Aug. 23.

Wednesday's appearance was a pre-trial for a domestic incidents case from May and lasted roughly five minutes. Blake waived his right to a preliminary hearing on Friday, Sept. 4 -- and pleaded not guilty to three charges that had been filed in July. Those charges include third-degree sexual assault, criminal trespass and disorderly conduct.

Blake's attorney said there have been discussions about a potential resolution in the domestic incidents case. The prosecution asked to admit evidence connected to the case. The state said it needs a week to respond.

It was the first look at Blake, who was partially paralyzed in the shooting, since his reported release from the hospital to a spine rehabilitation center in Illinois. He did not speak during Wednesday's appearance.

Jacob Blake, the man at the center of the protests in Kenosha, appeared remotely in Kenosha County court Wednesday, Oct. 21 for an arraignment.

All three officers present when Blake was shot are on administrative leave during the investigation by the Wisconsin Department of Justice.

DOJ officials said Kenosha police were dispatched to a residence near 28th Street and 40th Avenue after a female caller reported that her boyfriend was present and was not supposed to be on the premises. Blake's attorney Ben Crump has said that Blake was trying to break up a domestic dispute.

Blake then walked around his vehicle, opened the driver’s side door, and leaned forward, officials said. While holding onto Blake’s shirt, Officer Sheskey fired his service weapon seven times "into Mr. Blake’s back." 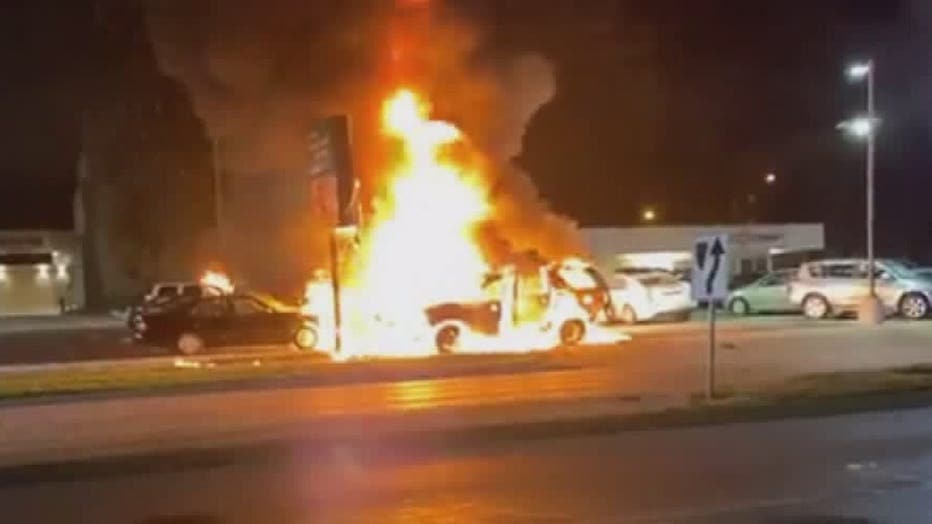 Protesters filled Kenosha's streets several nights after the Blake shooting in a demonstration against police brutality, some of which devolved into destructive unrest.

Beyond the initial unrest, the incident involving Blake has been a continued subject of peaceful protests and demonstrations that call for justice and reform, including as recently as Tuesday, Oct. 20.

"We want the mayor and every elected official to stand up and let the Blake family know where you are," said Justin Blake, Jacob's uncle, on Tuesday.

The Blake family, including Jacob Blake's father, Jacob Blake Sr., have spoken at a number of events locally and in other parts of the country since the shooting.

Jacob Blake is accused in court documents of sexually assaulting a woman in her home on May 3, stealing her Ford Explorer and debit card and making ATM withdrawals.