MILWAUKEE -- Dispatch recordings show tense moments on Saturday, August 1st after a Porsche was stolen at gunpoint from Concours Motors in Glendale -- leading to a pursuit, and eventually, an officer-involved shooting in Milwaukee.

Glendale police say this all began minutes before 1:00 p.m. Saturday when a 28-year-old Milwaukee man stole a Porsche at gunpoint from a Concours Motors employee in the 6400 block of N. Green Bay Road. We're told the vehicle theft occurred during a test ride. 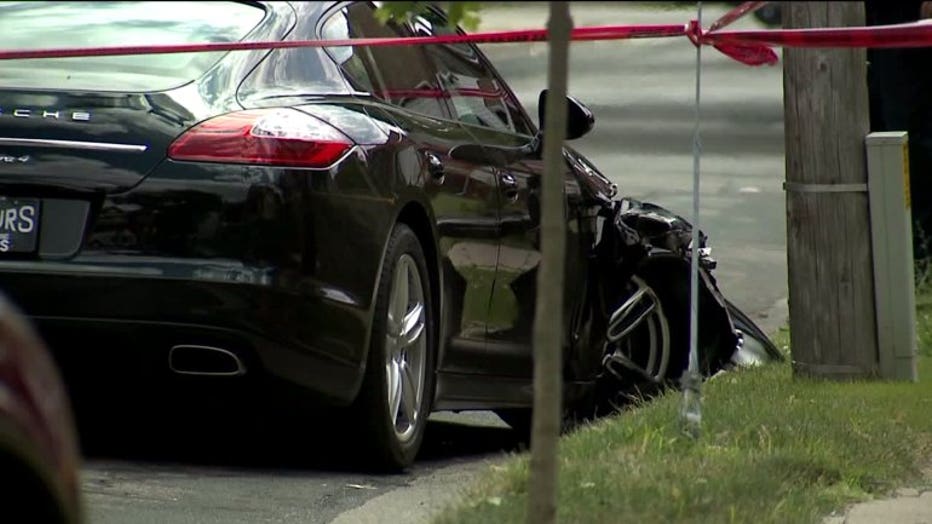 A Glendale police officer spotted the stolen Porsche and the suspect fled. Dispatch recordings posted online (at MNPoliceClips.com) show the intensity of this situation.

Dispatch recordings: "We got a carjacking -- a black Porsche stolen at gunpoint." 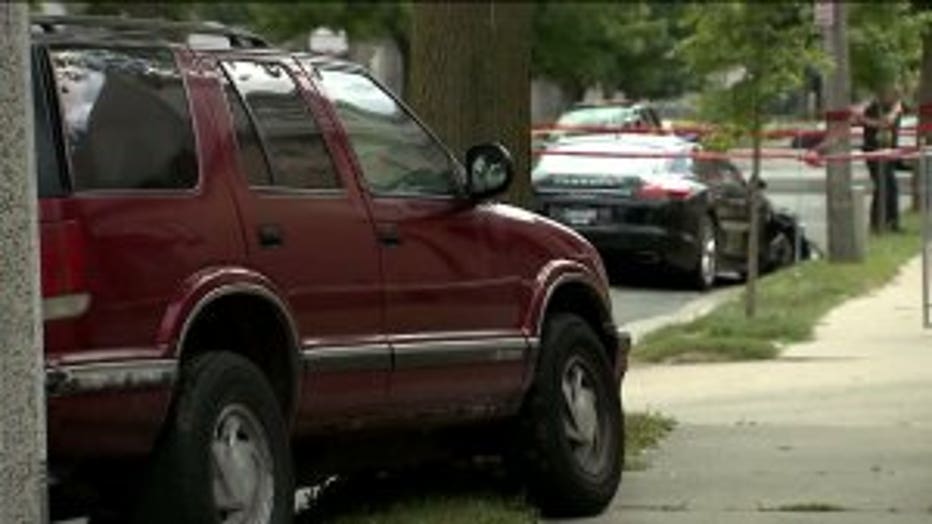 The officer pursued the suspect to the area of N. 14th Street and W. Burleigh -- where the suspect crashed into a parked vehicle and fled on foot.

The officer returned fire, and both the officer and suspect were injured.

He then says: "I've been hit. So has the suspect. The suspect dropped his rifle on the playground. There might be two guns. There's one rifle for sure."

The suspect fled again -- and was taken into custody in the 1300 block of W. Cottage.

"(The officer) gave chase to someone he knew was armed. When the suspect bailed, he continued to chase -- knowing (the suspect) was armed. When he confronted (the suspect), the suspect shot at him. He returned fire, wounding the suspect and continued to chase what he thought could be an armed suspect. The officer observed the suspect had a gun and gave chase on foot. Shots were exchanged. The suspect was wounded. He fled again, with the officer chasing again and eventually taken into custody just outside the playground property. We just happened to have people in the right place at the right time," Glendale Police Chief Tom Czarnyszka said.

Joel Dhein with the Glendale Police Department said there were children on the playground when this incident was unfolding.

No one, besides the officer and the suspect were injured. 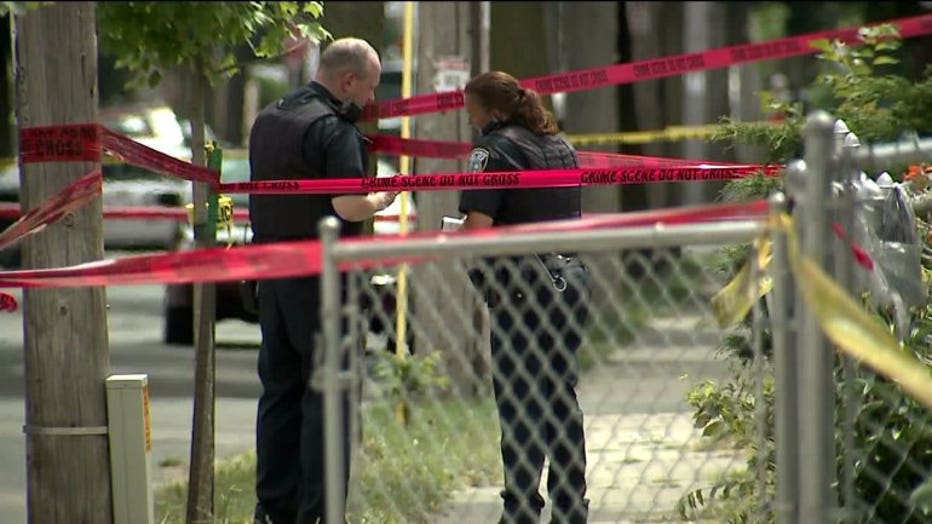 The officer was taken to Froedtert Hospital, where he was treated and released. He is 36 years old, and has been with the Glendale Police Department for 13 years. He has been placed on administrative leave, as is standard procedure in these situations.

Milwaukee Mayor Tom Barrett said at the scene initial reports indicated the officer suffered a graze wound to his head.

The suspect was also taken to Froedtert, where he was treated and then turned over to Milwaukee police. He is a 28-year-old Milwaukee man, and Glendale police say he has an "extensive" criminal history -- including both adult and juvenile cases.

We're told "numerous shots were fired" during this officer-involved shooting. A neighbor tells FOX6 News he heard seven gunshots while sitting inside his home near the scene.

"I was at 9th and Clarke and I heard about 10 shots. I asked my nephew -- 'I just heard 10 shots' and he said he heard them too," Emilio Witherspoon said.

"This underscores the problem that we see now -- not just in the city of Milwaukee -- because this car theft occurred in Glendale. The pursuit ended up here, and there was another vehicle that was hit -- from the people who live right across the street from the scene," Mayor Barrett said Saturday afternoon.

FOX6 News spoke with Dennis Carroll, who said his vehicle, which was parked near the scene of this officer-involved shooting, was struck by the Porsche prior to the shooting. 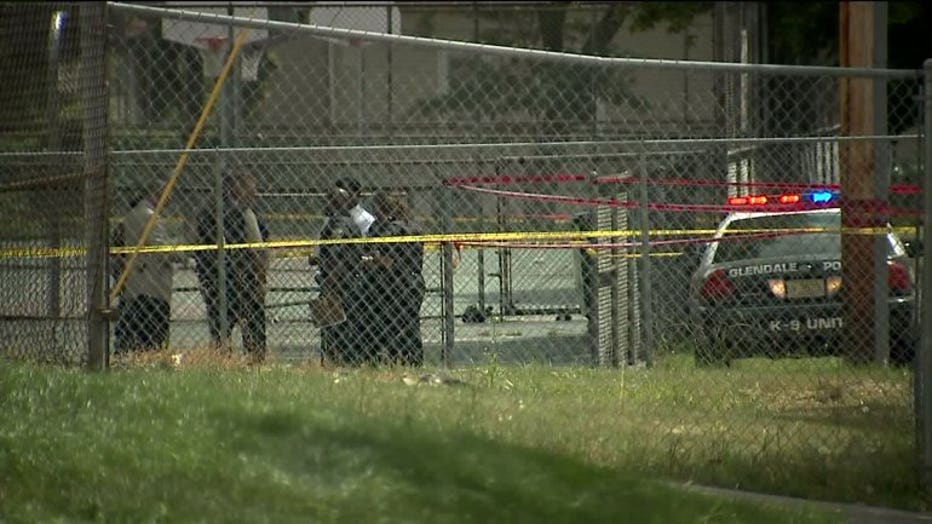 Carroll said his vehicle was struck when the suspect vehicle was trying to make a turn onto 14th Street.

"He lost control and he hit my truck. The police was at him, trying to get him, catch him, and (an officer) told him to stop -- and he started running. He started running down 14th and he cut across the playground. Next thing I know, I heard shots. He had a rifle or something. I heard one (shot) and then I heard about five or six more," Carroll said.

Carroll said the incident was like "being in a warzone."

"This right here is senseless. It needs to stop. We need to figure out something. These kids and stuff -- and guns. Why do they feel the way they feel that they have to have a gun? Try to teach these young men there is another way. You don't have to sell drugs. You don't have to pack a gun. You should go to school and get your education," Carroll said.

The Milwaukee Police Department is handling the investigation into this officer-involved shooting.

The Glendale Police Department is investigating the theft of the Porsche that preceded it. 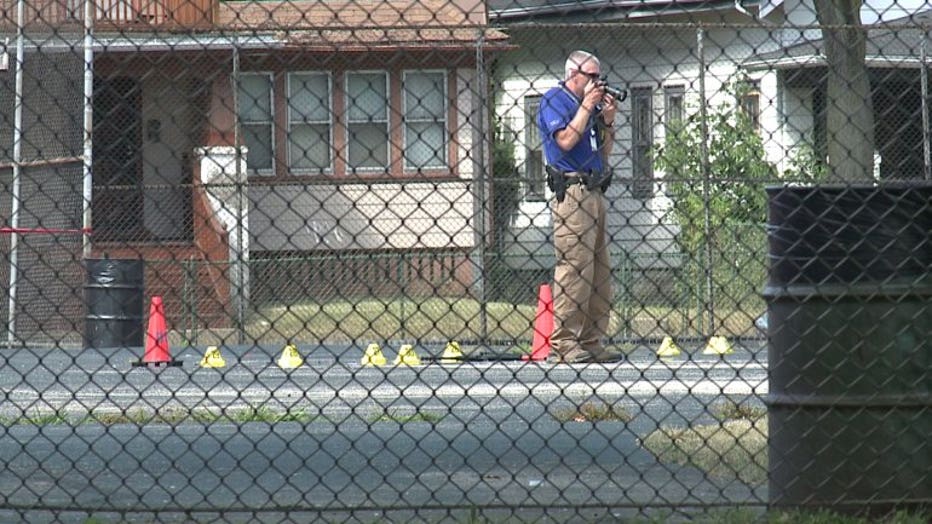