The 32-foot Colorado Blue Spruce was harvested from a lawn on S. 26th Street near W. Maple Street. Following the harvest, the tree received a Milwaukee Police Department escort to City Hall, where the tree was placed in the planter at 200 E. Wells Street.

The tree will be decorated by DPW Forestry staff. 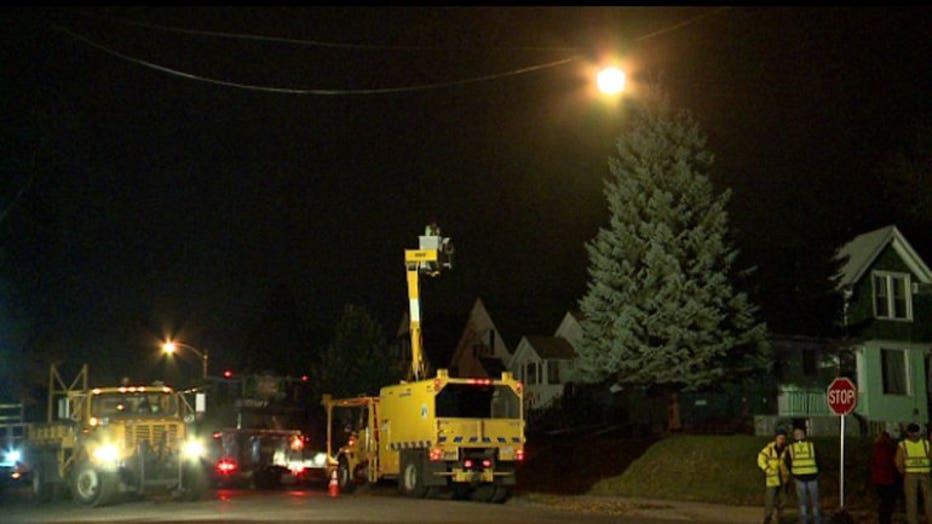 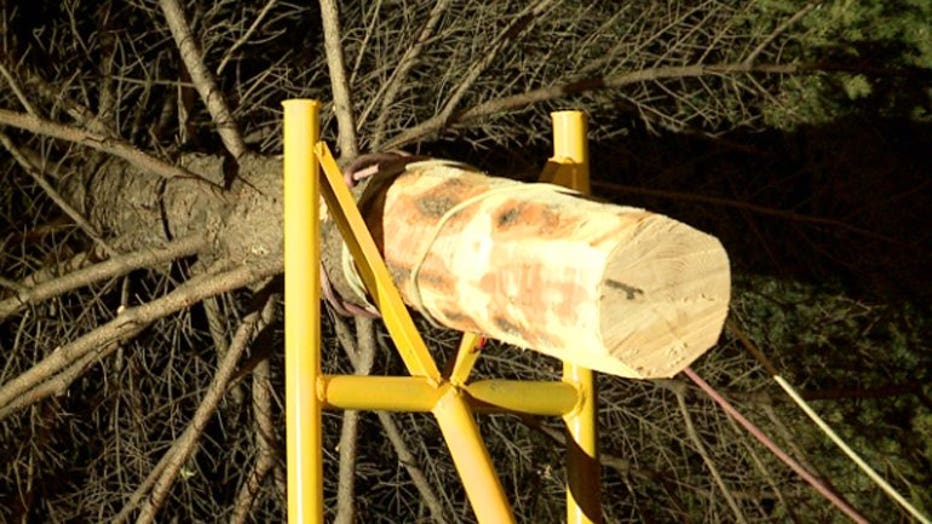 It was the day Elizabeth Hipp has been waiting for. 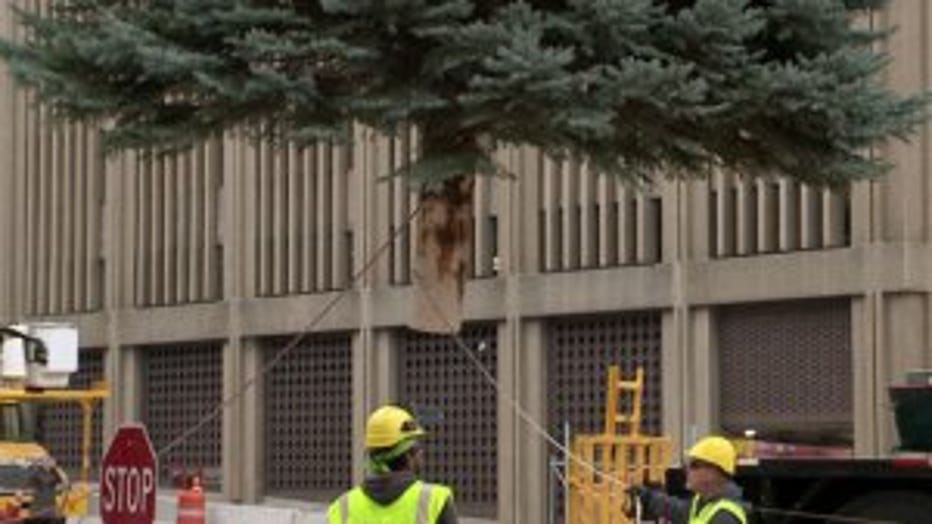 "It's always been a dream of mine," said Hipp.

The Milwaukee native has attended the city's annual Christmas tree lighting all her life. This year, she's officially a part of it.

For more than 100 years, Milwaukee residents have competed for the honor of donating the annual Christmas tree. 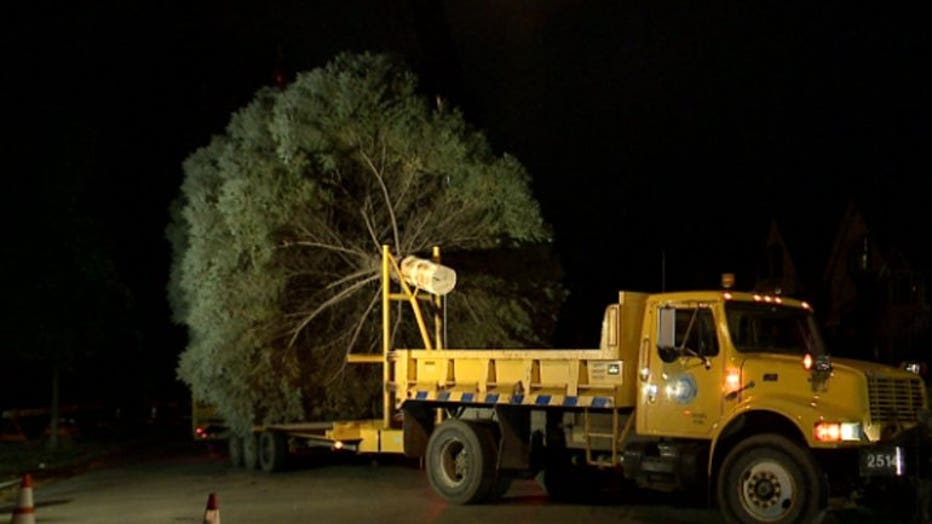 When Scannell bought his home near 26th and Maple, he told his mom Elizabeth that the 32-foot Colorado Blue Spruce in his front yard had to go downtown to City Hall.

"It's been a special thing for me all my life. When Tom said that would make a great Christmas tree, I said yes," said Hipp.

"I was really surprised because I heard there was a long list of trees they were looking at," said Scannell. 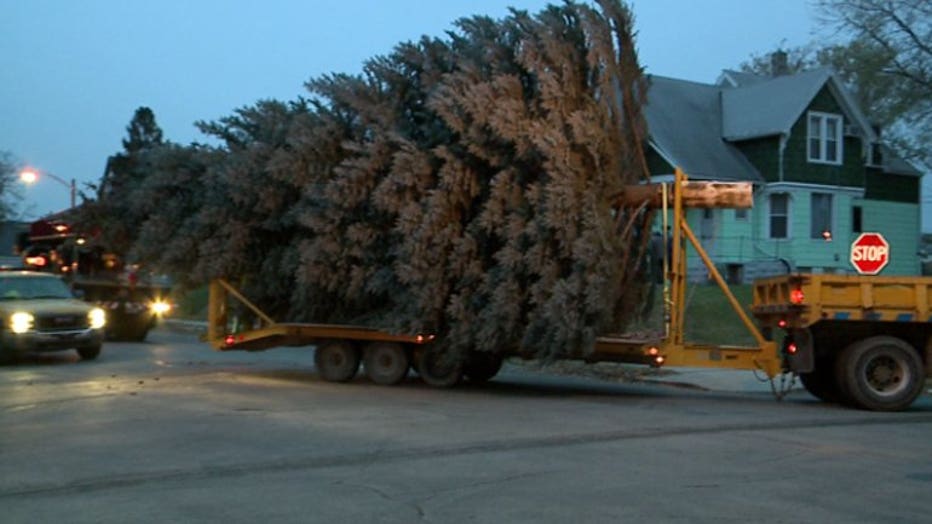 The previous homeowner planted the tree 26 years ago. Neighbors say it was a Father's Day present. 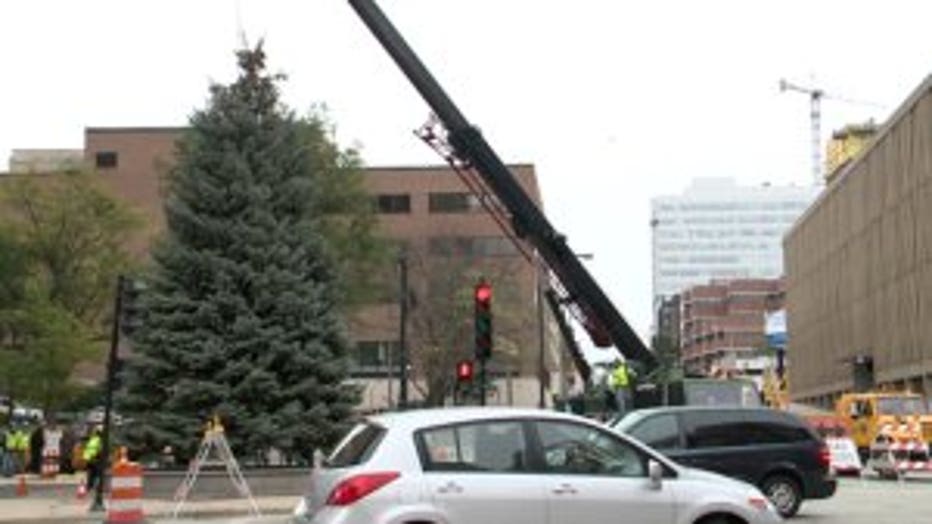 "To stop the streetlight from shining into their living room," said Joe Pempeo, neighbor.

The tree lighting ceremony is scheduled for Thursday, November 16th, beginning at 5:00 p.m. at City Hall.

A gift for one, cut down, and hauled across town, to stand tall again.

"Because when you're a little kid and you look up at it, it's the most spectacular thing in the world," said Hipp.

2017 marks the 104th year of the Christmas tree celebration in Milwaukee, the second oldest such celebration in the United States behind New York City. 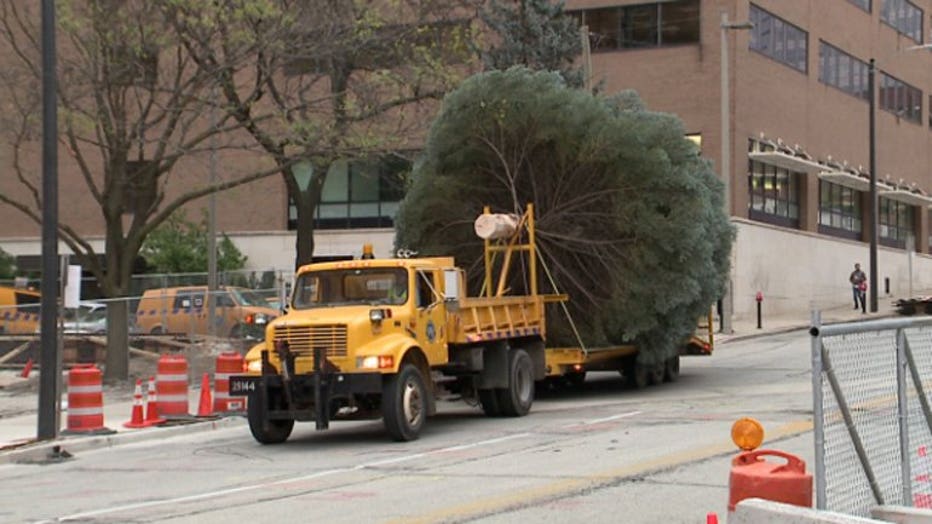