KENOSHA - Kenosha firefighters on Wednesday, Aug. 12 battled a structure fire on 22nd Avenue between 61st Street and 63rd Street. Multiple businesses and apartments were destroyed as the fire tore through the structure.

The fire chief on the scene told FOX6 News the fire broke out just before 9 a.m. and that someone inside was apparently burning incense before the fire started, and tried to extinguish the fire that ensued by himself.

According to the Red Cross, 13 apartment units were affected by the fire. 11 people from three of those units are being helped with temporary lodging and immediate needs. 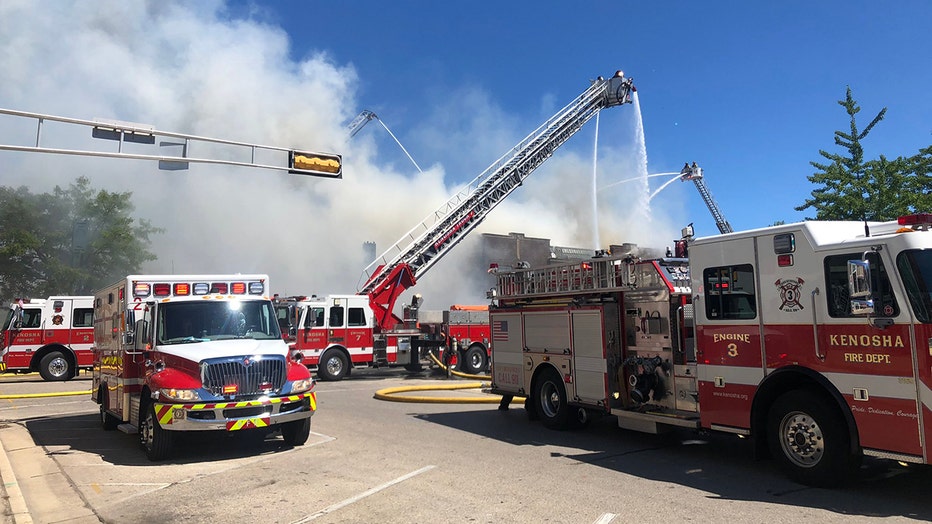 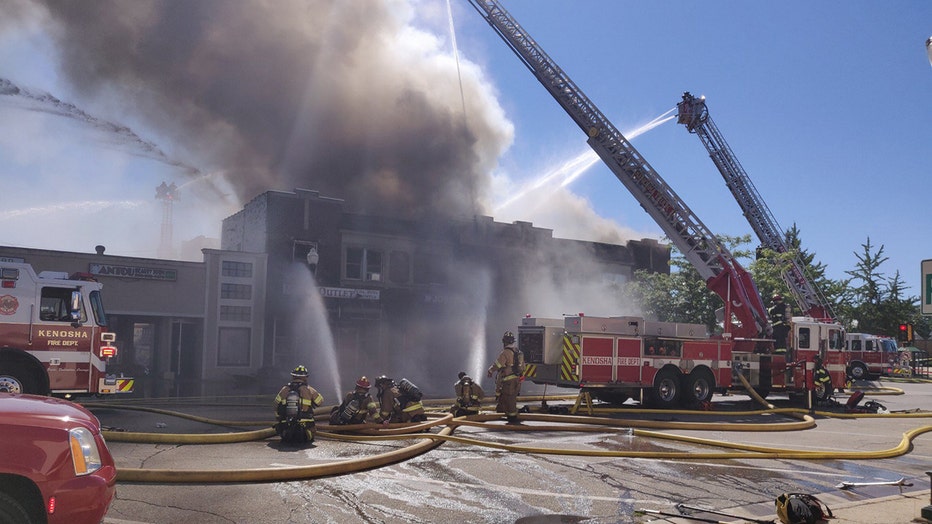 The cloud of billowing smoke was hard to watch for Jacqueline Lopez as the fire tore through the building she called home.

"It's shocking. I never thought this would happen to me ever. I don't know what to do at this point," Lopez said. "Everything we had, everything we owned is in that building."

The historic building is over 100 years old. Water was shot through windows from ladders above. Skyfox showed the blackened and burned aftermath.

Officials say at least nine businesses and several apartments are affected by this fire. The fire chief said the person who was inside the record store where the fire started suffered minor injuries and no one else was hurt.