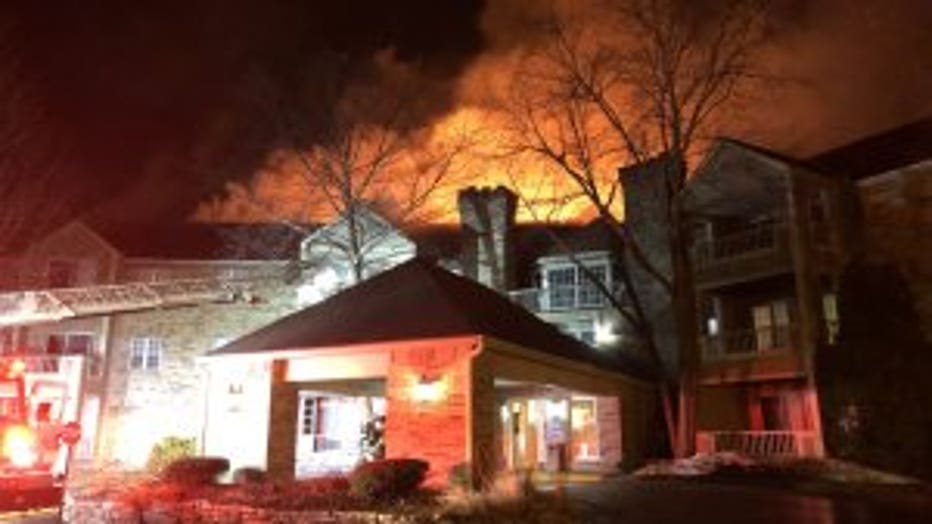 BAYSIDE -- Dozens of people evacuated when a huge fire broke out at the White Oaks apartment complex in Bayside early Saturday, March 30.  Firefighters from North Shore Fire/Rescue were on the scene for hours on North Port Washington Road, along with firefighters from the City of Milwaukee.

"Bayside jumped out at me you know hearing that, it's sad," said Dave Sobelman, Sobelman's owner.

According to officials, the fire started in the attic and moved quickly throughout the building. 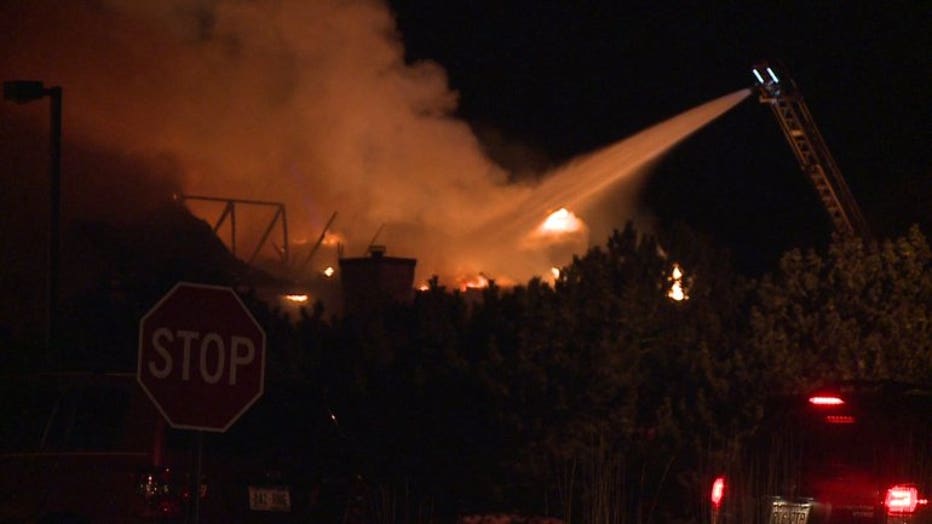 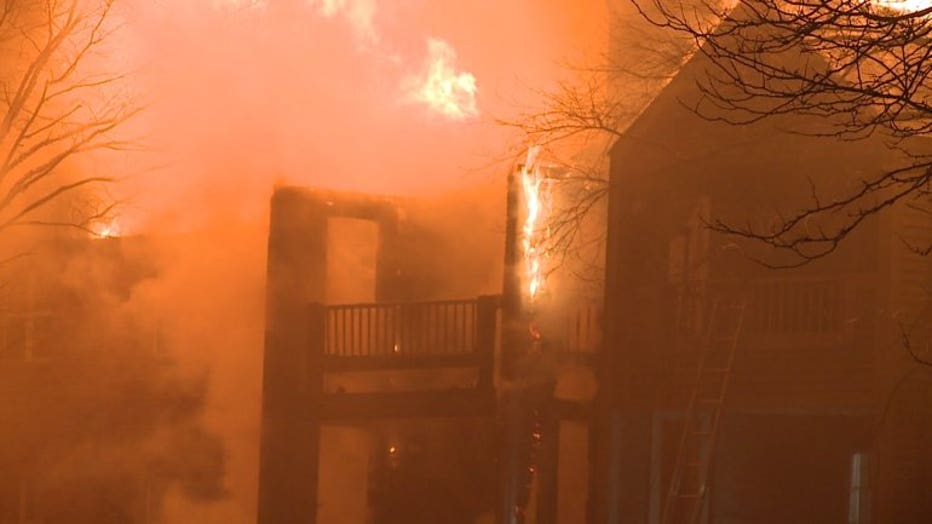 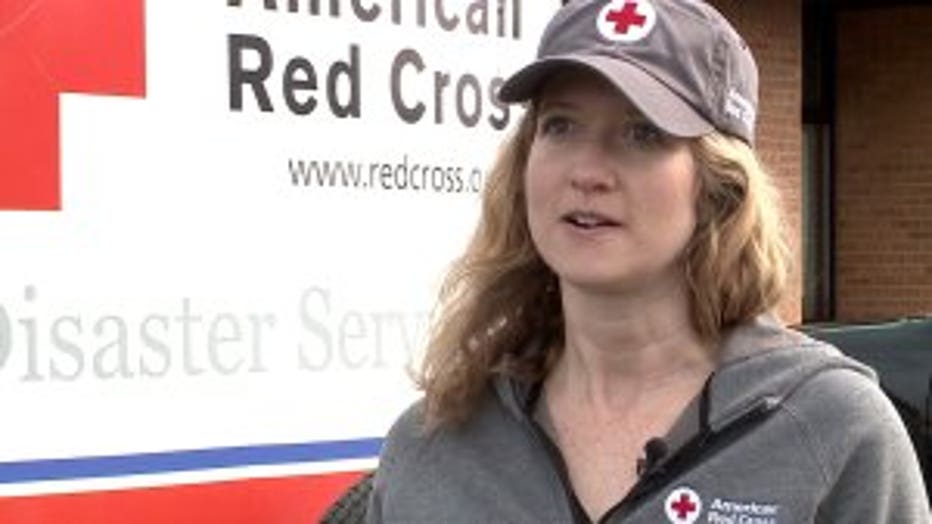 All occupants were accounted for, which Whitaker said is "miraculous." However, their belongings were not. "Everyone's still processing, you know, it happened late at night," said Gulatz. 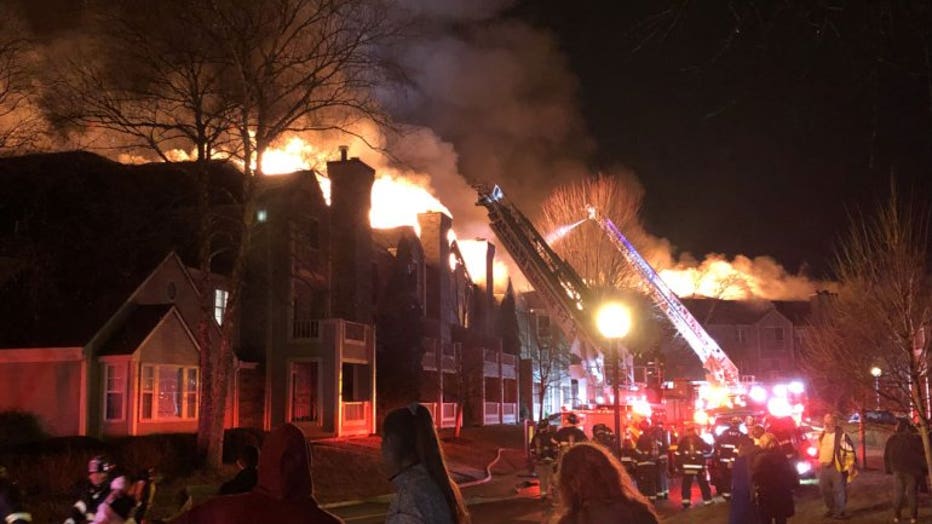 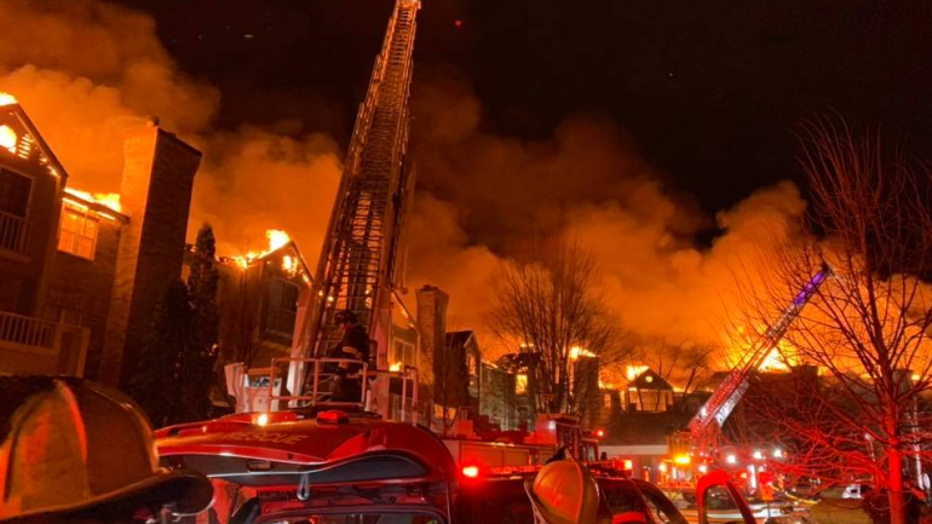 While there were no fatalities reported, there were several minor injuries. Two people were transported to a nearby hospital with non-life-threatening injuries.

The American Red Cross set up a shelter at St. Eugene Congregation where at least 14 of those displaced will stay. 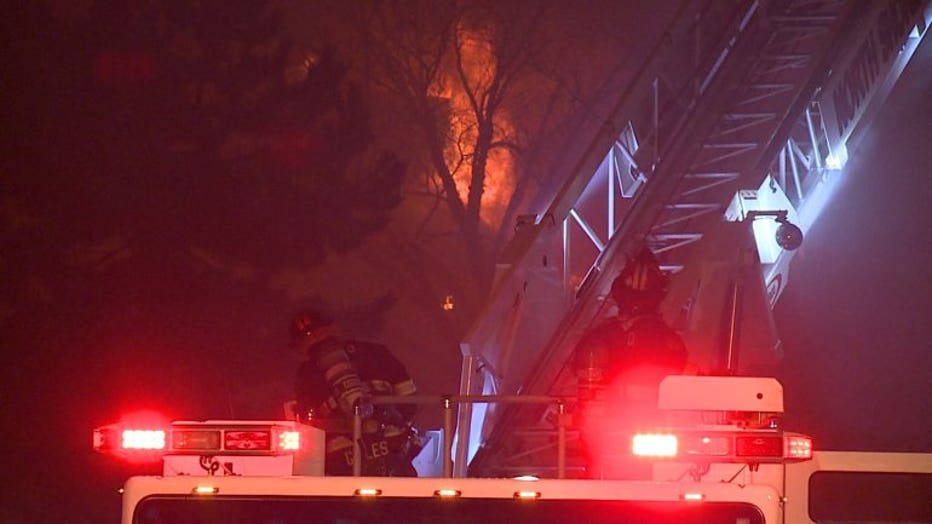 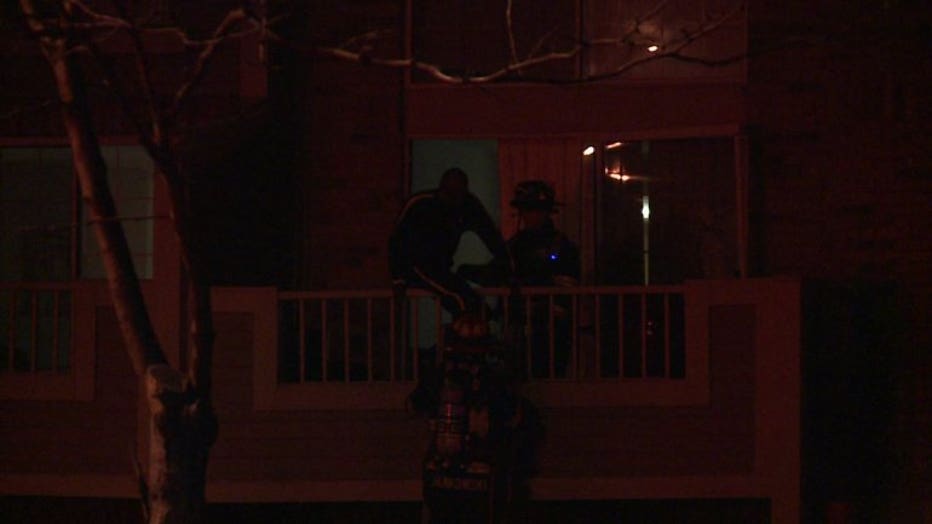 "We've got breakfast, lunch and dinner and also helping people getting their prescriptions," said Gulatz.

Among the Red Cross volunteers are also concerned neighbors like Dave Sobelman, who brought dinner to those left with nothing. 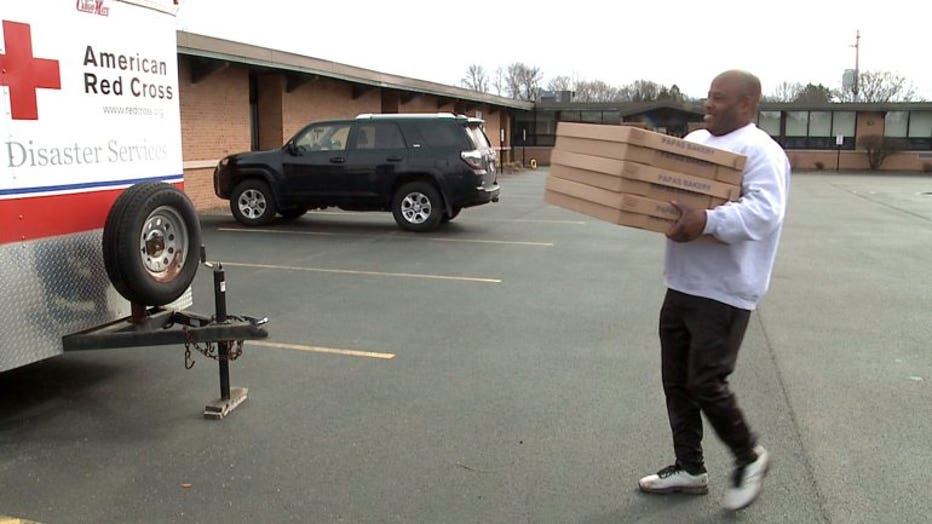 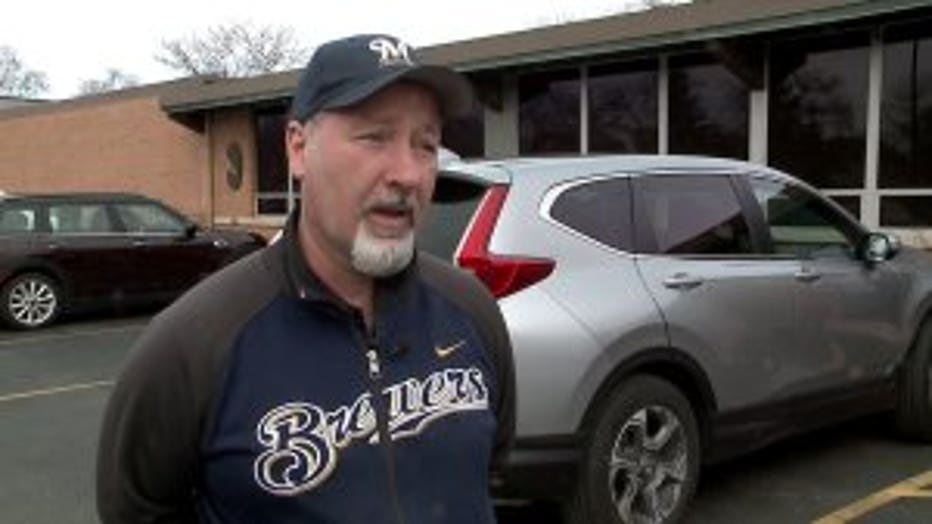 "Makes me feel good. Not a big deal," Sobelman said.

"I think southeastern Wisconsin people as a whole is just so generous and people are always reaching out," Gulatz said.

While people's belongings might be gone, many remember a life is irreplaceable. 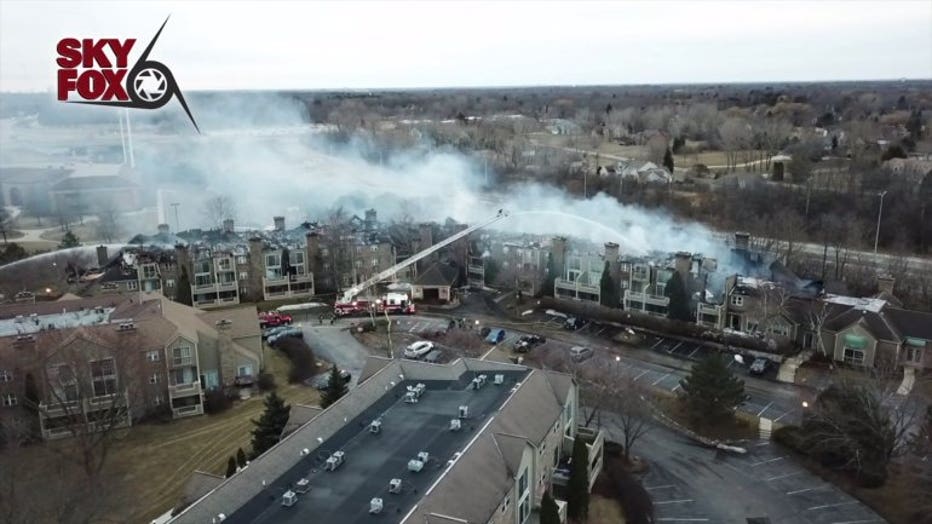 "We know that everyone's going to step when something affects this area as dramatically as it did last night," Taylor said.

The cause of the fire is still under investigation, and in the meantime the Red Cross is asking for help with finances. 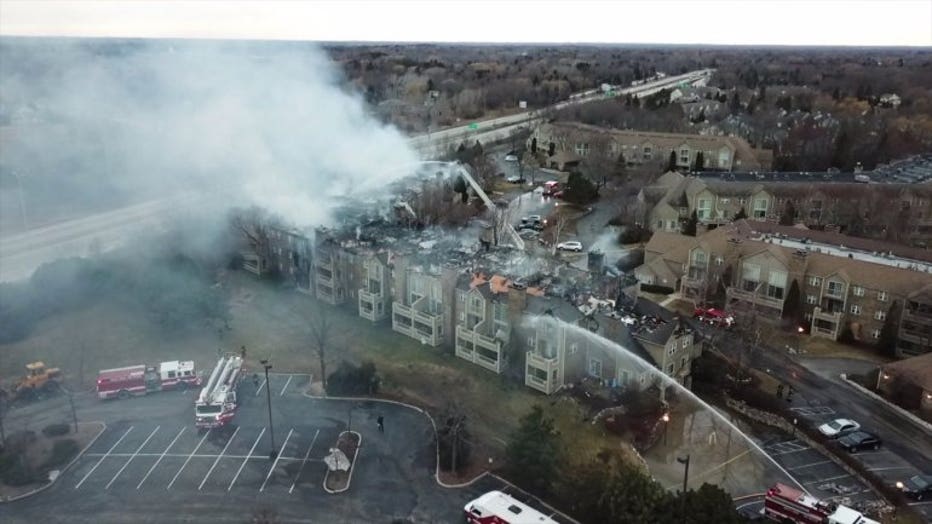 "We will be here for several days doing an investigation," explained Eric Miller.

People are encouraged to stay out of the area as crews continue to investigate. 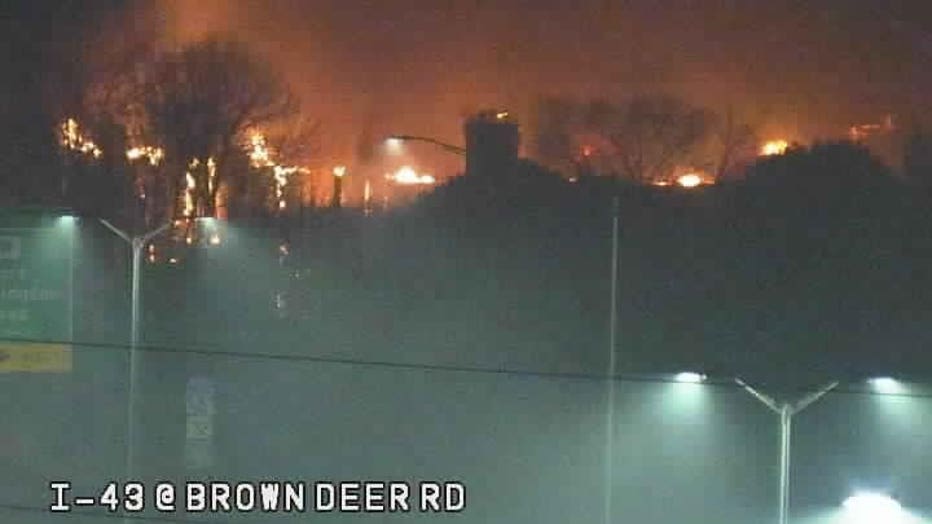