FRANKLIN — Stealing from the elderly is a growing problem across Wisconsin, and the FOX6 Investigators found caregivers suspected of financially abusing their elderly clients sometimes go unpunished.

Franklin police said they had a "tight case" against a personal care worker accused of fraud, until something happened that derailed it. It is something millions of Americans face that makes them especially vulnerable to financial exploitation.

When Grace Rutkowski arrived to chat with Franklin police in summer 2018, she still had a sharp sense of humor.

"Oh, she's good looking," Rutkowski said as Detective Steven Horn held out a cellphone picture of his wife. "How'd you get her?"

Horn recorded the interview as evidence that the 83-year-old alleged fraud victim was competent.

"How do you feel about this money being taken out of your account?" Horn asked in the recording. 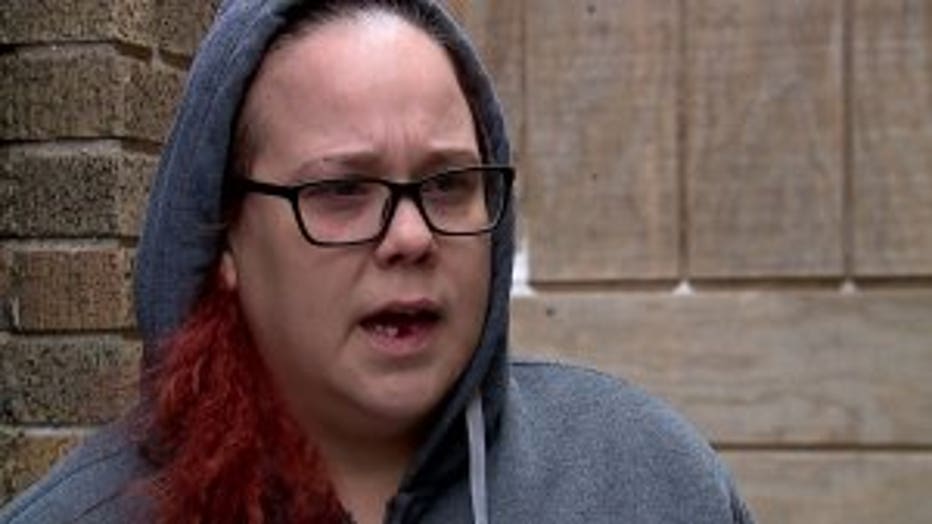 Nicole McAtee finally agreed to an interview after promotions for the story started airing.

This was the second time police had interviewed Rutkowski and, this time, it was the final piece of a nearly 18-month investigation into Nicole McAtee.

In September 2018, prosecutors charged McAtee with a felony for allegedly stealing more than $17,000 from her elderly client.

The FOX6 Investigators first met McAtee at a south side gas station.

"You were charged with theft," said Bryan Polcyn, FOX6 Investigator.

"You were charged. I have the records," Polcyn said.

She just happened to be standing at the very ATM police said she had used to defraud Rutkowski.

"How'd you know it was me?" McAtee asked.

Polcyn gave McAtee his business card and a one-week deadline to call back and set up an interview so she could provide her side of the story. She promised to call but never did. That is, until two days before the story was set to be broadcast when McAtee's face started appearing in on-air promotions. 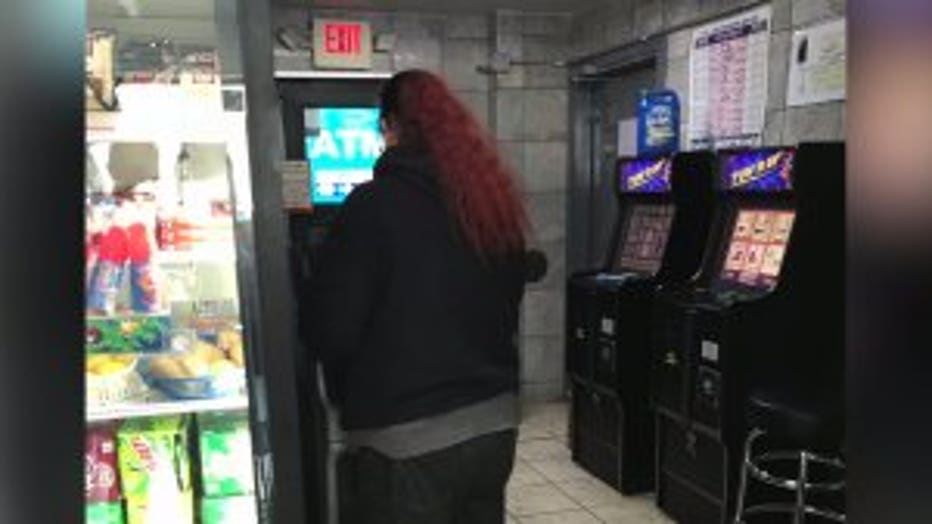 FOX6 Investigators first encountered McAtee by coincidence. While going to get photos of the ATM she used to allegedly defraud Rutkowski, FOX6 Investigator Bryan Polcyn actually found McAtee standing at the ATM.

"This lady had a spending habit," McAtee said.

McAtee was hired in September 2016 by Visiting Angels, an independently-owned** home care franchise in Milwaukee that assigned her to care for Rutkowski at her Greendale apartment.

"How long after you met her did you get her debit card?" Polcyn asked.

"A year?" McAtee said while twisting her face with apparent uncertainty.

Actually, police the said the same month McAtee starting caring for Rutkowski, there was a "dramatic increase in debit card purchases and cash withdrawals" on Rutkowski's bank account.

"Why did she have your debit card?" Horn asked Rutkowski.

"Because when I needed some clothes and that from Walmart," Rutkowski said.

Surveillance video from Walmart showed McAtee stocking up on everything from Gatorade and Easter candy, to laundry soap and a stack of DVD movies, and then using Rutkowski's debit card to pay for it.

"Did you take that to her?" Polcyn asked.

"Yeah. Everything we bought was taken to Grace," McAtee said.

Police reports indicated Rutkowski never saw any of it. 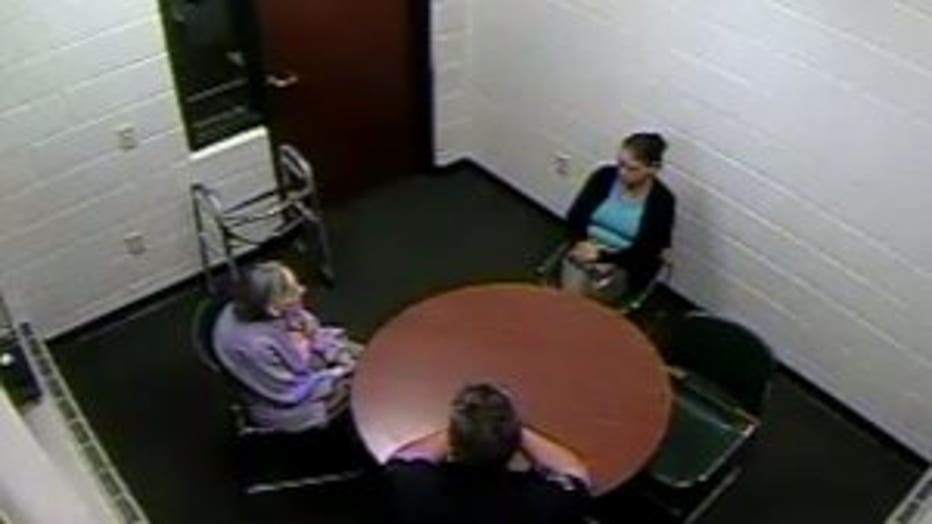 "Did she have permission to buy things for herself with the card?" Horn said.

"For me," Rutkowski said.

Records showed McAtee repeatedly used the card at an ATM just blocks from her own apartment and nowhere near Rutkowski's.

"I would grab the money here and then go to her house," McAtee said.

Four months after they first met, Rutkowski signed documents making McAtee her power of attorney. That meant McAtee had complete legal control over all of the elderly woman's finances.

"But why would you say yes to that if you don't know what that is?" Polcyn asked.

"'Cause she didn't have family," McAtee said.

"Why did you do that?" Horn asked in the recorded interview with Rutkowski.

"Because I didn't have one and I needed one," Rutkowski said.

"She clearly established a relationship, developed a trust, and then took advantage of that trust," Liermann said.

Days after they learned of it, McAtee stopped coming to work. Visiting Angels officials said she was "terminated," but for a different reason. 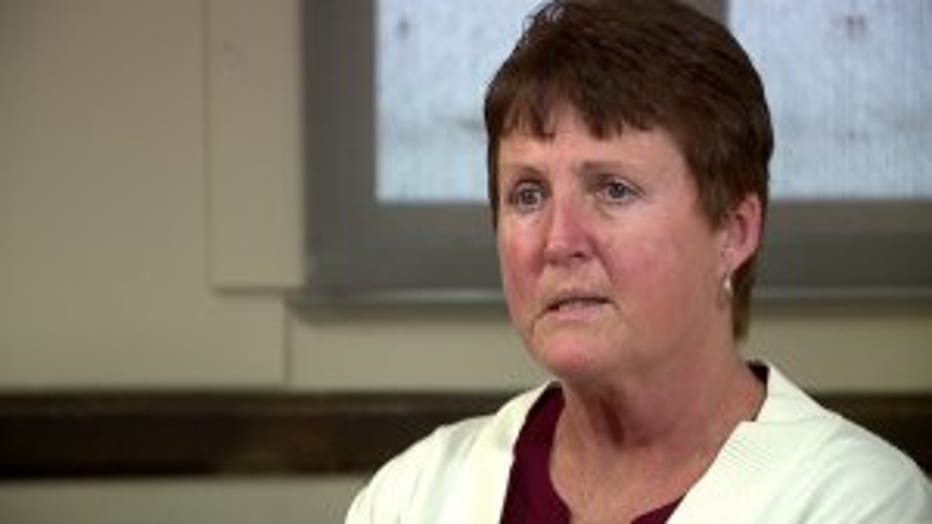 That same month, April 2017, Rutkowski moved to Lake Pointe Manor in Franklin, but for another full year, police said, McAtee kept her debit card, kept the power of attorney, and kept on spending Rutkowski's money.

What she failed to do was live up to her duty as POA in paying for Rutkowski's room and board. By April 2018, Rutkowski was 10 months behind in payments and owed nearly $8,000 to Lake Pointe Manor.

"Financial exploitation is a crime of opportunity and greed," said Doreen Goetsch, coordinator of Adult Protective Services for the Wisconsin Department of Health.

In 2018, Goetsch said agencies across the state took nearly 9,000 calls about elder abuse, with 20% of those calls involving some form of financial exploitation.

"These are crimes against our frail elderly, and we need to prosecute these cases," Goetsch said.

Then, there's Tenisha Ivy, who claimed to have found an assisted living client's debit card on the ground.

"I just figured, 'Oh, this is a card. I can use this. I mean, I'm not using my money,'" Ivy said in a recorded police interview.

She then proceeded to use the card at restaurants, bars, and gas stations.

"Yeah, I probably done used it to see if it worked or somethin' like that," Ivy said.

"But that is stealing," said a Milwaukee police detective. "Why would you use it if it`s not yours to see if it worked?"

"You're right. You can't put that any other way but stealing," Ivy said.

Woods, Reda, Wade, and Ivy were all found guilty of crimes and flagged on the state's caregiver misconduct registry, but Goetsch said that is the exception, not the rule.

"People are reluctant to report. They are often ashamed. They are embarrassed. They don't know who to tell," Goetsch said.

Even when they do, she said, police often treat it as a civil offense and prosecutors are hesitant to charge.

"Because the person has dementia," Goetsch said.

As McAtee's case languished in court for nearly a year, Rutkowski's health declined.

"Sometimes you get things mixed up," Rutkowski said.

Prosecutors eventually determined that progressive dementia had made her an unreliable witness, so they dismissed the case.

"The very kind of person she took advantage of was someone who was in failing health," Polcyn said.

"Correct. It worked to her advantage, unfortunately," Liermann said.

The former caregiver said she is the real victim.

"I can't pursue nothing I want to do with my career or further myself, because of this," she said. "I did what I could for this lady,a nd for everybody to put me out there like I'm a bad person? I'm only guilty of taking care of an elderly that did not have anybody. That's the only thing I'm guilty of."

That's true. Because prosecutors dismissed the case, Nicole McAtee is not guilty of a crime, but Franklin police said they still want you to know who she is just in case she ever comes to care for someone you love.

In Wisconsin, registered nurses, CNAs, and LPNs are all regulated by the Office of Caregiver Quality, which tracks allegations of abuse, but Nicole McAtee was not a CNA or LPN. She was a "personal care worker," meaning she helped with meal prep, bathing, cleaning, and so on.

Personal care workers are not required to be licensed and, according to the Wisconsin Department of Health Services, they are not tracked or regulated.

In other words, theoretically, she could get another job as a personal care worker, assuming someone would hire her.

If you want to protect someone you love from elder financial abuse, DHS recommends you keep a close eye on their accounts. If you can, register for email or text notifications whenever there's a withdrawal or debit on the account.

If you suspect abuse of any kind, call your local county's elder adults-at-risk helpline. There is one for every county in Wisconsin. CLICK HERE to learn more.

**Visiting Angels is a national network of home care agencies with franchises that are independently owned and operated. This case involved a caregiver hired by the Milwaukee office of Visiting Angels, managed locally by Angela Sanchez. In a voicemail left for the FOX6 Investigators, Sanchez indicated that Nicole McAtee was "terminated," but not for obtaining Power of Attorney over Rutkowski. Sanchez said she was unaware of the POA until shortly before McAtee's employment ended.