MILWAUKEE -- The U.S. Supreme Court has declined to review the John Doe investigation into Gov. Scott Walker's 2012 recall campaign, meaning the halted case is officially over. 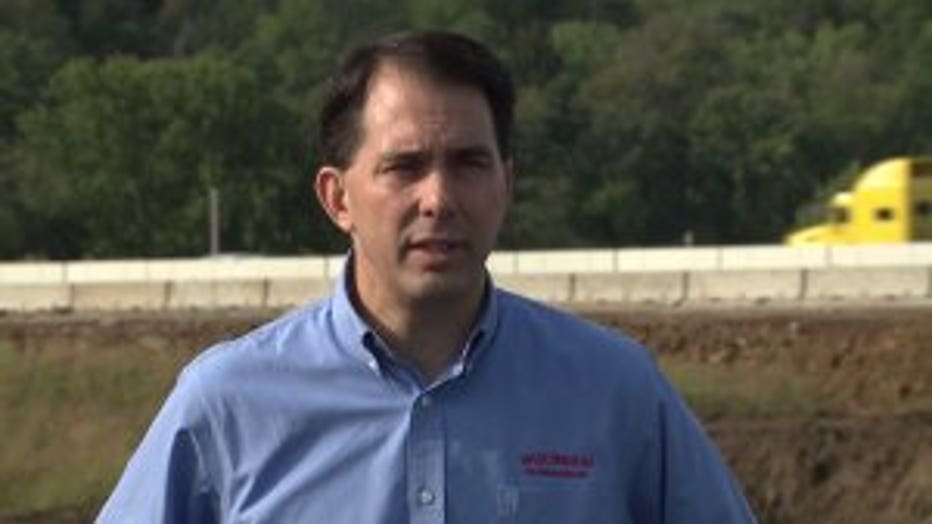 The court issued no explanation for its decision, as is typical in such cases. It is a blow to three Wisconsin prosecutors, including Milwaukee County District Attorney John Chisholm, who were asking the high court to revisit a state Supreme Court decision shutting down the Doe.

Investigators were asking whether Walker's campaign illegally coordinated with conservative groups. Hundreds of documents leaked to The Guardian newspaper in September showed that Walker did direct millions of dollars in corporate donations to the Wisconsin Club For Growth. But the state Supreme Court in 2015 found such activity to be legal.

"The U.S. Supreme Court, the Wisconsin Supreme Court, and multiple judges have all reached the same conclusion with every ruling - that this investigation by prosecutors was without merit and thus must be ended," Walker said in an emailed statement. Other than the statement, the governor did not comment publicly.

In appealing the state Supreme Court's 4-2 decision, the John Doe prosecutors argued that two of the justices that sided with Walker should've recused themselves from the case because of a conflict of interest with the Club For Growth.

In one leaked email, Walker credited the Club For Growth for helping to re-elect former Justice David Prosser. The group also spent hundreds of thousands of dollars to help Justice Michael Gableman.

In another email, one man said indicated on the memo line of his $10,000 check that he was donating to the Club For Growth "because Scott Walker asked." 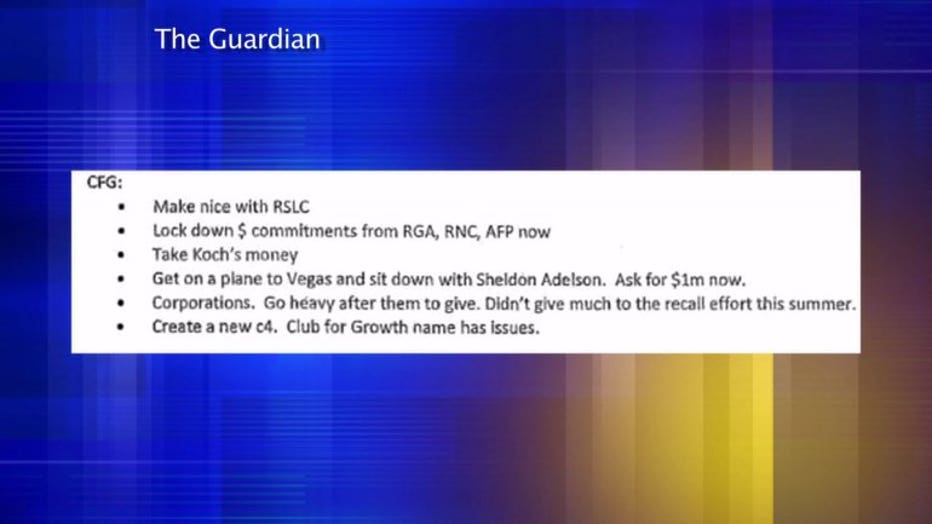 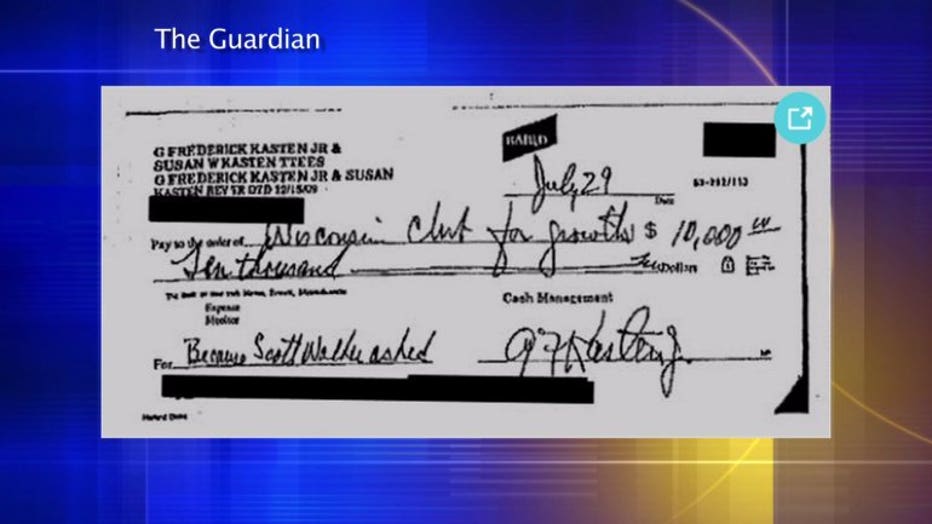 The three John Doe district attorneys -- John Chisholm of Milwaukee County, Ismael Ozanne of Dane County, and Larry Nelson of Iowa County -- said in a joint statement Monday that they were "disappointed" by the U.S. Supreme Court's decision not to review the case.

"We are proud to have taken this fight as far aw the law would allow," the prosecutors said. "We look forward to the day when Wisconsin adopts a more enlightened view of the need for transparency in campaign finance."

Republican and Democratic-leaning attorneys told FOX6 News that they weren't surprised by the U.S. Supreme Court's decision. They offered differing perspectives on the case's outcome.

"For the first time in my career, you have seen the subjects of regulatory/criminal litigation bring unlimited resources to bear and litigate the law enforcement process to its knees," said Jeremy Levinson, a Milwaukee attorney who has represented the state Democratic party.

It will likely never be known how much the John Doe prosecutors spent to investigate the Walker campaign and litigate the case. The Doe's opponents said it went on for too long without merit.

"I’d say it’s safe to assume that the cost would be in the millions," said Jake Curtis of the conservative Wisconsin Institute for Law and Liberty. "And, unfortunately, that’s at the expense of the taxpayers." 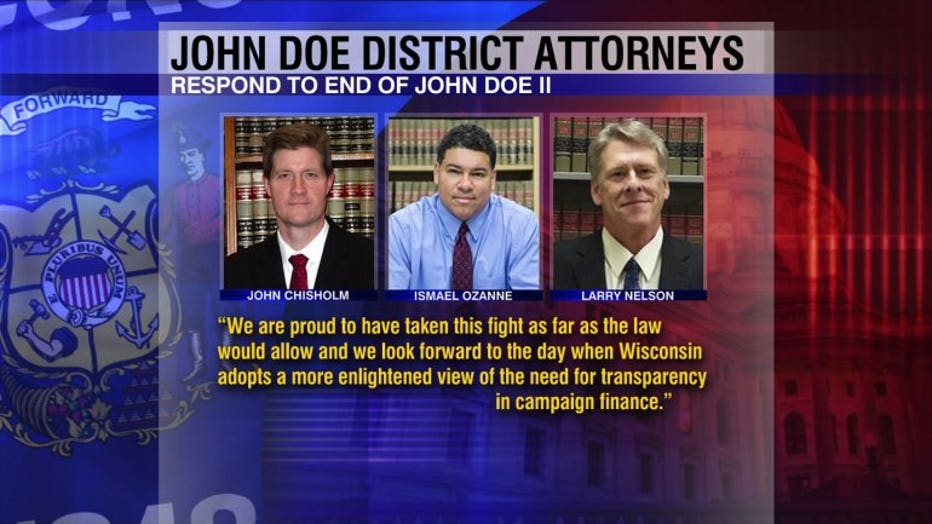 The prosecutors have 30 days to turn over evidence collected in the John Doe case to the state Supreme Court, according to the court's 2015 decision shutting down the investigation.

Sue Schrader, a spokeswoman for Chisholm, did not respond to an email asking when Chisholm planned to comply with the order.