“It`s historic for the state, for Waukesha:” Governor Scott Walker to announce bid for the White House

"It`s historic for the state, for Waukesha:" Governor Scott Walker to announce bid for the White House

WAUKESHA -- Waukesha will be the backdrop for Governor Scott Walker's presidential announcement Monday, July 13th. Walker will take the stage at the Waukesha County Expo Center, in front of a crowd of about 3,000. On Monday evening, Walker will make his bid for the White House in 2016 official.

After months of speculation, there's no denying it now. Governor Walker wants 2016 to be his year, and his journey to the White House begins Monday in Waukesha.

"It`s historic for the state when you have a governor announcing he`s running for president.  To have it be done in Waukesha also makes it historic for the city of Waukesha. The name Waukesha will pretty much be on every single news channel," Waukesha Mayor Shawn Reilly said. 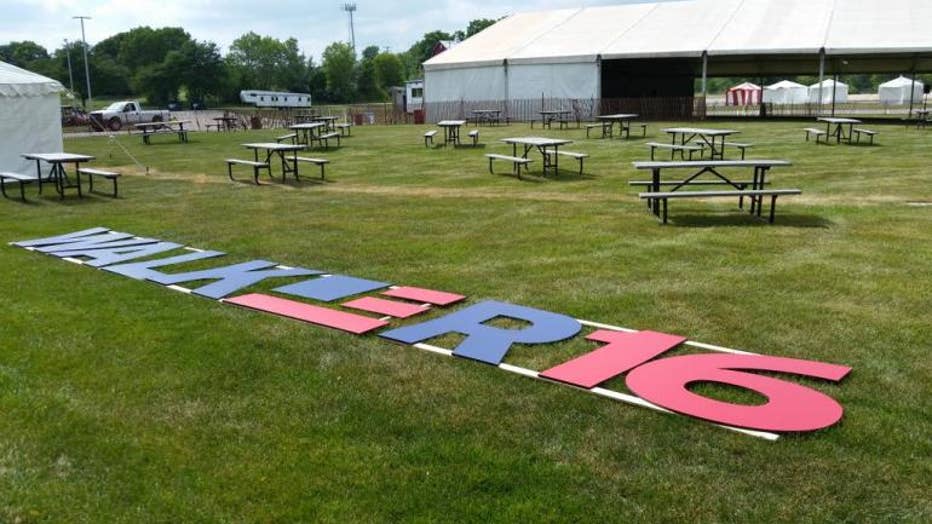 "It really became a logistical question. Could we house this event and the County Fair preparations at the same time?" Teri Adlam, manager of the Waukesha County Expo Center said.

“Having the governor announce his candidacy in Waukesha is great for the community, and the Expo arena is the perfect place to accommodate the large crowd,” said Shari Black, Executive Director of the Waukesha County Fair in a statement to FOX6 News. “Yes, our setup schedule has been affected, but my team will work hard and we will be ready for our fairgoers on Wednesday afternoon.”

We're told there are extra hands on deck to make sure both of these events go off without a hitch.

"Without that help, it probably couldn`t have happened. A lot of juggling. A lot of overtime," Adlam said.

The Waukesha County Expo Center is where Walker held his victory party after the 2012 recall election.

"It doesn`t look like our arena right now. They`ve have completely transformed it. The logo is beautiful. It`s really sharp and clean," Adlam said.

Waukesha County itself is really the heart of the Republican Party in Wisconsin.

We're told a crowd of about 3,000 is expected for Walker's announcement Monday. There is an overflow tent set up outside, in case even more people show up. 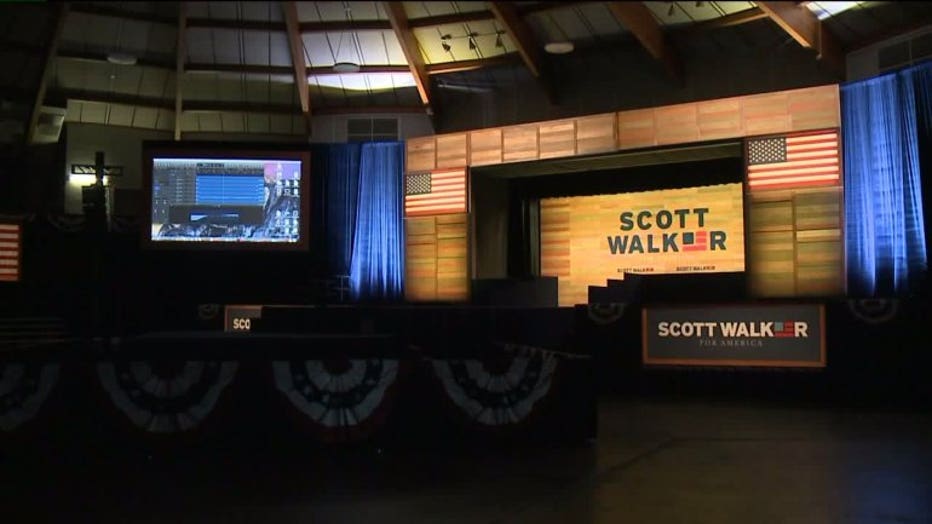 Anyone looking to attend needed to pre-register for tickets in advance. You'll need to bring a photo ID and that ticket if you plan on attending the event.

Organizers advise folks to get to the Waukesha County Expo Center by 1:00 p.m. to ensure a spot inside. The parking lot opens at 12:30 p.m.

"We're going to have traffic issues we'll be dealing with and it will be compacted into a small time frame," Waukesha County Sheriff Eric Severson said. 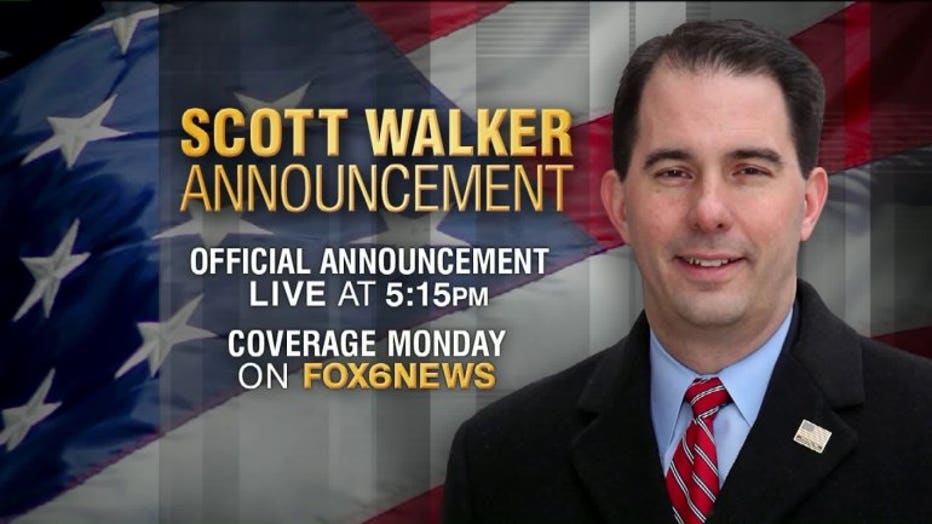 Walker plans to campaign in Super Tuesday states this month after formally declaring his bid for the presidency, a nod of acknowledgment that he expects a prolonged battle for the Republican nomination.

Later in the month, Walker will visit Tennessee, which also has a primary scheduled on the first Tuesday in March.

In addition, the Wisconsin Republican has scheduled July campaign stops in Illinois, Missouri and North Carolina — three states that will hold primaries on March 15.

CNN will host a GOP presidential primary debate on March 10 in Florida, which also is scheduled to hold its primary on March 15. The March 15 primary is significant, because it is the first time states will be allowed to institute a “winner-take-all” awarding of delegates.

Walker also plans to visit California in July, one of the final states to hold its primary in June 2016.