"We're excited to see how it looks," said Nicholas La Joie, who came out early to see the streetcar roll in. 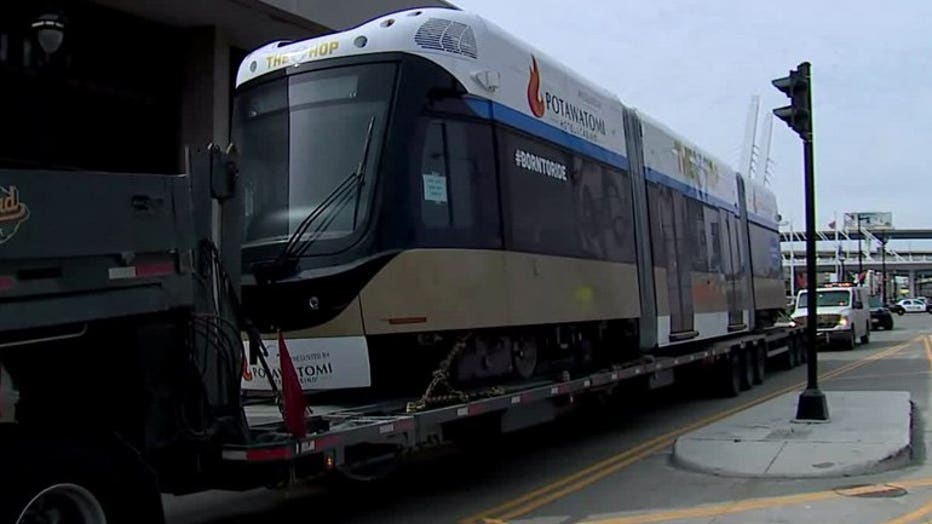 "It's here!" exclaimed Mayor Tom Barrett, right after the streetcar was delivered on St. Paul Ave. "We recognize this is a significant step forward -- and you can sense the excitement growing as we get closer and closer." 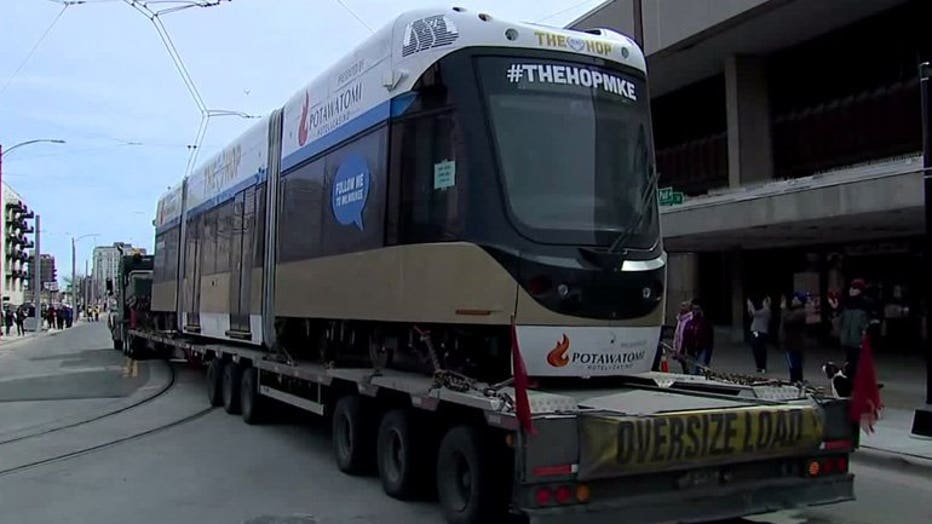 The 67-foot long, 83,000-pound streetcar vehicle traveled from the Brookville Equipment Corp. through Ohio, Indiana and Illinois before arriving in Milwaukee.

"Steel wheels will again be running on steel rails in Milwaukee, Wisconsin -- and that is a truly historic occasion," said Milwaukee Alderman Bob Bauman. 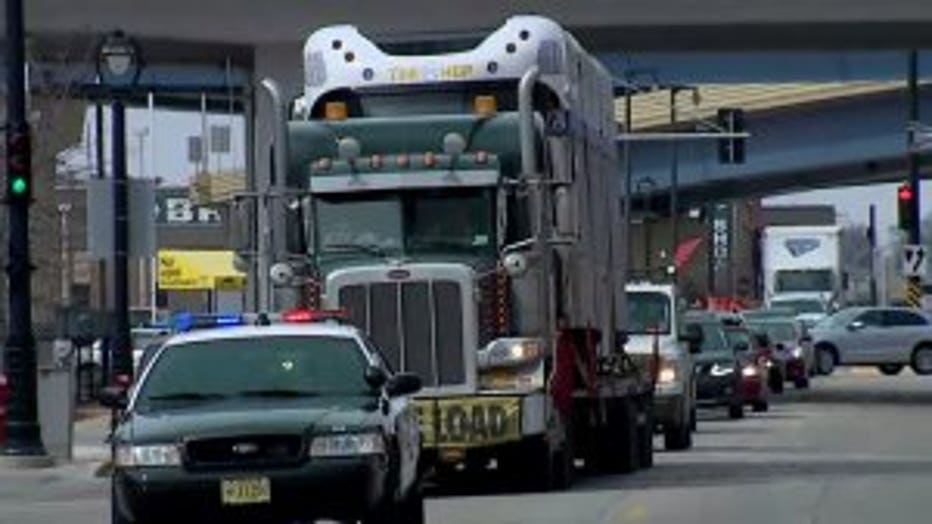 Barrett  said the project is about economic development as much as it's about public transit. Supporters have noted Milwaukee was one of only two cities among the top 30 U.S. cities in population density that did not have fixed rail transit.

Critics of the two-and-a-half mile route, going from the Intermodal Station to the Lower East Side, say it is too small to be transformational.

Supporters have a plan for route extensions past the new arena and to the Walker's Point neighborhood but they do not have the money it will cost.  Mayor Barrett told reporters he is confident the funding will come.

"You can't always expect to get it on the first go-around. For example, the lakefront extension, it took us several requests to get it, so we are in no way discouraged by anything that's going on right now," Barrett said.

The cost of launching the project is $128.1 million. $69 million of it is coming from the federal government through a pair of grants. The remaining $59.1 million will come from a trio of Tax Incremental Funding districts. TIF districts keep all the property tax money in its area and fund a dedicated project. The hope is the project will spur more growth, leading to significant growth in property values which will generate more tax revenue for the entire city once the TIF expires.

Monday's streetcar arrival marks the first time the fleet’s color scheme was seen by the public. It is the first of a five-vehicle order with the remaining cars slated to arrive over the next few months. 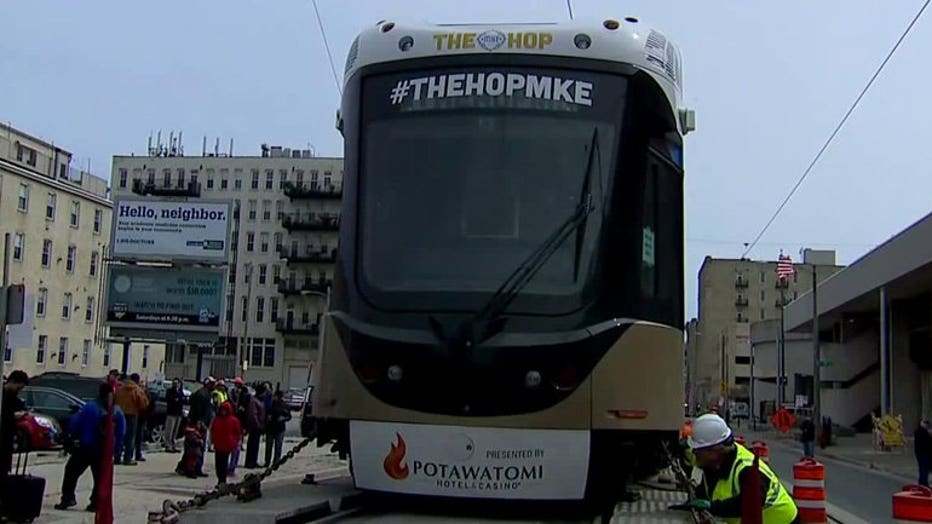 On-street testing of the first vehicle will begin next month on between St. Paul Ave. and Plankinton Ave. with testing along the full initial route to begin this summer.

The goal is to have The Hop open for passenger service by November.