MILWAUKEE -- Firefighters were called out to a home near 27th Street and Melvina Avenue Monday evening, Dec. 16 for a fire. Milwaukee police said three people escaped the building that was deemed a total loss.

The call came in around 6 p.m.

Crews worked vigorously for hours to extinguish the flames.

When FOX6 News arrived, out cameras captured flames shooting from the roof of the duplex.

Firefighters used ladder trucks to reach the roof to put out the flames. 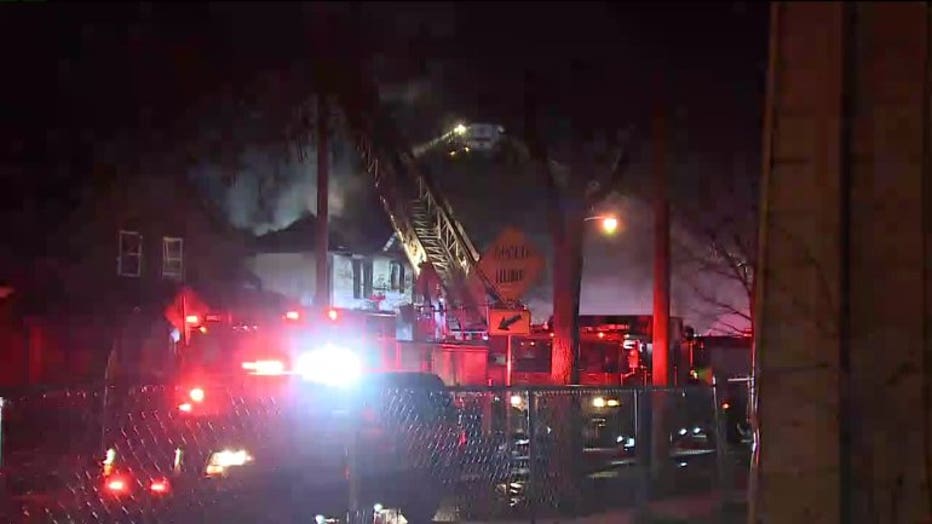 Fire near 27th and Melvina