Are you worth more dead or alive?

Are you worth more dead or alive?

MILWAUKEE (WITI) -- In Wisconsin, when you sign up to be an organ donor, you are also signing up to donate your tissue. Tissue is everything that's not a living organ, like skin, veins, heart valves, and tendons. 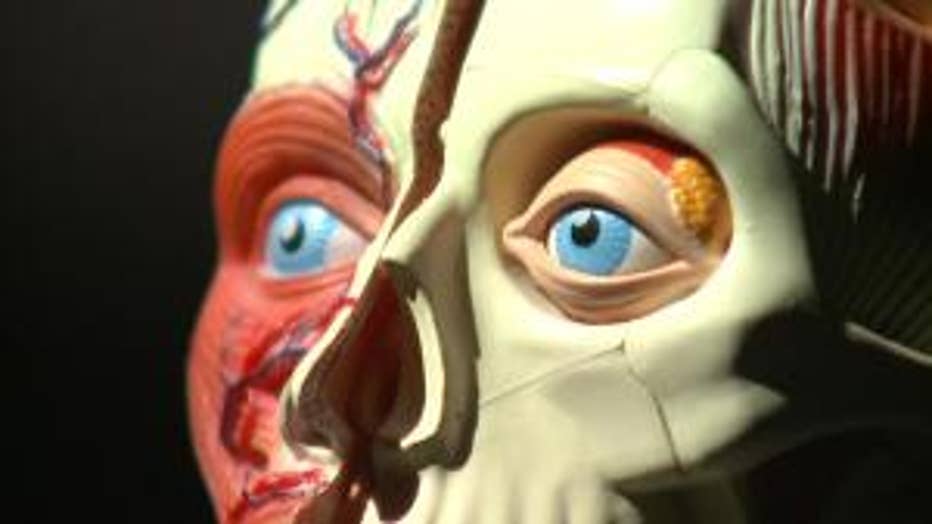 And while buying and selling human body parts is illegal in the United States, tissue banks and publicly traded companies are making a lot of money on human tissue.

Chris Truitt, who lives just outside of Madison, Wis., is an expert of sorts on the issue. His daughter, Alyssa, died when she was only 2 years-old. Truitt and his wife decided to donate her organs and her tissues.

Truitt says he was so moved by the process, he wanted to become part of it. He quit his job, and became what's called a tissue procurement technician - someone who strips human bodies of tissue after they die.

"I just kinda woke up one day and decided you know what, I need to do this," Truitt says. 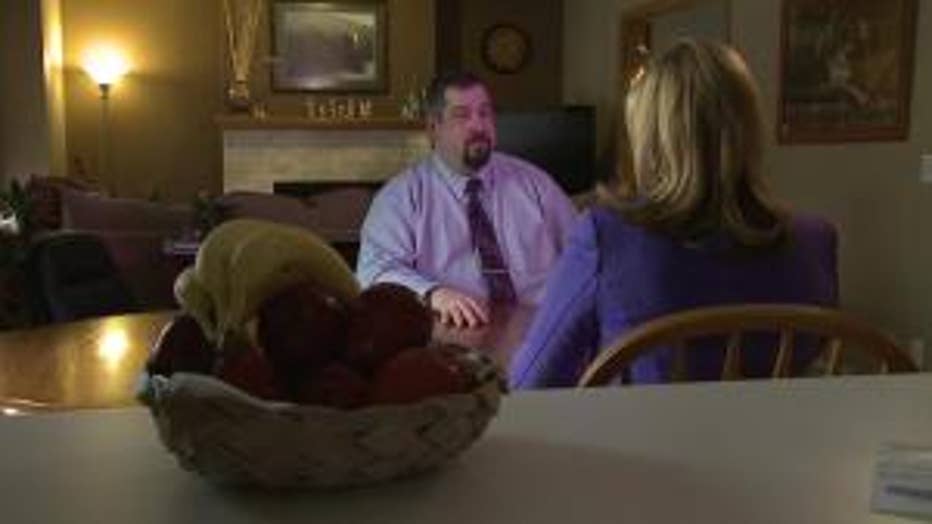 He took a job at a tissue bank in Madison. Late at night he'd get the call that someone died. He'd rush to the scene. He did that for five years until something changed.

"We were eventually bought out by a for-profit company and through that transition of course we switched from doing what's right by the donors, being stewards of the gift, to monitoring the bottom line," Truitt says.

It's what he calls the dark side of tissue donation. The more tissue you can salvage, the bigger the profits, even if that means essentially butchering a body. At one time, he says, he and his colleagues were competing. Whoever could strip the most skin off a body was rewarded. 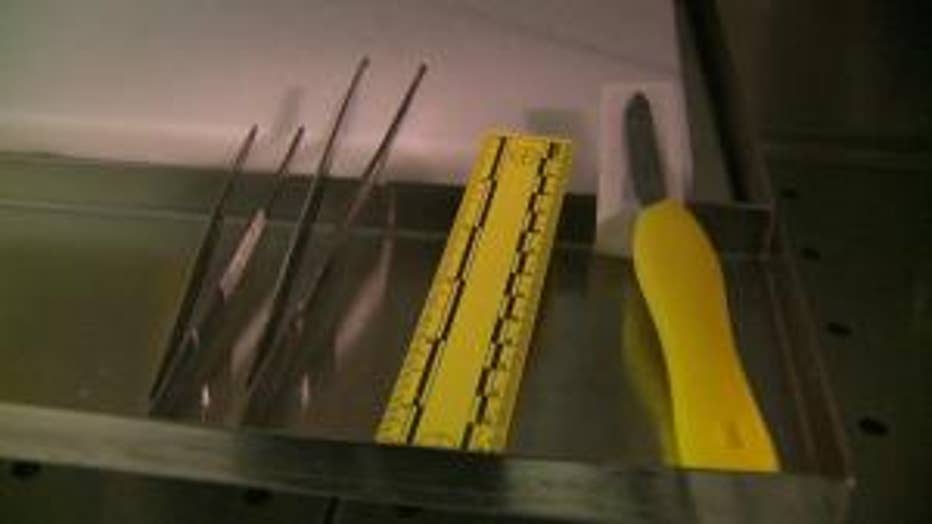 "You know there's a price tag on every piece of tissue a human has. You can put a price on a bone, you can price on a square inch of skin and it turned it to making sure we got all those pieces of bone, all that skin, maximizing the profits. I just couldn't do it anymore," Truitt says.

Tissue banks like the one Truitt worked for get tissue from a variety of sources like funeral homes, hospitals and morgues.

In February, Waukesha County did something did something nobody else had ever done in Southeast Wisconsin. The medical examiner asked tissue banks to compete for the exclusive right to recover tissue. Click here.

Truitt calls it "bidding for bodies."

In the United States, the 1984 National Organ and Transplant Act prohibits buying and selling organs and tissues. But there's a loophole. Agencies can recover the reasonable costs of collecting body parts. 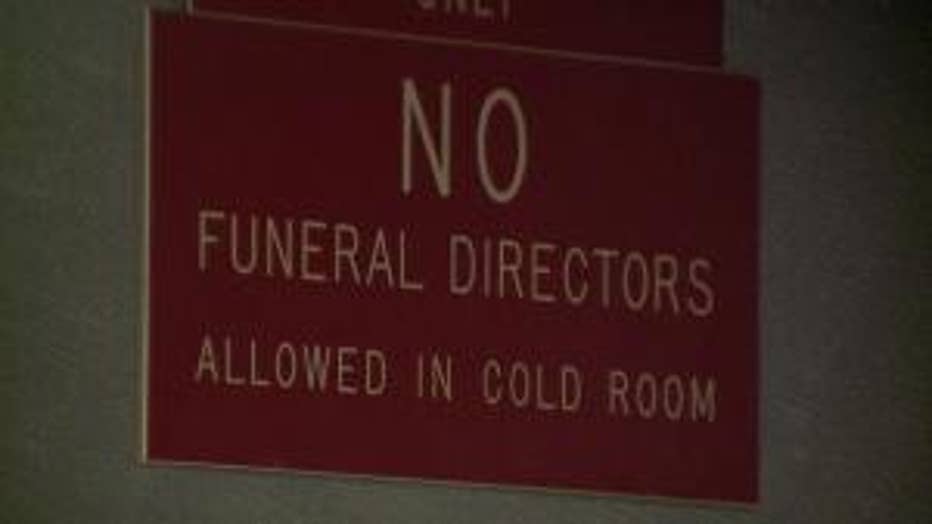 In other words, tissue banks and tissue companies set prices for the tissue they collect and eventually sell. Morgues get "reimbursed" by tissue banks for the use of their facility. In Milwaukee County it's a fixed cost. Tissue banks pay $7330 a month to use the morgue. In Sheboygan, it's $750 every time a tissue bank uses the facility. The costs are supposed to be set ahead of time - not set per body.

When Waukesha County put a tissue contract out for bid instead of setting a fixed cost for the use of the morgue, eyebrows raised. 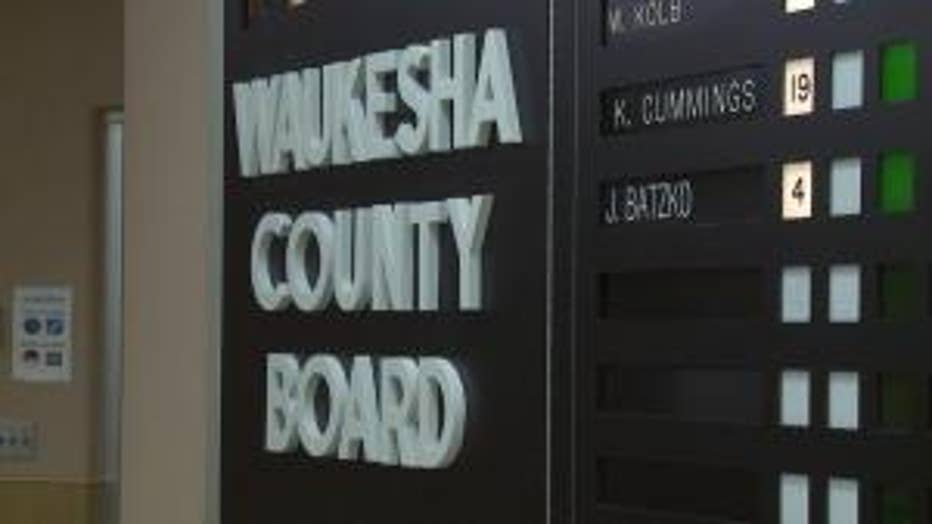 An attorney for the Blood Center of Wisconsin wrote in a memo to the Waukesha County Board "the highest bidder approach is unlawful."  The Blood Center said it was illegal for the county to "profit from human tissue donations." See the letter, here.

Notwithstanding that position, the Blood Center -- who held a previous contract with the county for donor services -- still put in a bid. The medical examiner said her costs were around $60,000 last year, so that's where the minimum bid was set and that's what the Blood Center bid. Another tissue bank, based in Madison called RTI Donor Services, bid $15,000 more. The contract went to the highest bidder, but the medical examiner insists it wasn't about the money. 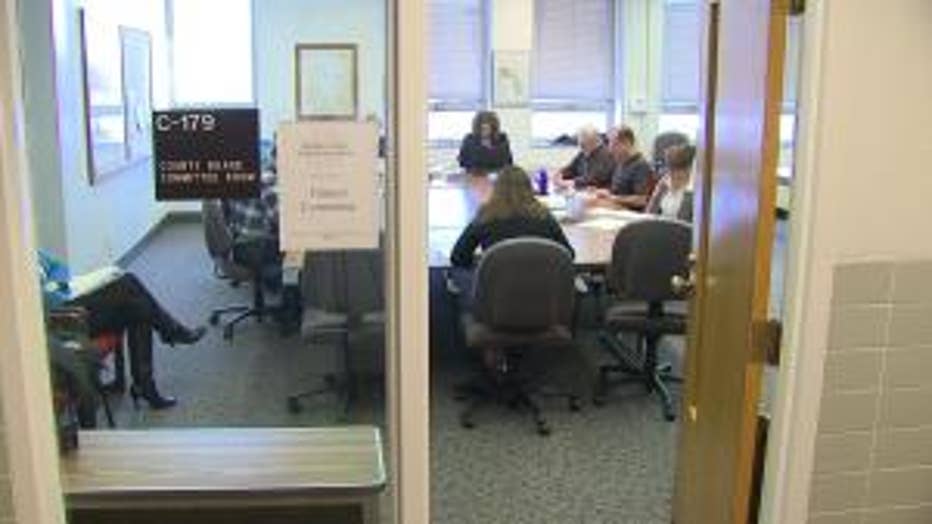 "It can't be driven by money, my choice of tissue bank," Dr. Lynda Biedrzycki explained to the Waukesha County Board's finance committee. She implied that she wasn't happy with her past working relationship with the Blood Center, and said she had little to do with the decision to bid out the contract. She told board members the purchasing department made that decision, to streamline billing.

The County's Assistant Corporation Counsel, Erick Weidig, tried to justify putting the contract out for bid, by saying the extra $15,000 was merely reflective of what the state-of-the-art morgue was worth to RTI.

"We chose to use the bid process because we thought that process most fairly allowed the county to accurately recover what its costs would likely be," Weidig explained.

Some board members say they never got the letter from the Blood Center. Those that did, however, overlooked the allegations of illegal bidding, saying they trusted advice of corporation counsel that the process was in fact legitimate. 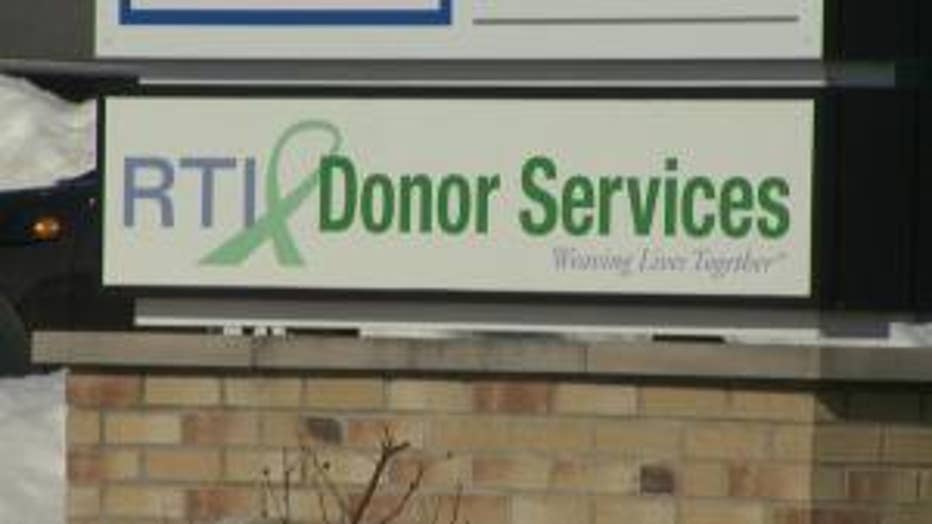 Board Member Jennifer Grant, who voted no to the contract, said RTI isn't an agency she'd want to work with. "I voted my conscience," she says.

The winning bid meant an extra $15,000 to the county, but it means even more to the tissue bank. Truitt says a single body can be worth $80-100,000 in tissue. Hospitals will pay big bucks for implants and recipients will shell out for costly medical bills. According to their financial statements, even not-for-profit tissue banks are making millions of dollars a year.

"You know to put it simply, profits are doing something for the greater good. Profiteering is turning those into your Lexus in your driveway or your beach house in Maui," Truitt says.

Truitt says much of the tissue it takes from bodies in Wisconsin is given to it's for-profit arm, RTI Biologics, a publicly traded company that, according to financial reports, relies on tissue to make money. Last year RTI Biologics reported it made $85 million in gross profits. Financial reports show its CEO made more than  $1.5 million.

Truitt admits some families and some donors may have no problem with that, especially because human tissue implants can greatly improve quality of life. But he says tissue donations are supposed to be respected gifts -- not a vehicle for a total stranger to turn a profit.

The tissue industry doesn't seem to want to talk about it. RTI refused an interview, only saying in a voicemail that it has been facilitating safe tissue in Wisconsin for 15 years.

The Blood Center of Wisconsin wouldn't sit down with us, either. 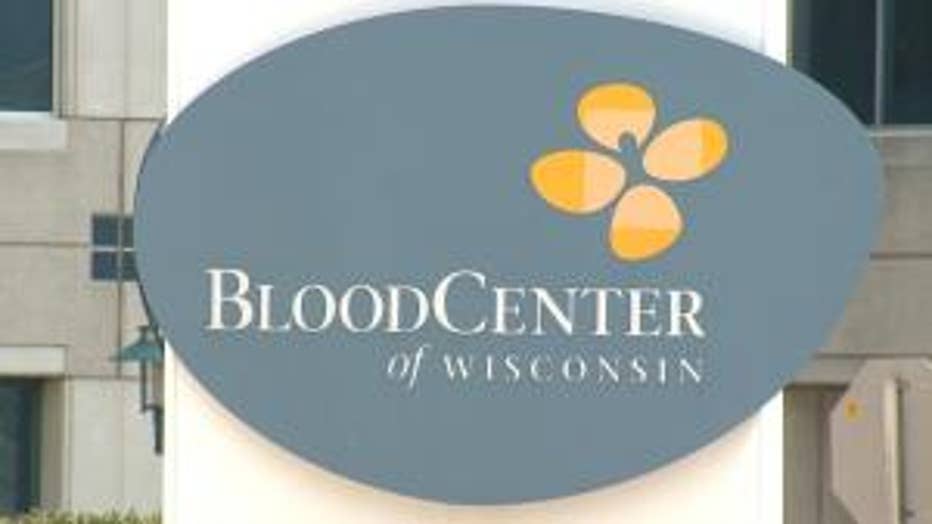 The American Association of Tissue Banks asked us not to refer to tissue donations as an industry because it "sounds inhumane." When we pointed out their own CEO calls it an industry another company executive told us "he's new,"  and refused to answer anymore of our questions.

"For many years it made me physically ill after I went down to the headquarters of the tissue company and saw all the nice cars sitting in the parking lot," Truitt says. Those cars are there because of the money they made off of my daughter's heart valves and that is just wrong."

Wrong -- but not black and white.

Truitt is no longer a tissue donor, but he doesn't want to discourage people from donating. He just wants more oversight and more regulation of the tissue industry before he signs up again. 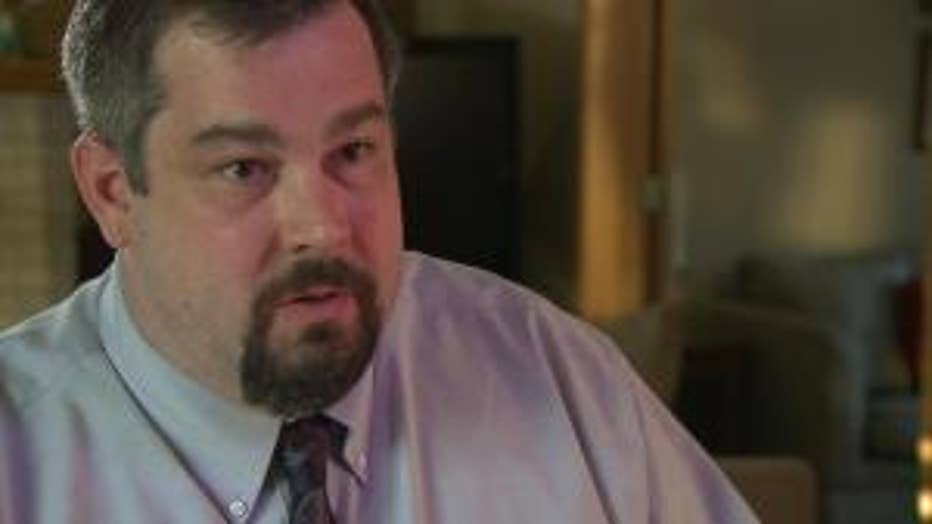 "If you asked the burn victim is it worth it - you got the skin your life was saved - they`ll tell you absolutely. If you ask the person that gets the heart valves, or the veins, or something else, was it worth it, they'll say well you know it saved my life so yeah. If you ask the donor families? I don`t know anyone who would say profiteering is a good thing. It's just, it's not worth it."

Truitt says attaching such big price tags to tissue incentivizes people to cut corners. For example, he says, people are more likely to illegally harvest tissue, and tissue banks are more likely to accept "dirty" tissue without making sure all paperwork accompanying the body is legitimate.

Wisconsin residents who want to opt out of donating their tissue can simply write "NO TISSUE" on the back of their driver's licenses. If you are interested in donating your tissue to a specific tissue bank, you need to specify that in a will or other legal document.