MPS teacher on leave after tweets on Limbaugh`s cancer

MPS teacher on leave after tweets on Limbaugh`s cancer

MILWAUKEE -- Milwaukee Alderman Bob Donovan in a statement Wednesday, Feb. 5 called for the discipline of a Milwaukee Public Schools teacher due to his tweets in the wake of Rush Limbaugh's revelation that he has advanced lung cancer. The alderman wrote that this teacher, "has no business in an MPS system classroom." MPS officials announced Wednesday afternoon the teacher was placed on leave.

Rush Limbaugh, a prominent political radio host, said Monday, Feb. 3 he was beginning treatment for lung cancer. Limbaugh, 69, told his radio audience Monday that he was diagnosed with an advanced stage of the disease. He said the diagnosis was confirmed on Jan. 20. During his State of the Union address Tuesday, President Donald Trump awarded Limbaugh the Presidential Medal of Freedom.

After Limbaugh's announcement, Donovan said in his statement that Travis Sarandos, a teacher at Milwaukee High School of the Arts, took to Twitter and "told his 1,323 followers he was glad," writing, "Rush Limbaugh absolutely should have to suffer from cancer. It's awesome that he's dying, and hopefully, it is as quick as it is painful." 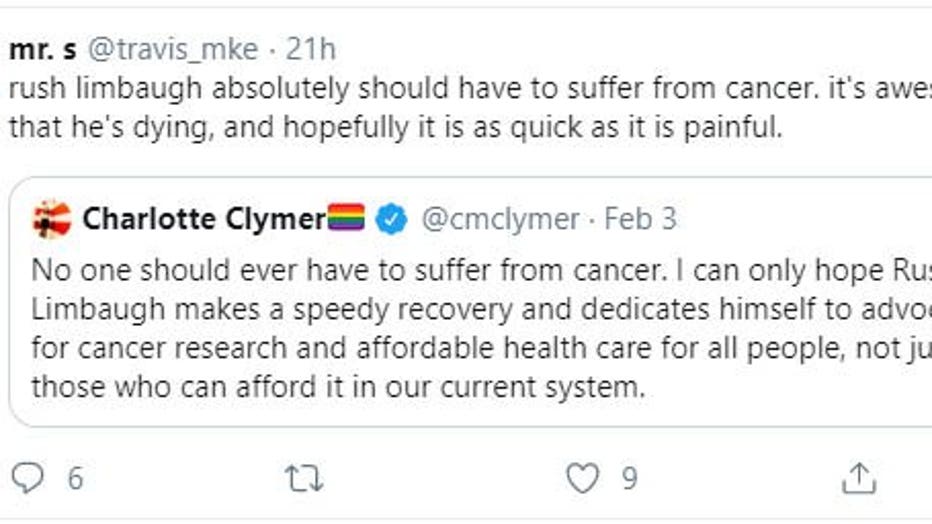 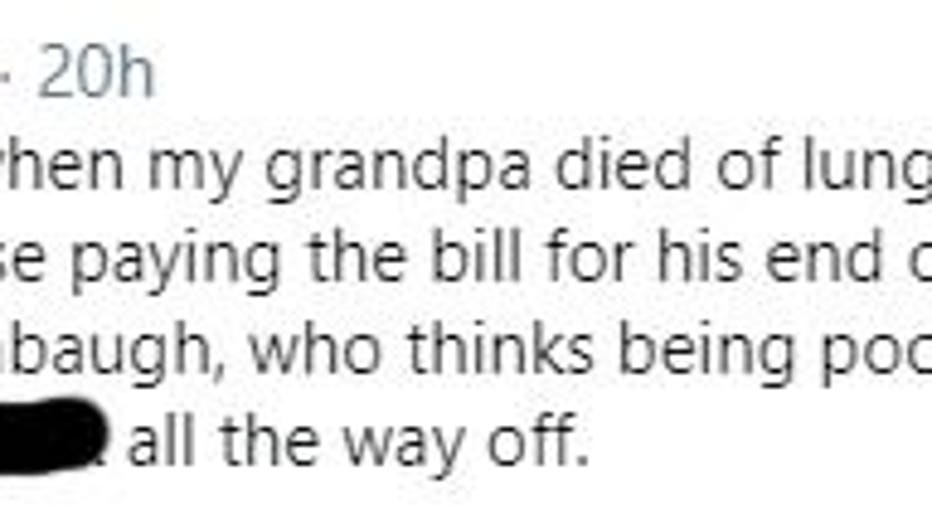 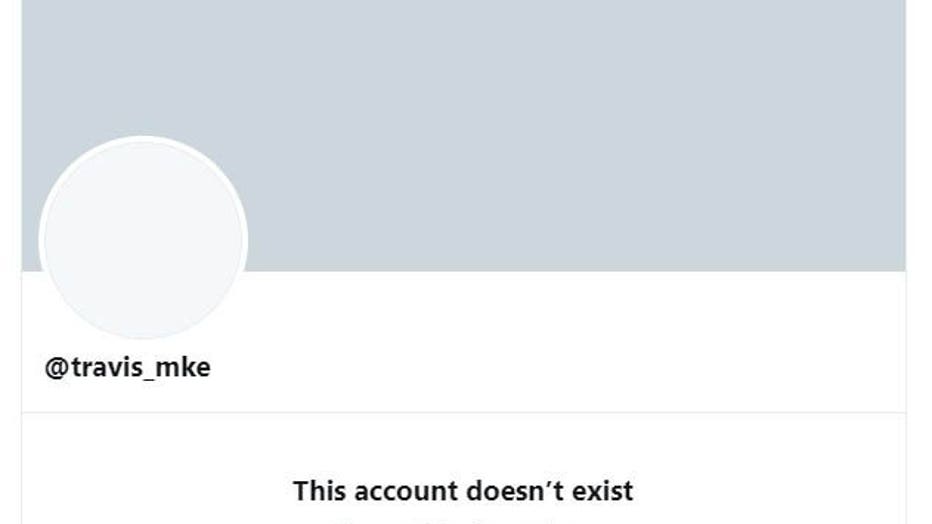 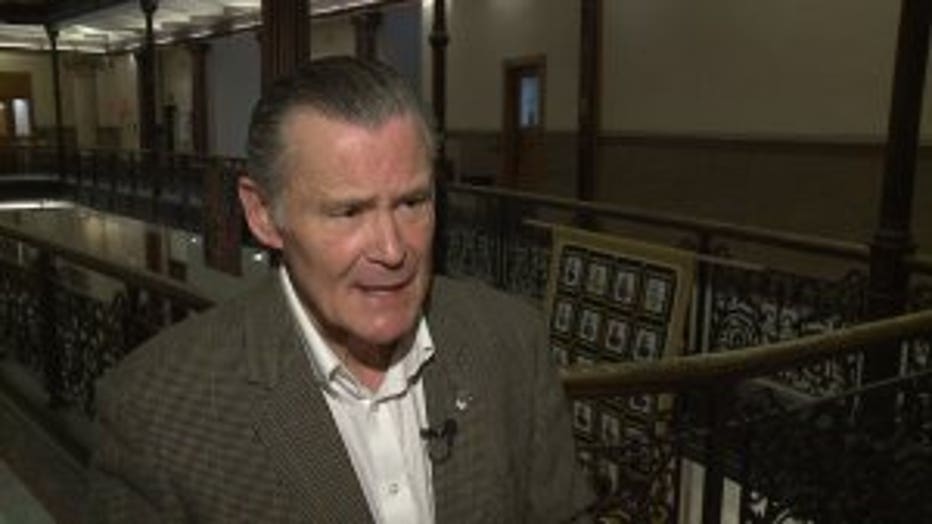 "It's so disappointing, and as far as I'm concerned, he needs to go," Alderman Donovan told FOX6 News Wednesday. "This kind of hatred has no role to play in people who are teaching our kids. It's there. It's out there, and you can't hide. I just think it's terrible."

Donovan told FOX6 there were other tweets published by Sarandos that he found highly offensive, including one he described as being hateful toward Christians.

Alderman Donovan's full statement is below:

"The Milwaukee Public Schools (MPS) system makes much of the importance of inclusion, tolerance, diversity, and mutual respect.  How, then, can it countenance the remarks made by Travis Sarandos, a teacher at the Milwaukee School of the Arts, via his Twitter account?"

"Shortly after political commentator Rush Limbaugh told his listeners he had been diagnosed with advanced lung cancer, Mr. Sarandos took to Twitter and told his 1,323 followers he was glad.  "(R)ush limbaugh absolutely should have to suffer from cancer," he wrote in a post as lacking in proper English usage as it is in tact.  "(I)t's awesome that he's dying, and hopefully it is as quick as it is painful."

"Not content to confine his rage to pundits, Mr. Sarandos earlier despaired for our collective future absent the extinction -- the extinction, mind you -- of Christian conservative voters.  As a possible remedy to their presence in the voting public he suggested, "...maybe we poison the communion wine?"

"Likely realizing he had been found out by WISN radio's Mark Belling, Mr. Sarandos, as of last evening, had taken down his Twitter page.  It would be easy enough to dismiss ill-written, juvenile nonsense like this were it not for his role in teaching our City's young people.  He is supposed to be an example of the inclusive, tolerant, and respectful spirit of the Milwaukee Public schools.  He is clearly nothing of the sort.  And he did not make his remarks in private.  He made them on one of the most public of platforms where any of his students could easily have seen them."

"In a referendum question on the Spring ballot, the MPS system will shortly be asking all Milwaukee residents to raise their taxes for its benefit.  Its representatives must surely know that one of the questions many have about approving this referendum is whether the system will be good stewards of the money provided.   If the MPS system is aware of Mr. Sarandos' statements and has taken no corrective action, it is hard to make the case that it has its own house in order."

"Mr. Sarandos' remarks deserve discipline.  In the meanwhile, he has no business in an MPS system classroom." 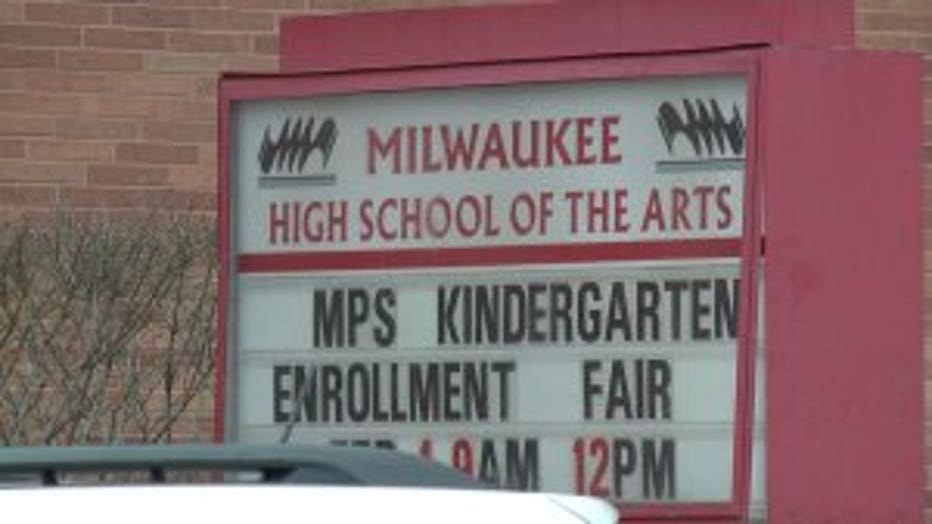 Milwaukee High School of the Arts

"We are aware of Mr. Sarandos’ actions and can confirm that he was not speaking on behalf of any students or staff of Milwaukee High School of the Arts or Milwaukee Public Schools. The district is following policy and procedures related to personnel matters."

"Mr. Sarandos has been placed on leave pending further investigation."

Sarandos responded to FOX6's requests for an interview Wednesday with the following statement:

"I regret the statements. It was meant as a joke, but it was in very poor taste. I do not have any further comment."