One of the breaks was on Capitol Drive and the second on Brookfield Road.

The break on Brookfield Road was affecting about 10 customers, who were without water as repairs were being made. The break on Capitol Drive was much more significant.

"It's a lot of work," Mike Terry, operations supervisor for the City of Brookfield Water Department said.

"It looks like a stainless steel clamp or saddle failed and it eroded a PVC pipe and from that point the PVC pipe split longitudinally. Very unusual -- but it does happen occasionally," Terry said.

It would take several hours to fix.

"It`s going to involve cutting out a section of this 12-inch water main and putting in a new piece of pipe," Terry said. 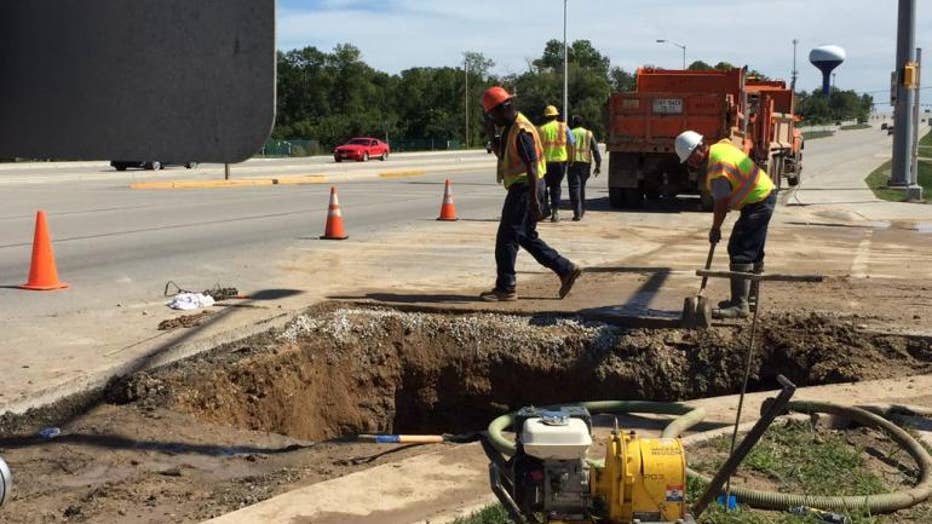 Three miles away, crews were hard at work repairing an eight-inch break on Capitol Drive near Imperial Drive.

"It can be an expensive operation today," Terry said.

The water main break on Capitol Drive forced a half-day at St. Dominic Catholic School -- not because they didn't have water, but to ensure bus traffic wasn't impacted later in the afternoon.

All Brookfield residents who were without water Wednesday are now back online.