The Beach Hazards Statement would remain in effect until 11:00 p.m. Monday for Ozaukee and Sheboygan counties.

Officials put up barricades at South Pier, hoping to deter people from going out onto the pier.

Sheboygan police advised swimmers at beaches to use extreme caution as there was a high risk of strong currents. 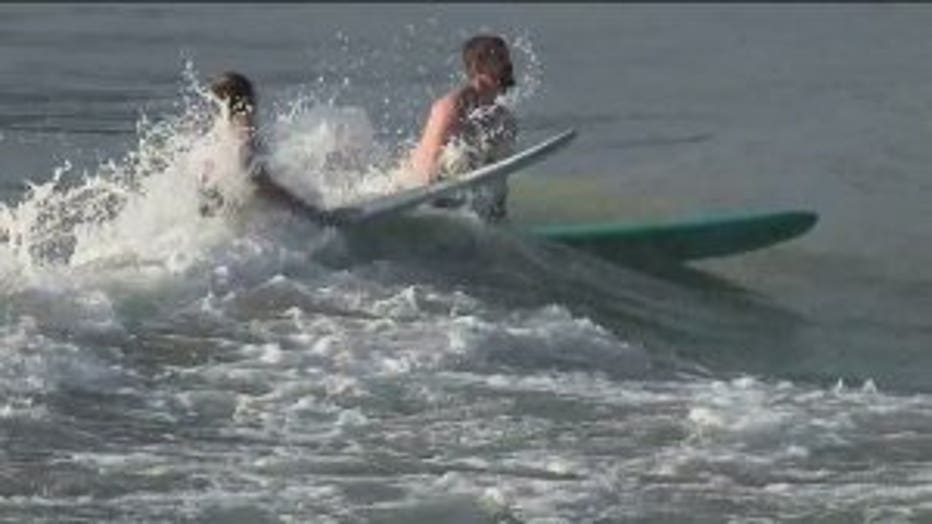 The second Matthew Theobald and his friends heard the National Weather Service's warning on Labor Day, they drove two hours from Madison to Sheboygan to surf.

But near South Pier, the waves were drawing a different kind of crowd.

"When the waves are crashing like that -- it's a death wish. Seriously. A death wish," Bob LaFave said. 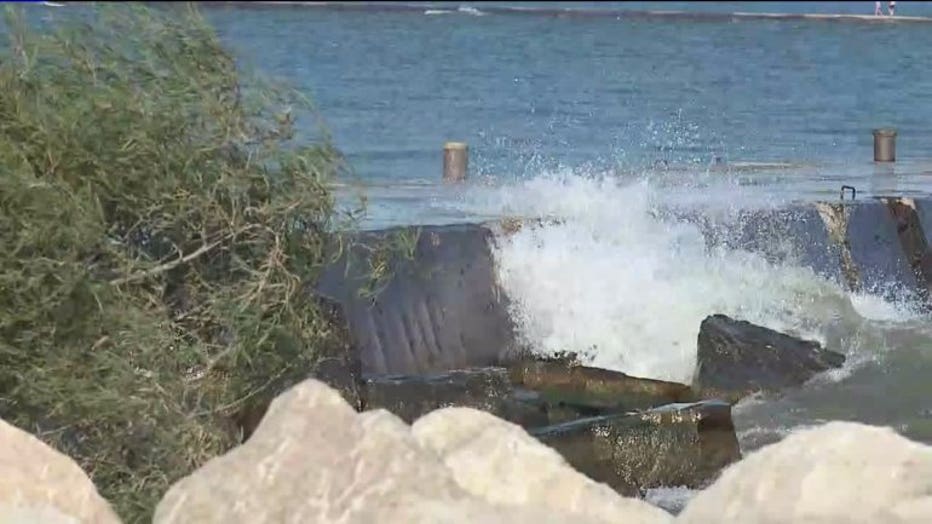 LaFave and others watched in horror as a man ignored police and city officials encouraging him to stay off South Pier because of the dangerous conditions.

"I don't want to watch a guy die!" LaFave said.

You may recall, three friends were thrown into Lake Michigan from South Pier by high waves back on July 17th -- and only one survived. 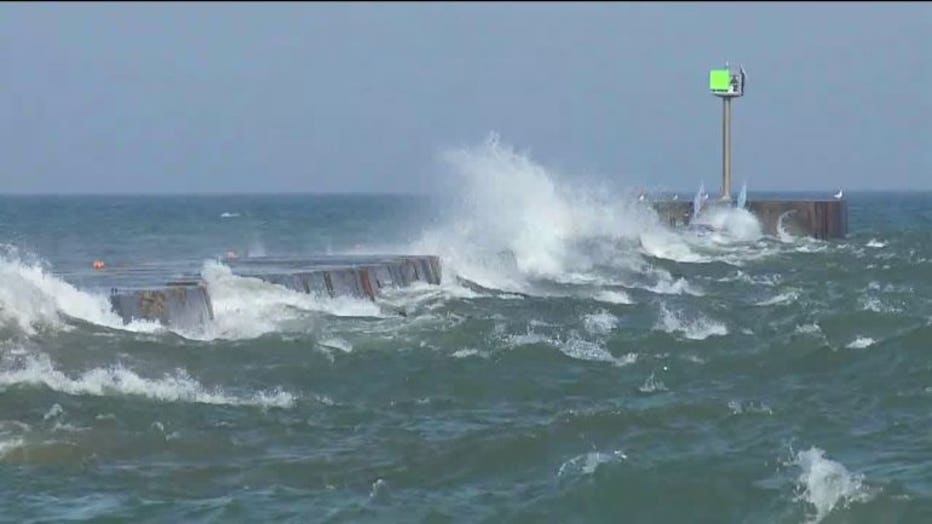 "We had two people -- two college kids lose their life.  I don`t know if this guy never heard of it or if he thinks that`s not dangerous -- but that's foolish ," LaFave said.

Some who had heard of the drownings in July said closing down South Pier was an over-reaction. 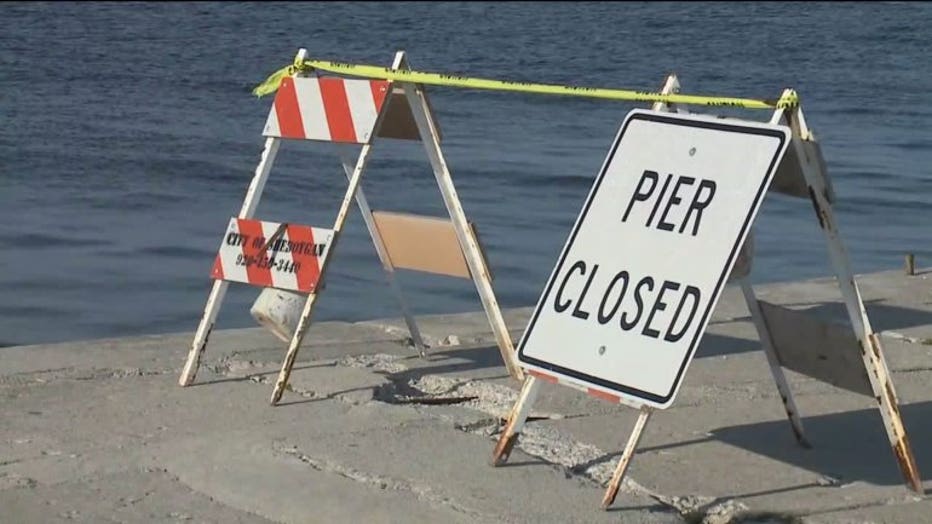 "If you don`t have reason to go out there, don`t go out there -- but I don`t see it as highly dangerous," Mike Burnette said.

Officials asked of people choosing to swim in Lake Michigan on Labor Day to use caution, and swim at their own risk. 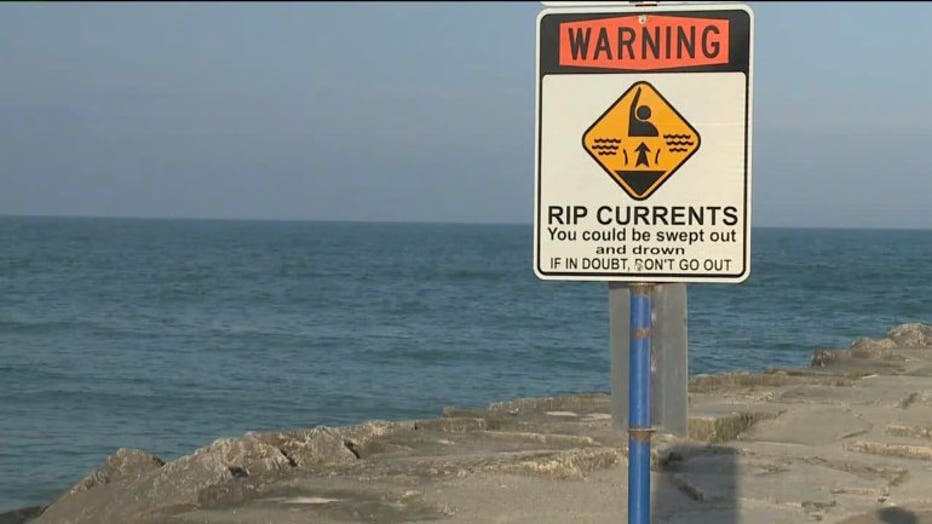 "As a kid as you knew to respect the lake, because it will take you, in a heartbeat," LaFave said.

Police weren't issuing tickets or arresting people for violating their orders to stay off South Pier Monday. The barricades were there in an effort to prevent any future tragedies.