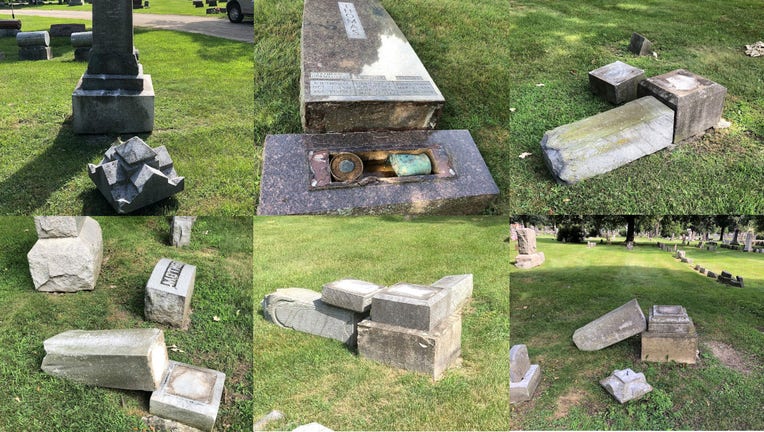 Vandalism under investigation at Mound Cemetery in Racine

RACINE - An investigation is underway after another bout of vandalism at Mound Cemetery near West Boulevard and Washington Avenue in Racine.

"It’s terrible when the final resting place of people in our community is damaged. Vandals snuck into Mound Cemetery last night, knocking over headstones and monuments, many which have been in the cemetery for nearly a century, and one of an infant. One headstone was smashed in the road and destroyed. To replace and repair the headstones and monuments is heartbreaking and costly. Please share!

If you have any information on the individuals that took part in this vandalism, please contact the City of Racine Police Department."

FOX6's cameras captured similar vandalism at the cemetery back in 2014.