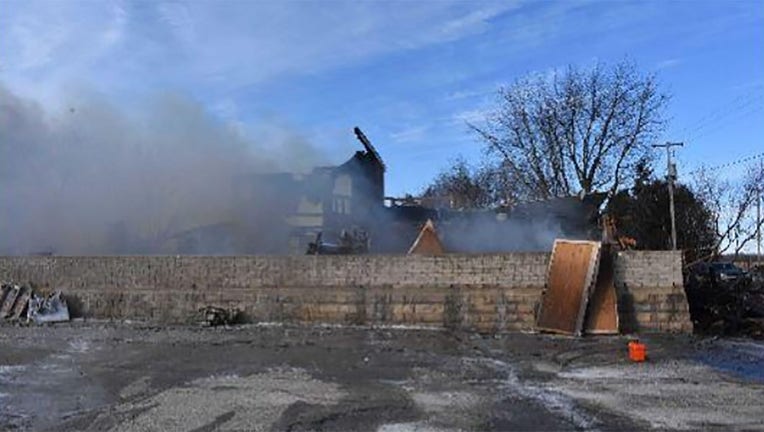 According to the Ozaukee County Sheriff's Office, personnel responded to the fire around 12:30 p.m. Wednesday. It had been extinguished, officials said, but rekindled around 5:40 a.m. Thursday.

The scene has since been cleared, and the property owner is handling the situation, the sheriff's office said. The building has been deemed a total loss. There were no injuries reported, and one person and pet have been displaced from an apartment.

The cause of the fire is not yet known. Twelve other agencies assisted at the scene; assistance from a 13th was requested.

A semi driver was cited after driving the wrong way on an I-43 ramp Tuesday, causing a crash.