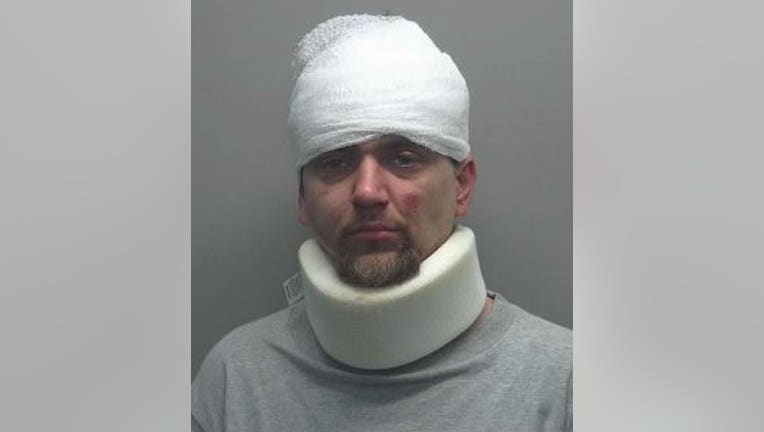 SHEBOYGAN COUNTY -- A 33-year-old man is facing charges for allegedly driving drunk and crashing a car into the Pigeon River off Rangeline Road in Sheboygan County -- and leaving his injured friend at the scene.

According to a criminal complaint, shortly after 6:15 a.m. on March 25, officials were called out for a report of a car in the Pigeon River. While en route, 33-year-old Andrew Christian, was found walking on Rangeline Road.

The criminal complaint says the Sheboygan man's face was covered in blood from a large cut on his head, and his pants were wet from his thighs down. Officials asked Christian if he was in a recent car accident because of the vehicle in the river nearby. The complaint says Christian stated -- while slurring his speech -- he was not in a car crash and the reason he was hurt was because he was walking on railroad tracks and fell.

When officials returned to the vehicle in the river, a 22-year-old man was found slumped over near the scene. According to the criminal complaint, the man had lacerations and broken bones in his leg and arm. He was airlifted to a hospital for treatment.

Investigators say no skid marks were found on the roadway prior to the vehicle going off. The report says a number of trees were sheared off around 12 to 15 feet off the ground, which appeared to be the cause of the car flying through the air. It came to rest in approximately two to four feet of slushy water -- the majority of the damage to the front passenger side.

According to the criminal complaint, investigators say Christian's injuries were consistent with him being in the driver's seat.

Christian was treated for his injuries at the Sheboygan Memorial Medical Center. He told investigators he did not consent to a blood sample "because he was not driving."  However, he later agreed and the samples were send to the state crime lab for testing.