Illinois State Police released video of an inmate in a wheelchair wrestling a gun from an officer. The inmate was shot by another officer.

An inmate being wheeled into a courthouse wrestled a gun from a corrections officer in Illinois before being shot by another officer.

Illinois State Police released a video of the shocking incident on Oct. 29 involving Fredrick Goss, 55, while he was in the sally port of the Jefferson County courthouse.

Goss' handcuffs had just been removed to allow him to appear before the jury without restraints.

He reaches for the officer's gun and they fall to the floor. Goss and the officer struggle and he manages to remove the weapon when a round is discharged. Another officer witnesses the incident and shoots Goss.

The inmate was hospitalized. The extent of his injuries was not clear.

The officers were not injured.

RELATED: NY to prison inmates: Get vaccinated, get a Big Mac 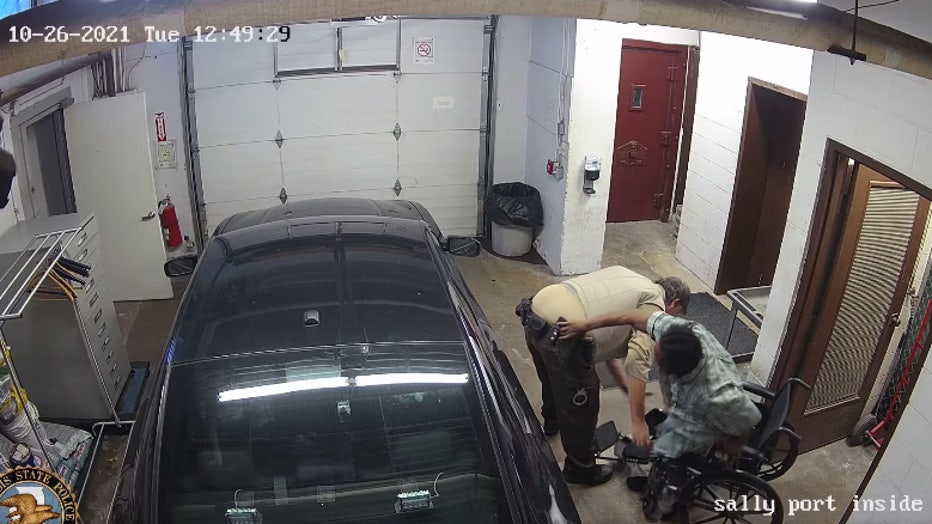 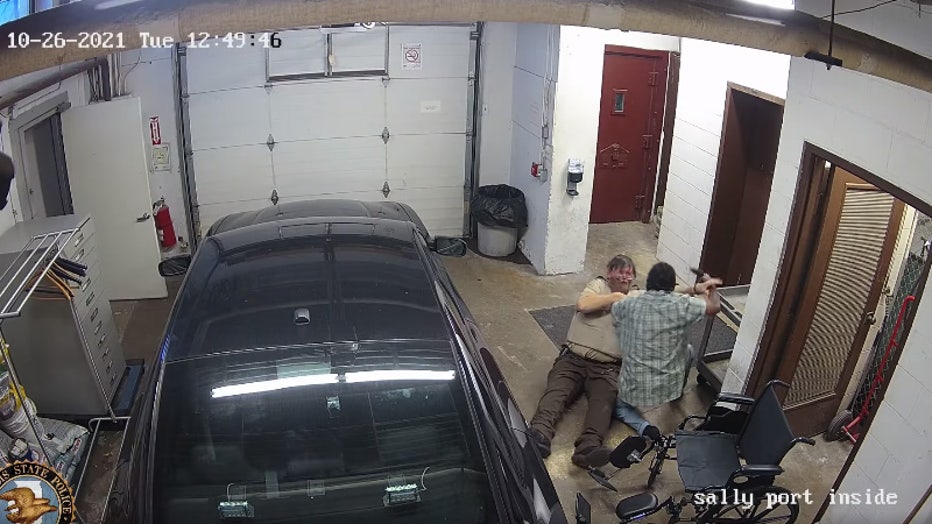 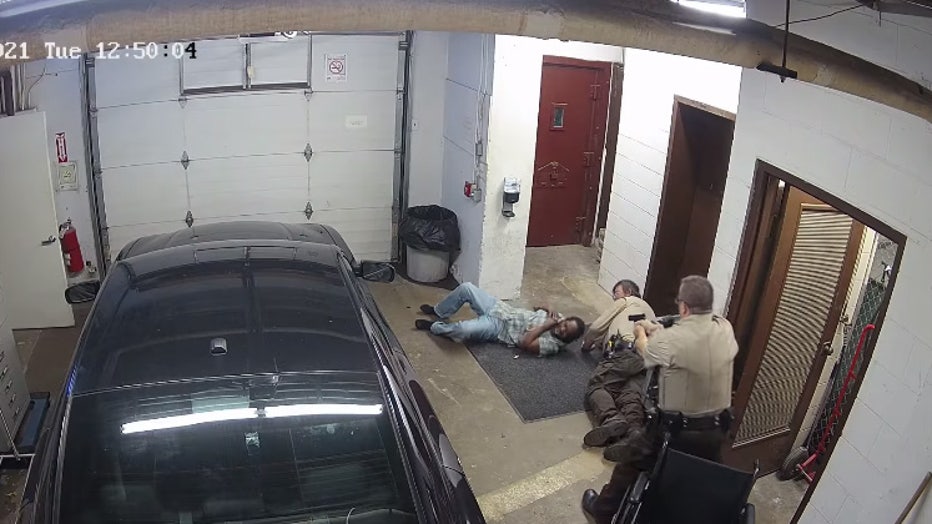