MILWAUKEE -- Donors headed to the Milwaukee County Zoo Monday, Dec. 30 for the ninth annual "Season of Giving Blood Drive." While many people donated blood, a special 9-year-old boy made it his mission to personally thank as many of them as he could.

"Thanks for your donations," said Linkin Eger.

There was a rare unicorn sitting at the Milwaukee County Zoo on Monday -- offering one-of-a-kind thank yous to blood donors during the Versiti "Season of Giving Blood Drive." 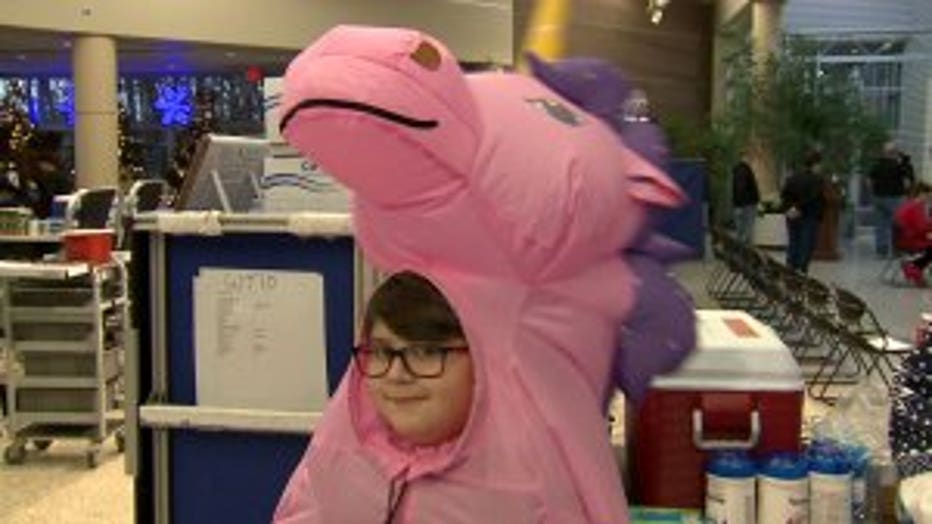 "It's helping everybody that has cancer," said Linkin Eger.

Eger was diagnosed with a brain tumor when he was 2 -- going through chemotherapy at 7.

"There were plenty of blood transfusions and platelets needed to make him feel better," said Kelly Eger, Linkin's mother.

Linkin Eger said he wears the unicorn costume to cheer up one of his friends who also has cancer. His dad, Tim, paid it forward with a blood donation Monday. 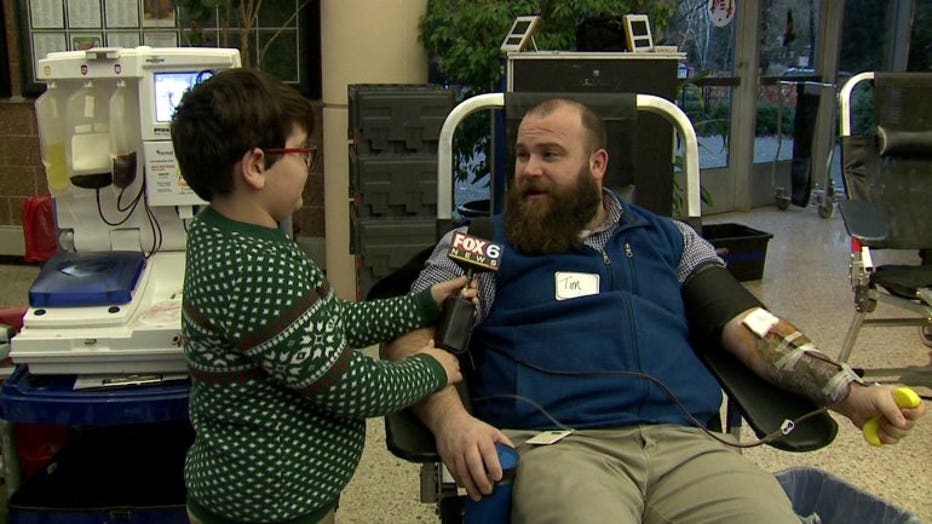 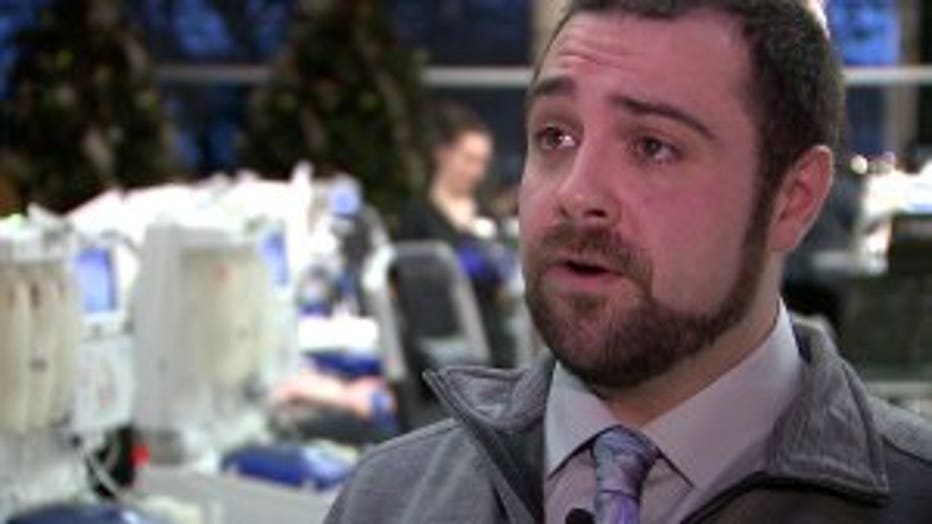 He was just one of many dozens of donors hoping to save someone's life during the annual blood drive. Versiti officials said blood donations can dwindle during the busy holiday season, but they hoped to have 500 donors at this blood drive to help fill that need.

"In the winter months, it's very important that we have people come out and donate," said Zach Warren with Versiti.

As Linkin Eger shared love with those giving the gift of life, he said he was hopeful more would choose to donate during the holiday season.

"The season of giving is still here, so come down today!" said Linkin Eger.

If you weren't able to donate during this drive, but would like to help Versiti, CLICK HERE to find a donation opportunity near you.