MADISON — Thousands of people rallied outside the Capitol in Madison on Wednesday, May 1 on a "Day Without Latinos." The Madison rally was one of 10 across the nation to bring attention to immigrant and workers' rights. In Madison, immigrants and their supporters converged -- rallying in support of Gov. Tony Evers' proposal that would make driver's licenses available to people who are living in the country illegally. Late Wednesday, in a statement, the Joint Finance Committee revealed they would vote to remove more than 70 items from Evers' budget proposal -- including the "driver's licenses for all" plan. A JFC statement called Evers' budget proposal "unsustainable, irresponsible" and said it "jeopardizes the progress we've made in the last eight years."

Many at the rally carried signs that read "Driver's Licenses for All" and called on Republican legislative leaders to reach a compromise with Evers and pass his proposal. The event, part of the annual nationwide May 1 "Day of Action" attracted 3,000 to the Capitol, based on an estimate from Madison police. 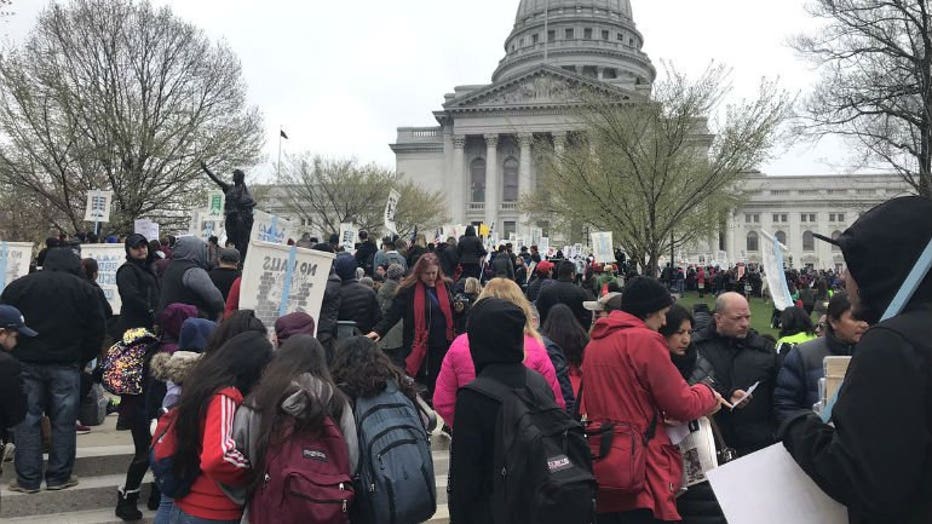 If approved, Wisconsin would join 12 other states that currently provide driver's licenses to immigrants living in the country illegally. 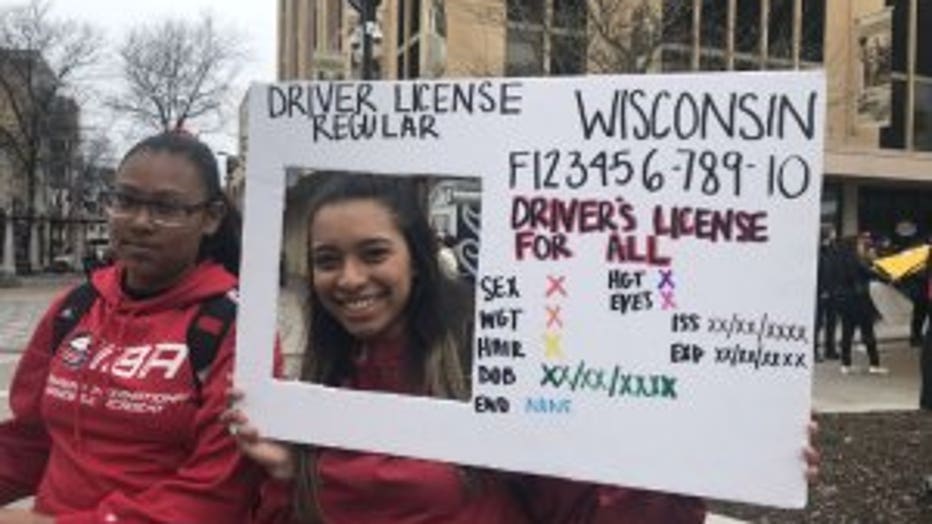 "We are standing and marching today with our families, friends, co-workers and people we don't even know to demand driver's licenses for people in Wisconsin and across this country," said Christine Neumann-Ortiz, executive director of the rally's organizer, Voces de la Frontera.

The immigrant advocacy group said tens of thousands of people were on strike Wednesday, and more than 175 Wisconsin businesses closed as part of the effort to show the economic impact Latinos have both in the state and across the country.

Neumann-Ortiz and others who spoke in support, including the mayor and police chief of Madison, called it an economic and social justice issue -- and about keeping roads safe.

"I want driver's licenses for all!" said Madison Police Chief Mike Koval on the steps of the Capitol as the thousands listening cheered. "So I hope the Legislature is listening. We want a hearing."

Vivi Velasquez is a Dreamer, working on her college degree, and spoke on behalf of her community.

"We give so much to the economy and I just feel it's something so small that can make such a difference to everyone," said Velasquez.

Republican legislative leaders have not been supportive of the idea in the past. 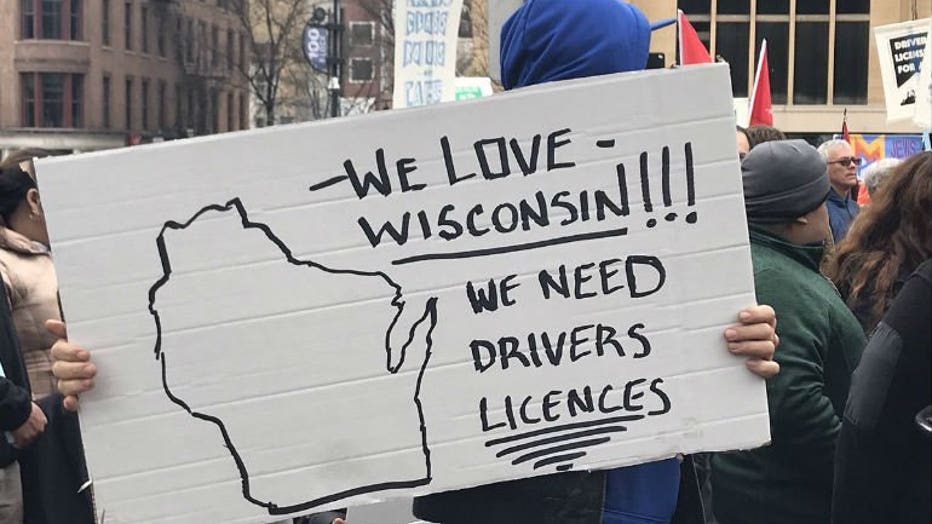 Evers said Tuesday called his proposal to make the licenses available common sense, but said he expected Republicans who control the Legislature to block it. Evers said he thought the proposal, part of his two-year budget, would be one of the first items removed by Republicans. 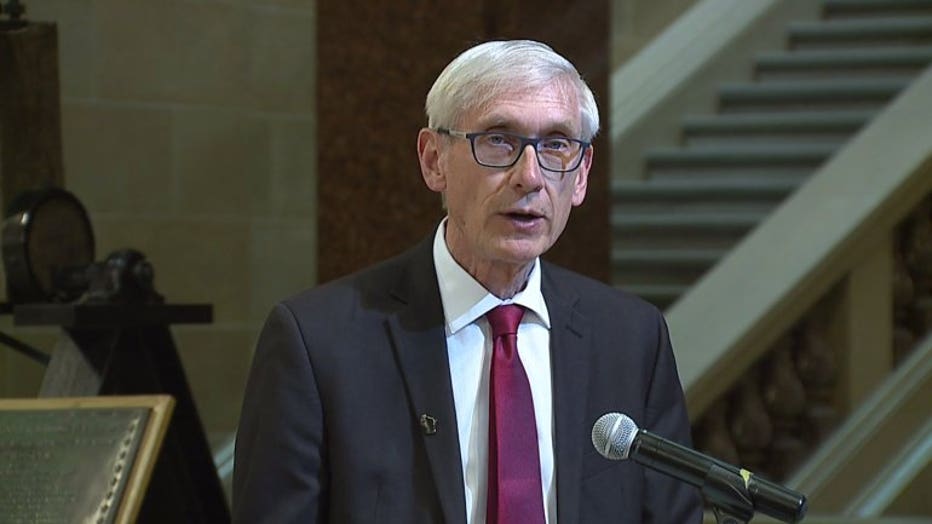 Immigrants without proper documentation could receive driver's licenses in Wisconsin until 2007. That's when the Legislature changed the law to require residents to prove they were in the United States legally.

"We need this to stay in the budget," said Rep. Greta Neubauer, D-Racine. "I'm really hopeful we can begin to build a coalition around the understanding that our roads and all of our communities are going to be safer if everyone has a license and is able to get to go where they need to go legally."

Evers ran in support of making the driver's licenses available, as well as allowing immigrants living in the U.S. illegally to pay in-state tuition. 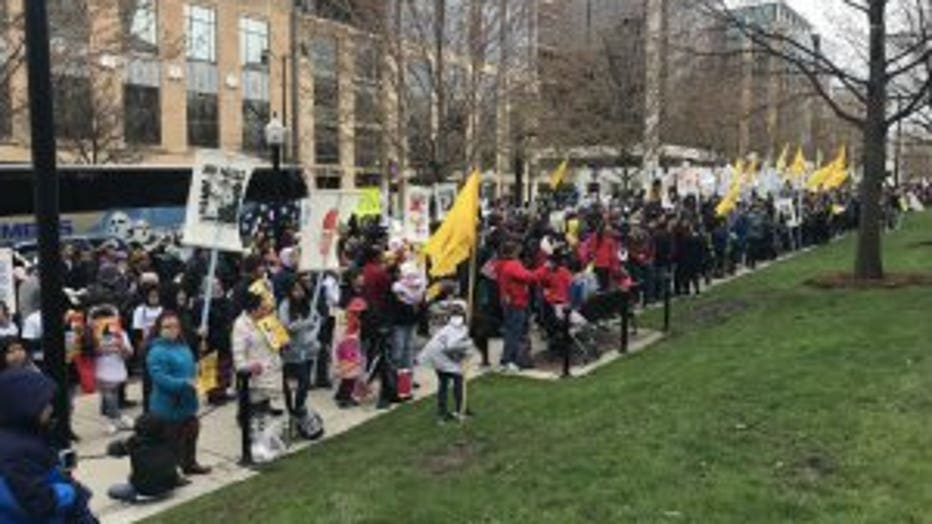 Republicans oppose the in-state tuition plan, which is also in Evers' budget, a version of which they stripped from state law in 2011.

If the driver's license proposal is removed from the budget, Evers said it would be introduced as a separate bill. As envisioned by Evers, the IDs given to people here illegally could not be used for voting.

Numerous groups are behind the idea, including the Dairy Business Association, which Evers said he thinks will help convince resistant Republicans.

Getting Evers to propose in-state tuition and driver's licenses for all immigrants was a partial victory, Neumann-Ortiz said.

"We now have to organize statewide, wider and deeper than ever before," she said. 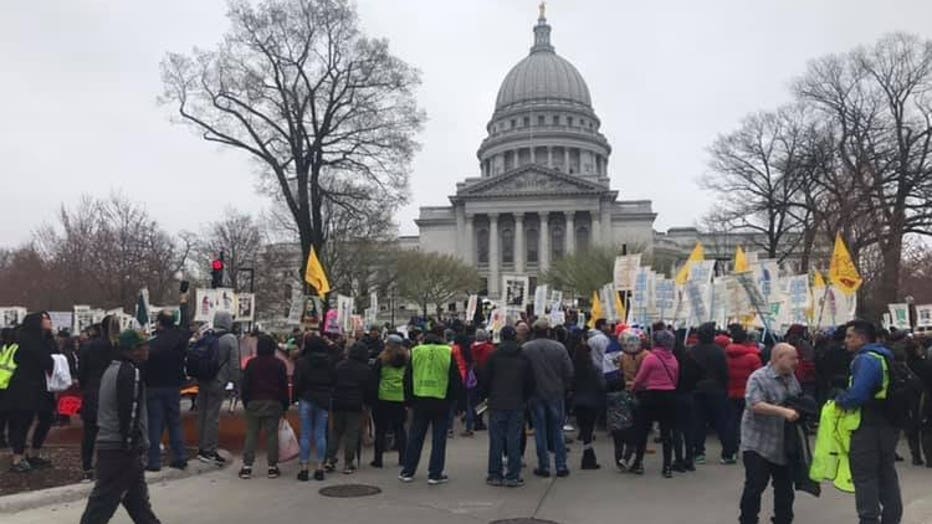