MILWAUKEE -- Charges have been filed against a man accused of making threats at the U.S. Courthouse near Jefferson and Wisconsin on Thursday, June 15th. The incident led to a traffic mess in downtown Milwaukee as several streets near the courthouse were shut down, and the courthouse itself, along with other businesses in the area, were evacuated. 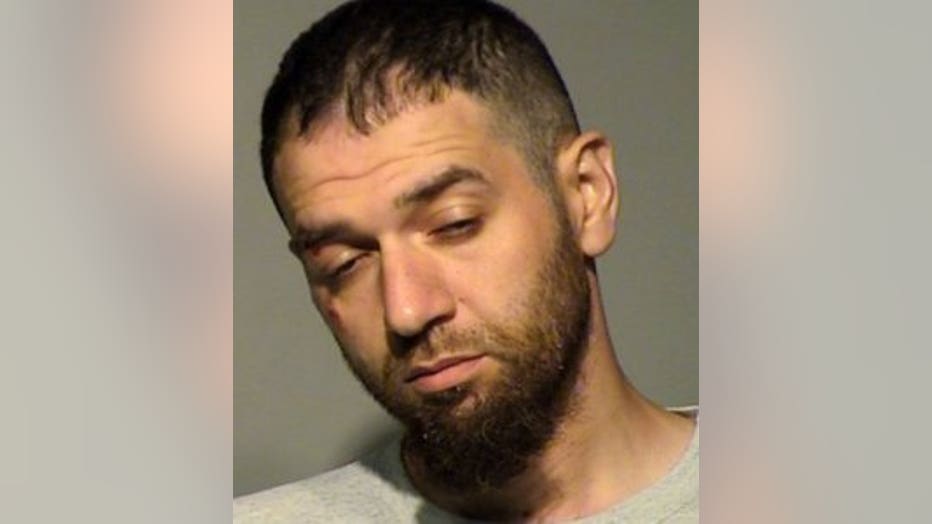 The accused is 32-year-old Mohamad Hamdan of Milwaukee. He faces one felony count of "terrorist threats" and two misdemeanor counts of bail jumping.

According to a criminal complaint, on June 15th, officials were dispatched to the U.S. Courthouse after a report of "a subject fighting a U.S. Marshal." A security officer at the courthouse told investigators shortly before 11:00 a.m., a suspect, later identified as Hamdan, parked his vehicle in front of the courthouse and walked into the building. Once inside "he began yelling loudly in an Arabic language," saying things like "Mohammed," "Allah," "jihad" and "Malakum." He asked "Where are the Marshals?" When asked where he needed to be, he said "I am a Marshal." When asked for identification, he began yelling "Ji-ha" and "Malakum." 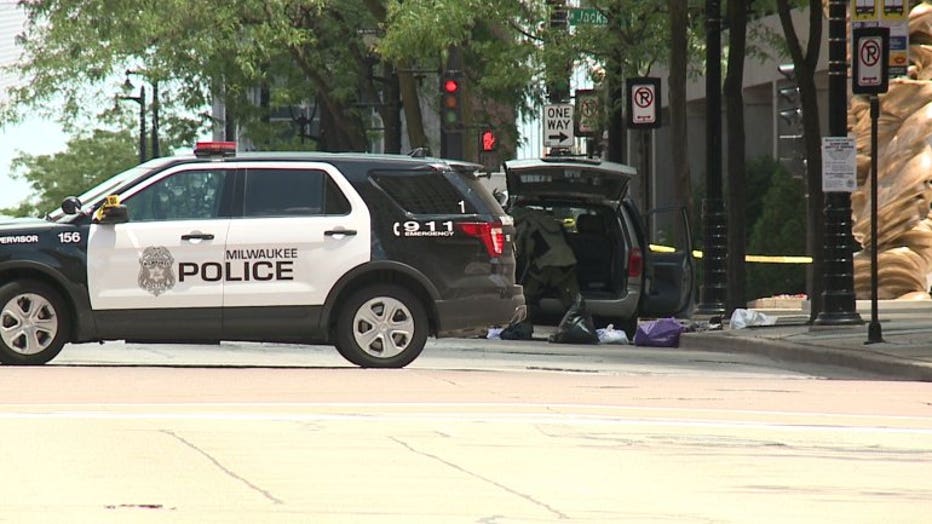 When he suddenly placed his right hand into his pocket, he "caused security to fear for their immediate safety," the complaint says. He was approached by a courthouse security officer who demanded he back up, and exit the building, and U.S. Marshals were contacted for assistance.

When a U.S. Marshal asked the suspect whether he had any business at the courthouse, he responded by calling the Marshal the "N-word," the complaint says. The U.S. Marshal tried to escort the man out, but he moved closer to the inside of the building. The Marshal eventually got him out of the building -- to the front steps of the courthouse. There, he "began pacing back and forth," yelling "in an Arabic language and also in English." He told the Marshals "(expletive) you guys," and called them the "N-word." The complaint says the suspect appeared to be talking on a cell phone -- which was later recovered, and it was determined that it hadn't been powered on. 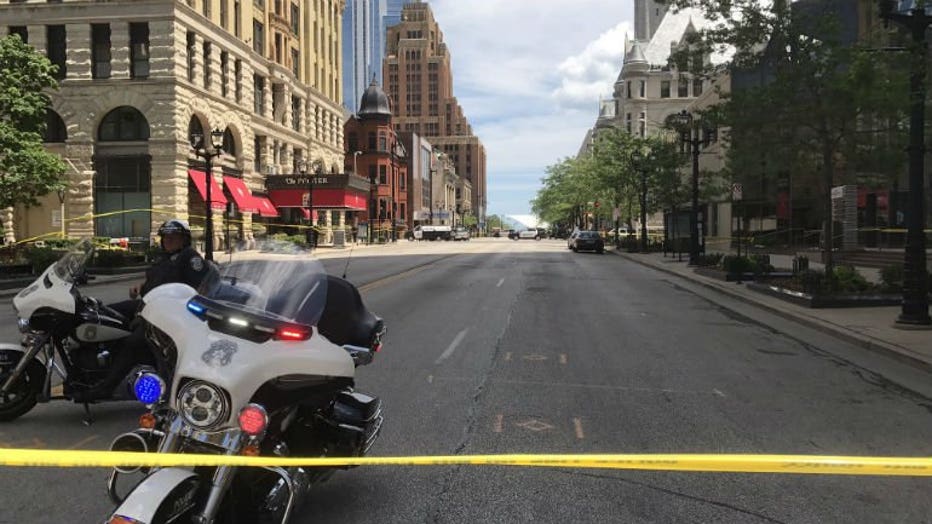 The complaint says Hamdan was told to leave multiple times -- told he would be arrested if he refused. He eventually went to his van, and with the driver's side window down, he "continued to yell in another language with English words interspersed" -- specifically yelling "(expletive) you. I'm gonna kill you all. Allah. Bomb." When he said "bomb," a decision was made to identify him. When asked for identification, the complaint says Hamdan said "no" and started his van.

When asked to stop, the complaint says Hamdan looked at officials and tried pulling away. A Marshal was able to pull him from the vehicle, and the complaint says he "resisted, began to fight and refused to be handcuffed." He was directed to the ground on Wisconsin Avenue where he was handcuffed. 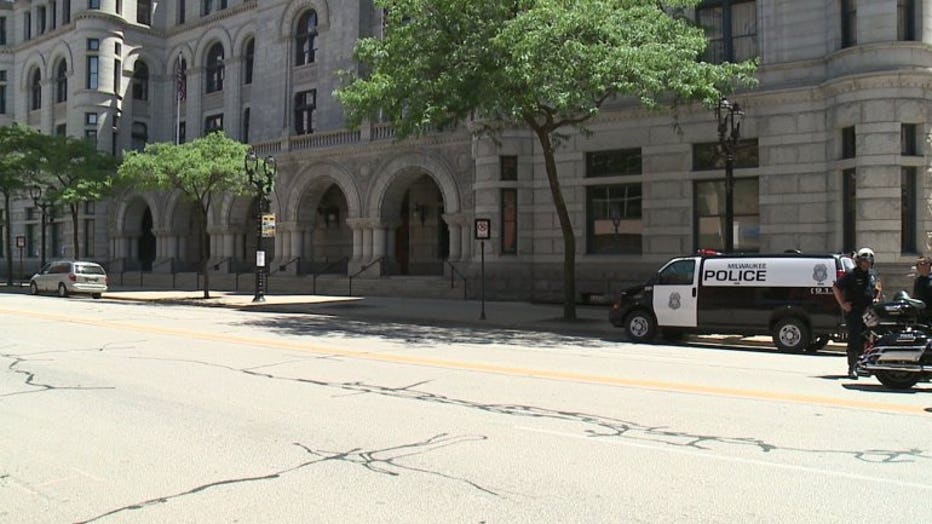 Traffic was blocked on Wisconsin Avenue, in both directions in front of the courthouse and for one block on Jefferson Street to enable a bomb-sniffing dog and "Hazardous Device Unit" to check the suspect's van for explosives.

Additionally, the courthouse was partially evacuated during this incident, along with several businesses in the area. The complaint notes that "citizens attempting to utilize this area were vastly inconvenienced because they did not have access for over two hours before the streets were reopened." 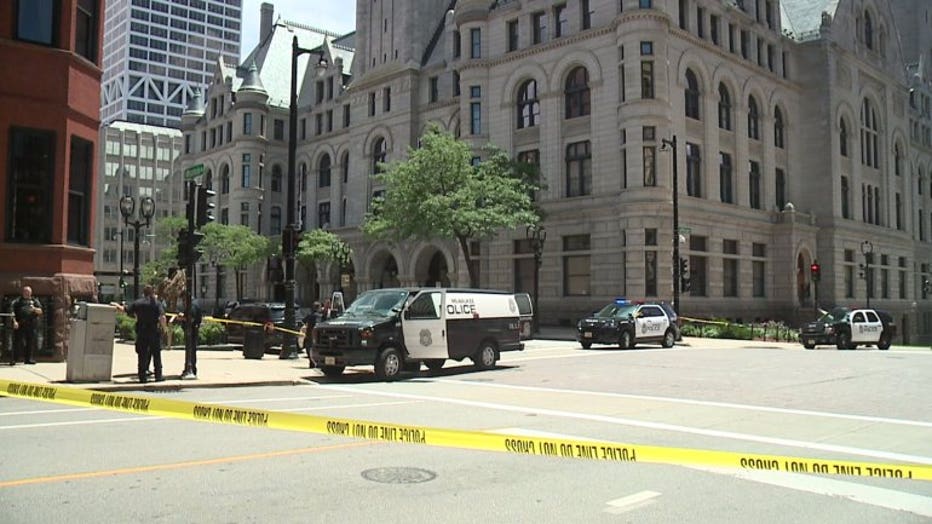