RACINE COUNTY -- Racine County sheriff's deputies arrested an Illinois man Friday night, May 22 for operating while intoxicated; a search of his vehicle uncovered marijuana, oxycodone and other drugs.

Authorities say the man -- a 57-year-old form Grayslake, Illinois -- stopped at the STH 11 offramp of southbound I-41 around 10:45 on Friday night after he was observed deviating from his lane and driving at varying speed between 45 and 60 mph in a 70 mph zone.

While speaking with the man, deputies noted "obvious" signs of impairment and conducted a field sobriety test, which the man failed. He was then taken into custody for OWI, second offense.

The driver, who was sole occupant of the vehicle, had illegal narcotics "in plain view" according to a news release from the Racine County Sheriff's Office. A search of the vehicle found the following items: 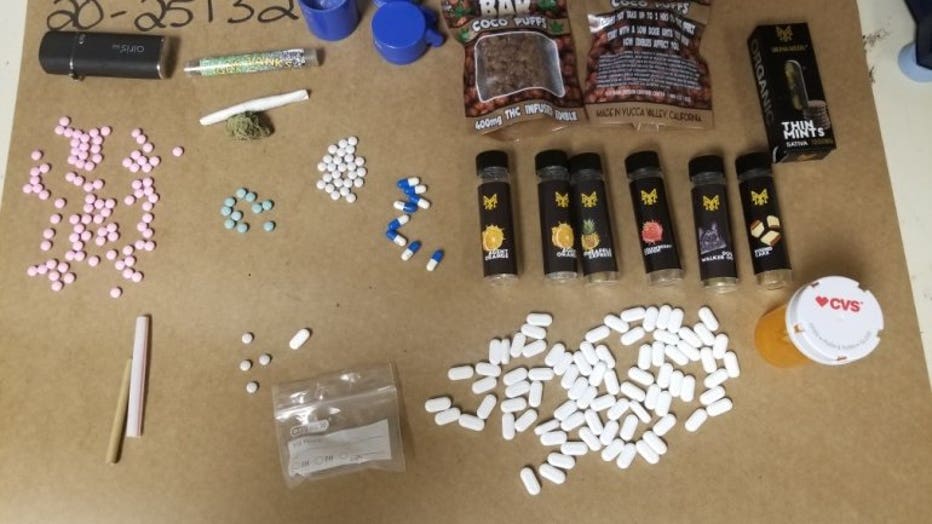