The Monday morning explosion that sent huge plumes of thick black smoke into the air prompted officials to order an evacuation of residents and business to the south of Chemtool near Rockton.

ROCKTON, Ill. - An explosion at a northern Illinois chemical plant Monday morning, June 14 sparked massive fires that sent flames and huge plumes of thick black smoke high into the air and debris raining onto the ground, prompting evacuations. The Illinois governor activated a statewide emergency response, including the National Guard.

On Monday afternoon, smoke continued to billow skyward from the grease and lubricant plant owned by Chemtool, one of the larges industrial lubricant manufacturers in the country.

MABAS resources were requested from Wisconsin, and officials said approximately 60 firefighters from 18 Wisconsin area departments from Divisons 103, 104 and 105 responded with varying numbers and types of equipment. 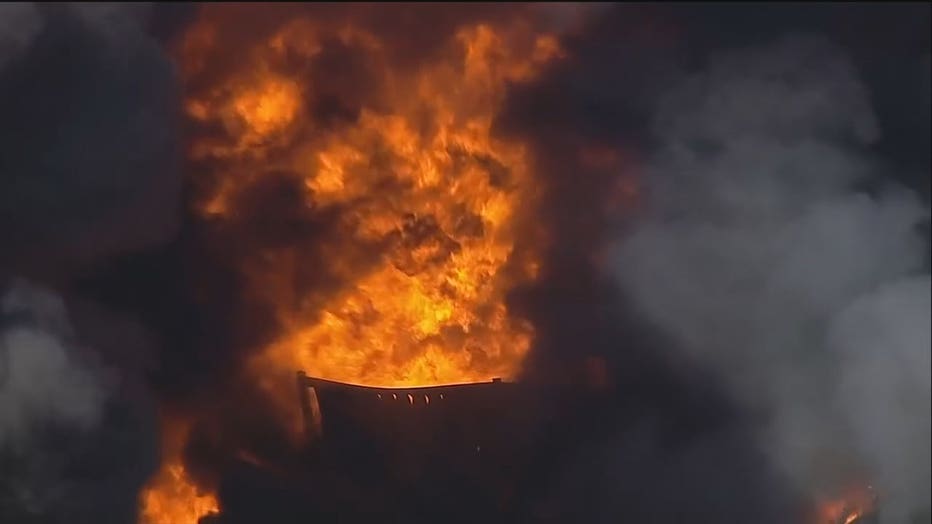 In the meantime, an evacuation order was put into place for residents in a two-mile radius of the plant. Early on in the fire, Rockton fire officials said they would not be putting water on the fire out of concern of creating a larger environmental nightmare of runoff running into the nearby Rock River, and the fire could burn for days.

"As far as a start or a cause of what created this catastrophic incident, we don't know yet," said Kirk Wilson, Rockton fire chief.

It was at around 7 a.m. that fire crews were called to the Chemtool manufacturing plant in Rockton, Illinois following an explosion and reports of a structure fire. Fire officials said about 70 employees safely evacuated the campus. One firefighter suffered minor injuries.

One woman FOX6 spoke with, Kacy Krause, who lives a few blocks away from the plant, said she heard explosions every 30 seconds and snapped photos of smoke rising in the sky. Krause said burning debris was raining down. A police officer then knocked on her door and told her she needed to go, so she loaded up her two dogs in her car and took off.

"She said there was an explosion," said Susan Acaley of Roscoe.

Chemtool hosts a press conference after an explosion at the northern Illinois chemical plant Monday morning.

Acaley got a call from her daughter who lives in downtown Rockton. Her daughter and grandkids were safe, but the images were hard to look away from, she said.

"Iit’s the biggest thing I’ve ever seen," said Acaley. "I can’t believe that I’ve heard that there weren’t anybody killed."

Acaley worried about the effects the fire and attempts to extinguish it may have on the nearby Rock River, as well as the air quality because of the acrid black smoke.

"We did do air quality," said Chief Wilson. "We have several agencies that are assisting us right now including the City of Rockford Hazmat.  They are doing air quality analysis in the area, and at this point in time, there is no danger to air quality at ground level."

Chief Wilson said they would stop putting water on the fire out of a concern of creating a larger environmental nightmare because of the proximity to the river. Illinois Governor JB Pritzker has activated the Illinois National Guard to assist with monitoring air quality. 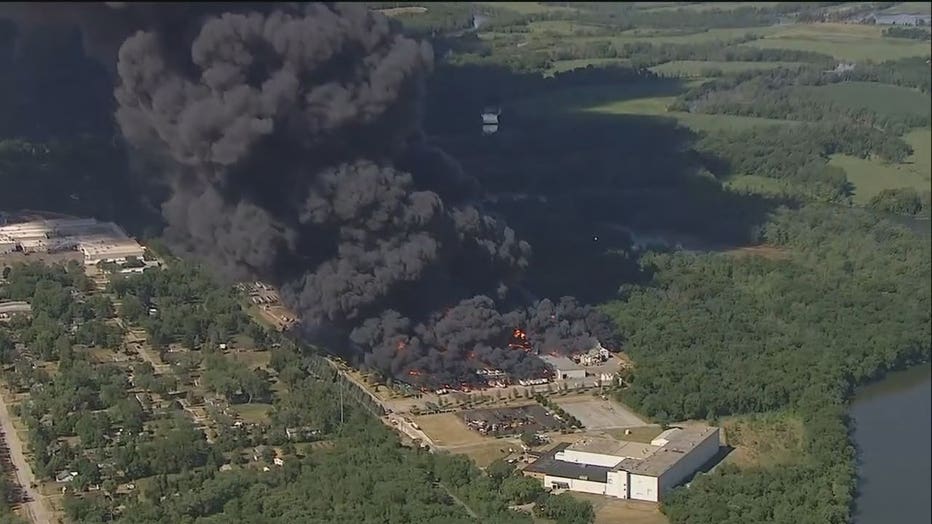 Additional specialized emergency response resources have arrived at our Chemtool site in Rockton, Illinois. They will be diligently working alongside local emergency response to extinguish the fire and limit the impact on the community. We will provide an update as soon as the fire has been extinguished. We do not have an estimate on timing at this juncture.

The precautionary evacuation of residents in a one-mile radius of the site remains in effect, under the direction of local emergency response. Lubrizol health and safety experts are completing a thorough analysis of all materials burned. We are working with third-party experts and government agencies on environmental air and water monitoring. We are not aware of any test results that show health risk other than the short-term irritation one would normally experience in the presence of smoke. We will continue to complete additional testing and have released all product data information to local authorities.

The Chemtool site has been safely operating in Rockton since 2008, employing ~200 employees who support manufacturing of industrial fluids and finished greases used in a variety of lubrication applications. As previously confirmed, the team members on site at the onset of the fire exited the facilities safely without injury.

We will work with local authorities to assist them in determining the cause of the fire. We regret the disruption to area residents and are grateful to our employees, first responders and safety forces who have responded to this incident. 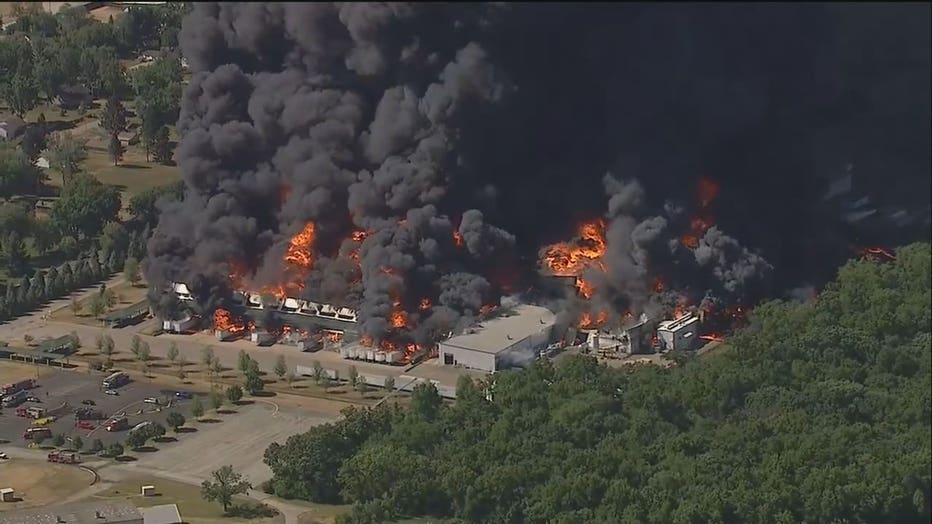