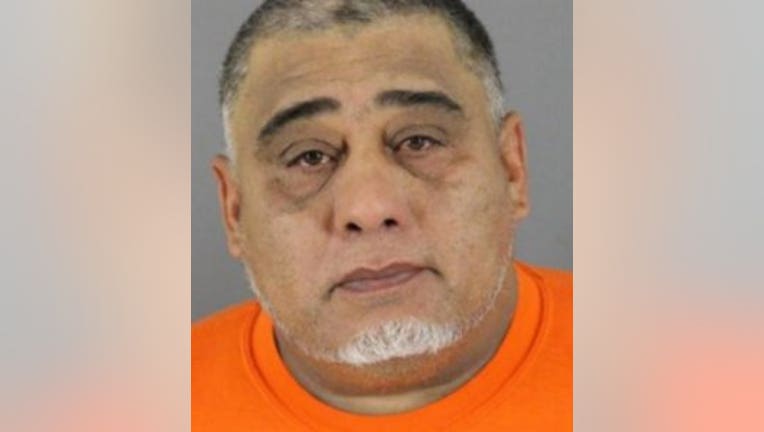 WAUKESHA -- A Waukesha man prosecutors said stabbed his now ex-wife as she grilled out with friends in May 2018 was sentenced to serve 30 years in prison and another 20 years' extended supervision Monday, Nov. 11.

Javier Cruz, 58, pleaded no contest in September to one count of attempted first-degree intentional homicide, domestic abuse, use of a dangerous weapon.

Online court records showed his wife filed for divorce in June 2018. The court granted the divorce in February 2019.

According to a criminal complaint, on May 5, 2018 around 6:15 p.m., police responded to the area near Moreland Boulevard and Whiterock Avenue for a report of a stabbing. Investigators were advised that a man had stabbed his wife, and she was on the ground with a knife in her back.

Prosecutors said Cruz was found with blood on his hands -- and all of the victim's children were outside at the time of the stabbing. She was taken to the hospital, where the nine-inch knife blade was removed from her body.

The complaint said Cruz blew a .09 via a preliminary breath test, and a smell of burning marijuana was emanating from his vehicle. He was taken to the hospital for a blood draw.

At the hospital, prosecutors say Cruz was heard saying, "Well, I stabbed my wife."

When Cruz was interviewed by police, the complaint said he expressed "frustrations" in regards to the victim, and said he provided her $300 per month and she was taking him to court for child support and he was, "(Expletive) tired of it." He said she doesn't listen and "he goes crazy," and said it was "hard to live with her." He said when he was living with her he had to pay $900 in rent, but now, she was receiving some sort of state assistance and only paying $200 per month in rent. He complained about the victim taking his kids and money and said, "I'll be locked up for life. (Expletive) it. I don't give a (expletive)." He noted that he took his son fishing the day before the stabbing, and when he dropped his son off, his wife said, "You don't live here anymore," which really frustrated him. He said he "didn't want to do (the stabbing) because his kids were there," but said, "(Expletive) it. I'll do 10 years. I don't give a (expletive)."