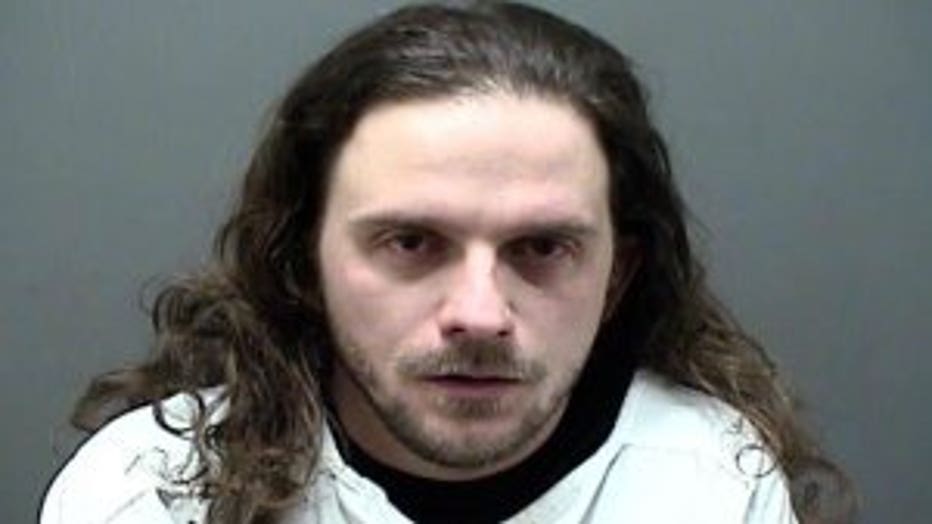 Gurdak is charged with the following criminal counts:

Officials say deputies attempted to stop a vehicle southbound on I-94 near Highway 11 just before 3 p.m. Thursday. This, after the vehicle passed a patrol vehicle and accelerated to speeds over 95 mph in a 70 mph zone.

"Somebody's driving through traffic at a high rate of speed with thousands of people traversing the interstate between Chicago and Milwaukee puts everybody at risk," said Lt. James Evans of the Racine County Sheriff's Office.

The vehicle attempted to elude deputies with dangerous, evasive maneuvers, officials say. At one point, officials say the driver of the vehicle stuck out his hand from his window and showed his middle finger to the deputies. The driver was also seen with his cellphone in his hand -- as if he was filming being pursued.

When questioned, Gurdak indicated "he was filming himself and did not realize deputies were trying to stop him."

"All it takes is one small miscalculation and there could be grave consequences," Lt. Evans said.

After a short pursuit, the vehicle eventually pulled over to the shoulder of I-94 and a high-risk traffic stop was conducted. Gurdak was taken into custody without incident.

The sheriff's office said an open-air sniff of the vehicle was conducted and a K-9 was alerted to the presence of narcotics in the vehicle. A search also resulted in a finding of 14.5 grams of marijuana and an Alprazolam pill.

Gurdak was given field sobriety tests which he subsequently failed and arrested for OWI 1st.

Gurdak appeared by video conference in circuit court on Friday, Feb. 14. He shook his head in apparent denial as the state read the charges against him. Cash bond was set at $1,000 -- and Gurdak is not allowed to drive in Wisconsin.