Neptune could be the reason our solar system destabilizes

If Neptune gets knocked out of its orbit by just 0.1%, it could cause turmoil in the cosmos.

A passing star, or a stellar flyby, with the potential to pull Neptune out of its orbit by just 0.1%, could mean catastrophe for the entire solar system. But don’t worry — it won’t happen in our lifetime, according to a recent study.

Researchers at the University of Toronto in Toronto, Canada, created simulations which observed how close a passing star would have to be in order to alter a planet in our solar system’s orbit and cause a chain reaction of changes, along with the chances of that happening.

"So just like the sun’s gravity can influence really distant objects like comets, right, so comets can be very far away from the sun, but they still orbit the sun because of the sun’s strong gravity. A passing star can influence objects within the solar system. So our study was to set out trying to understand how sensitive the stability of the solar system would be to be influenced by passing stars," said Garett Brown, a Ph.D. student at the University of Toronto and co-author of the study. 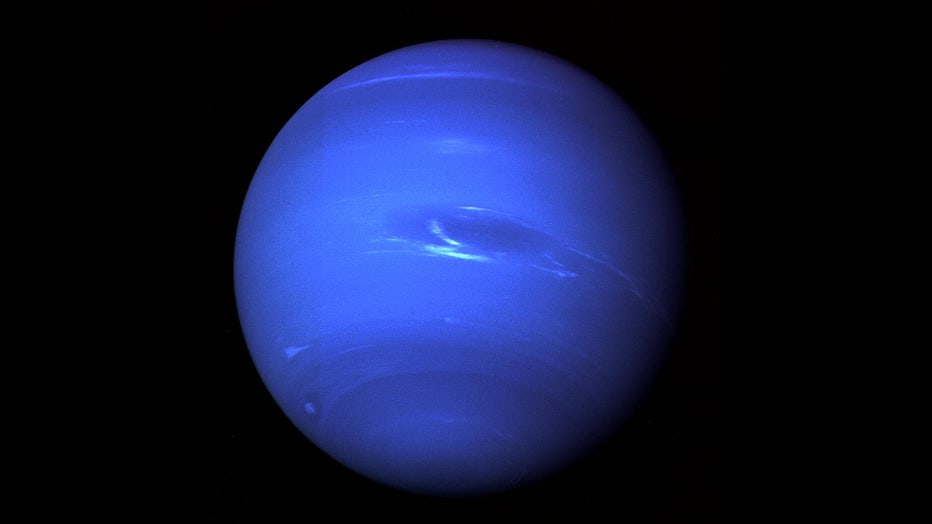 FILE - This image of Neptune was taken by Voyager 2 less than five days before the probe's closest approach of the planet on Aug. 25, 1989, and shows the "Great Dark Spot" — a storm in Neptune's atmosphere — and the bright, light-blue smudge of cloud (NASA/JPL-Caltech)

Neptune could ruin everything

In this recent study, researchers created nearly 3,000 simulations showing what is the least amount of influence needed to potentially create huge changes in our own solar system. It turns out, it wouldn’t take much.

Brown said in this particular study, only stars were considered as stellar flybys in their simulations — stars that are 100 times larger than our sun, which are rare. They also simulated flybys with smaller red dwarf stars which are about 5% the size of our sun but are 100 times heavier than that of Jupiter.

One of the simulations found that if a flyby occurred tomorrow and pulled Neptune out of its orbit just by 0.1%, there could be catastrophic consequences for Mercury and Venus. 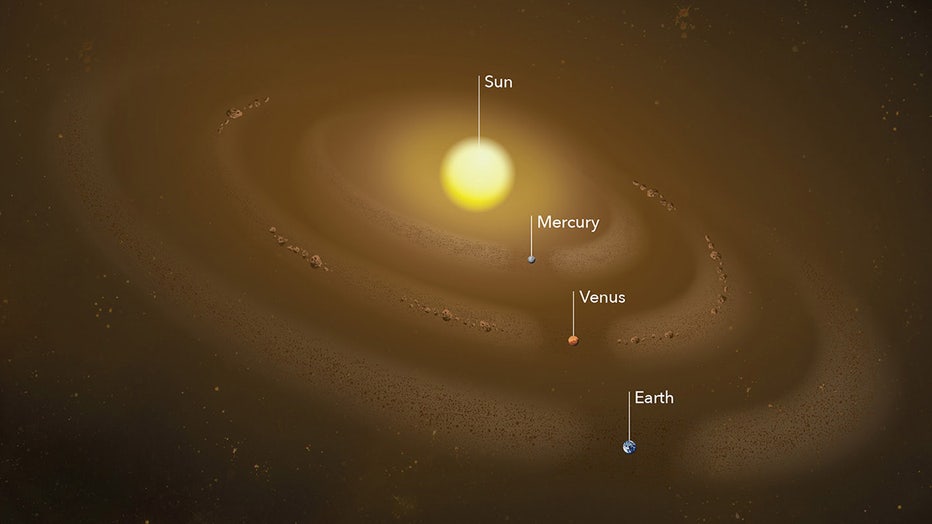 Brown posited that maybe Mercury and Venus could merge together and form a brand new planet. There was also an instance where Earth crashed into Mars. The possibilities were seemingly endless.

"We ran almost 3,000 simulations and in one of those cases we did find that the change of Neptune’s orbit did cause Earth to crash into Mars instead, so it is possible that something could happen like that where it affects Earth directly. It’s much more rare than Mercury crashing into Venus. If this effect were to be happening, it would be very difficult to tell at first and very difficult to do anything about," Brown added.

But why Neptune? The answer is pretty simple: Neptune is the furthest away therefore it has a better chance of being influenced by a stellar flyby, according to Brown.

It will take millions of years, maybe billions 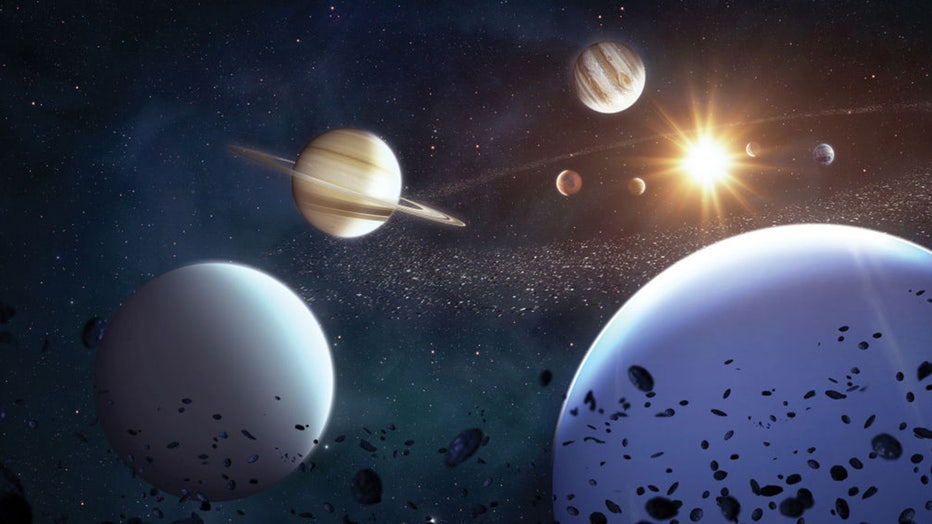 FILE - Illustration of the solar system viewed from beyond Neptune, with all eight planets visible around the sun. (Tobias Roetsch/Future Publishing via Getty Image)

The likelihood of a celestial event as major as this is very slim, — so slim none of us or your grandchildren or great-grandchildren will be alive to see it — but the chances aren’t zero.

"So even if we saw that this was the outcome of some event, and we could detail out what was going to happen, the process itself would still take millions of years before the crash even happened. And then once the crash happened, then it would just be more difficult. So, if we were or if some future species were an advanced space-faring species and have lots of capabilities for interplanetary travel, they could attempt to alter the orbit of Mercury to prevent it from happening. Since Mercury is the lightest, it might be the easiest to move but it’s also moving very quickly so it would be quite an undertaking. But if such a species were so space-faring to attempt something like that, they might be better off going somewhere else," Brown said.

"It’s certainly not anything to be afraid of because the time involved is just so, so long. Like, the dinosaurs died 65 million years ago and that is so, so short compared to the time that it would take for an event like this to happen," Brown added.

Brown said if there’s anything to worry about in a more near future, humans should be worried about the sun burning out, but again, that won’t happen for billions of years — five billion years according to scientists.

"The motivation behind this study itself was just to try and understand how sensitive the solar system is to change. And it's actually quite robust," Brown said. "So if you imagine, like in a roller coaster, a roller coaster might generally go down a hill and then come up and go down and go up and down. But if you imagine that the solar system is like a roller coaster car at the bottom of the hill, then you could push the roller coaster back and forth in this little hill and it’s just always going to go back to the bottom. Because it’s stable and robust and the kind of change that you’d have to get to push it over the hill, to push it to something catastrophic, that’s the sort of change where you might have to move Neptune by 0.1%."