“I was dead for 2 minutes:” Man thanks first responders who saved his life after cardiac arrest at New Berlin park

"I was dead for 2 minutes:" Man thanks first responders who saved his life after cardiac arrest at New Berlin park

NEW BERLIN -- 32-year-old Dejuante Wade doesn't smoke or drink, and in August, got a clean bill of health from his doctor. But Wade says he was dead for two minutes after a playing basketball at Malone Park in New Berlin, and on Sunday, August 28th, Wade thanked the police officer and other first responders who saved his life. 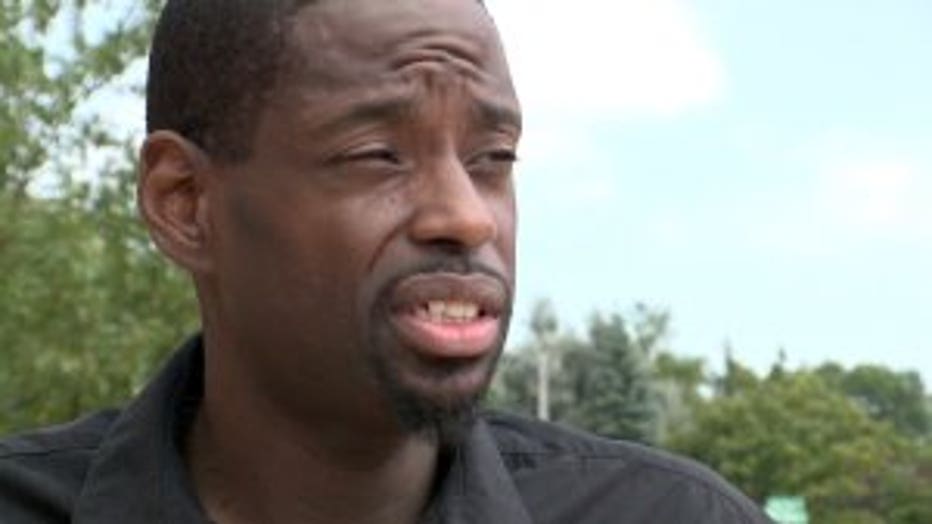 "You never know when something like this gonna happen," Wade said.

He was playing basketball at Malone Park in New Berlin when he felt his heart begin to beat irregularly.

"They said it was cardiac arrest," Wade said. 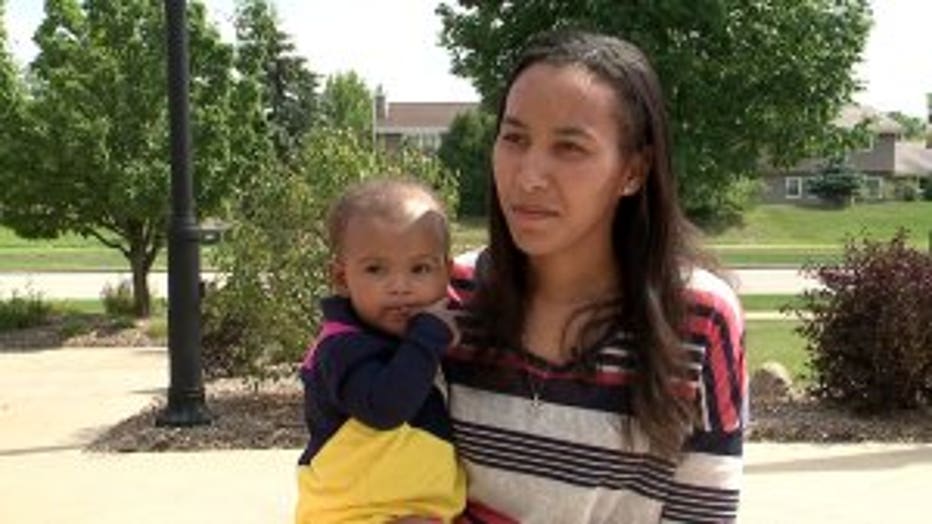 Wade walked to his car, and that's where his memory of the incident ends. His fiancee, on the other hand, said she'll never forget what happened.

"He flung his head back and his feet were out the window and he was breathing really hard and heavy. Trying to call his name to wake him up and he had just stopped moving," Danielle Lewis said.

"It was advised to us through dispatch that he was pulseless and a non-breather," New Berlin Police Officer Rick Helm said. 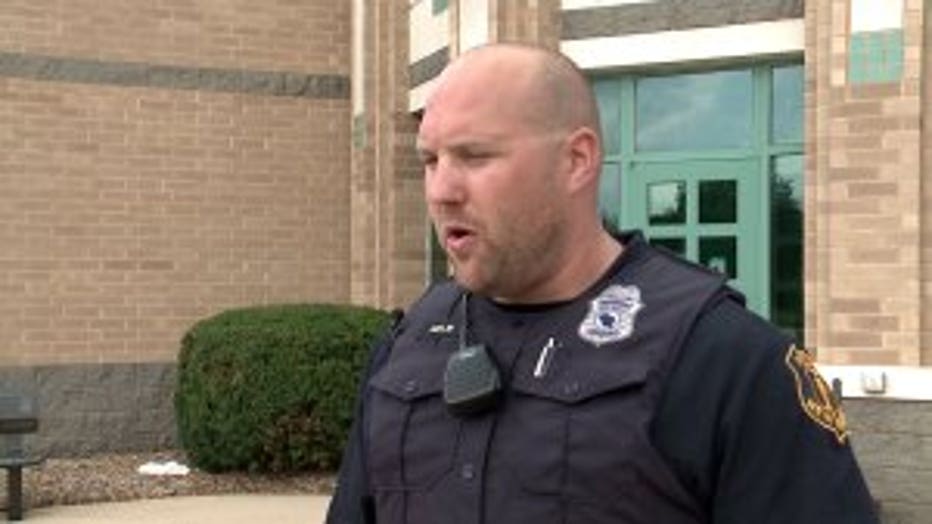 Helm was quick to arrive. 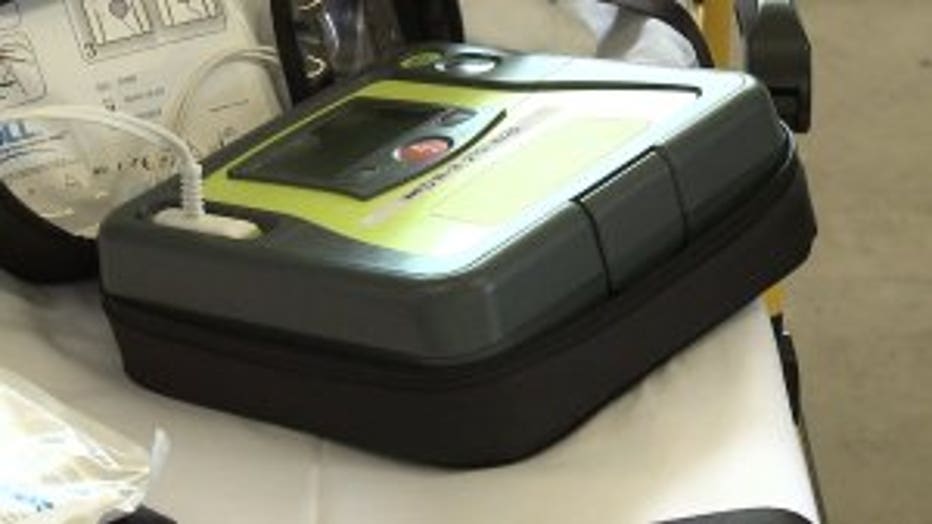 "I hooked up a defib that we carry in all our patrol cars," Helm said.

The defibrillator gave wade one shock as his fiancee watched, along with their two daughters, ages seven and six months.

"Everybody was crying. We didn't know what was going on. She was scared for her dad and I thought we were going to lose him," Lewis said. 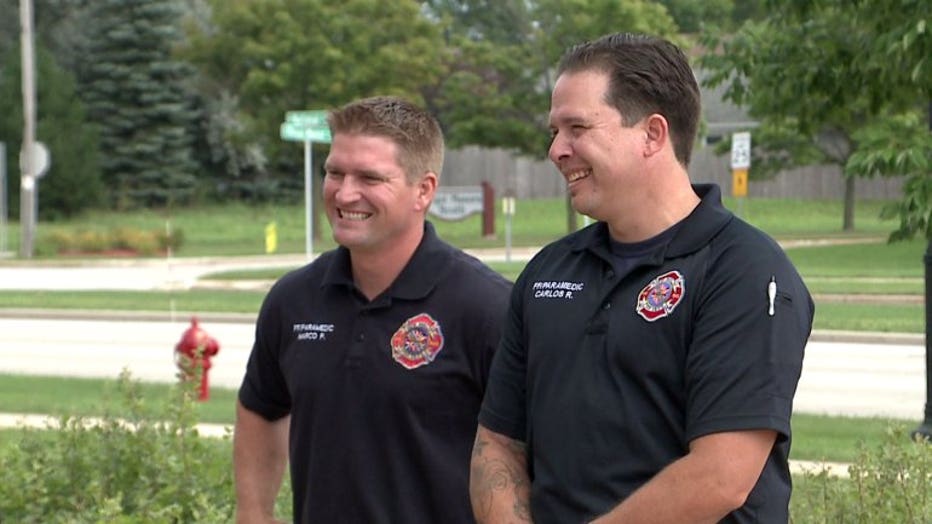 A minute later, officials with the New Berlin Fire Department showed up.

"We started with the CPR and we started noticing that he had a pulse," Helm said.

Marco Pelicaric and Carlos Rodriguez said they worked on Wade all the way to the hospital -- shocking him five more times. 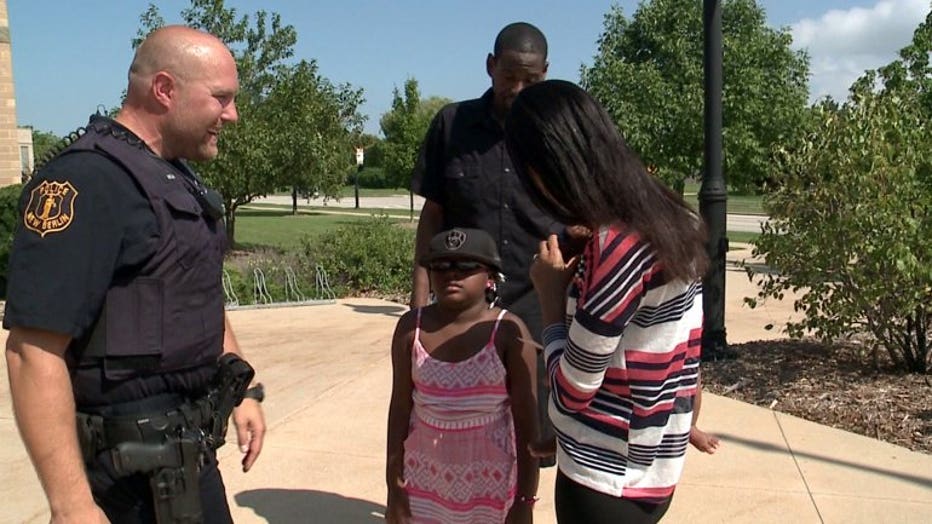 "I was dead for two minutes -- two or three minutes," Helm said. 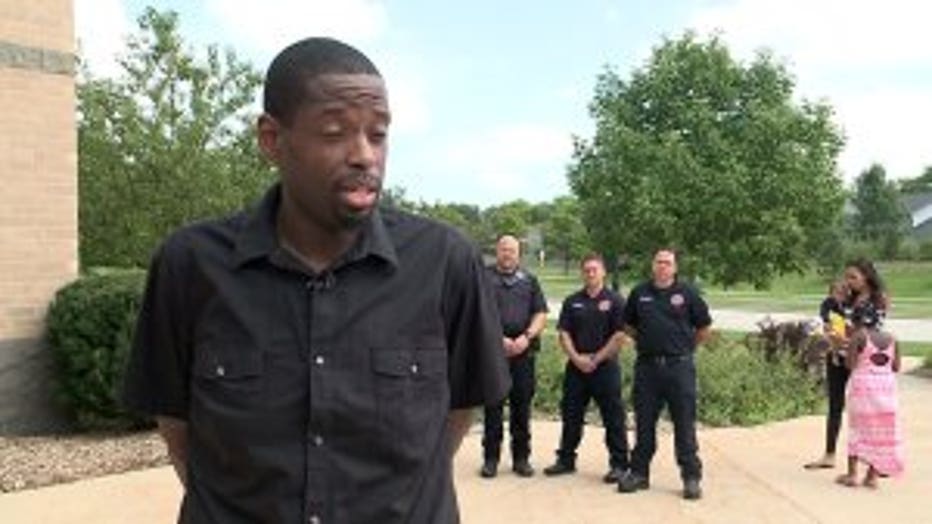 Wade said he remembers nothing -- except waking up at Froedtert Hospital. When asked if there's one thing he wants people to learn from his story, Wade said:

"All lives matter. Just respect the cops -- because if it wasn't for him, I wouldn't be here with my family today," Wade said.

Wade was in a medically-induced coma and on breathing tubes.

Doctors don't know why it happened, but Wade now has an ICD implant that will shock him if he goes into cardiac arrest again.

Wade said he now feels fine, and said it's almost like nothing ever happened.