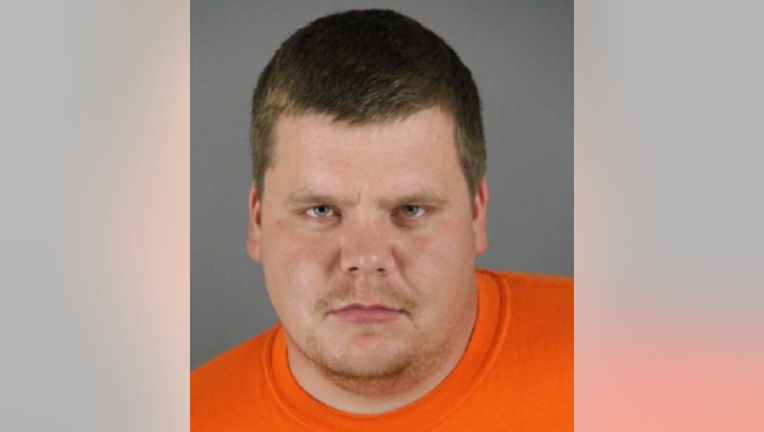 WAUKESHA COUNTY -- A Wisconsin Rapids man has been charged with invasion of privacy, accused of using his phone to take pictures of a woman in the dressing room of a Waukesha Goodwill store.

According to a criminal complaint, Waukesha police were called to the store in September 2019. A victim told police that, while she was in a dressing toom changing, she noticed a cell phone being held over the top of the dressing room partition. A customer and an employee in the store then identified who they believed to be the suspect -- later identified as 26-year-old Sage Huntington.

The complaint states that a customer confronted Huntington. He denied any wrongdoing but refused to let them see his phone. The customer told police that, while Huntington refused to show his phone, they observed him manipulating buttons on the phone and believed he was deleting photos.

Huntington is a registered sex offender with multiple restrictions, police say. While at the police station for booking, the complaint states that Huntington refused to unlock his phone for officers. He said that he had dropped his phone at one time and that is had been spontaneously taking pictures ever since. He also said that he placed the phone on top of the dressing room partition "so that it would not fall and break again." However, he later admitted to a detective that he had a "lapse of judgment" and tried to take pictures of the woman in the adjacent dressing room. The complaint states that he deleted the apps on his phone that could have stored any photographs, hoping to get rid of any pictures he might have taken.

Later, the complaint states, Huntington told police: "Stupid decision, and I know I'm going to jail." He added that he would apologize to the woman in who was in the dressing room next to him if given the opportunity.

Huntington is due back in court on March 2 for his initial appearance. According to court documents, he pleaded guilty-no contest to third-degree sexual assault in 2016 and was sentenced to 60 days in jail. In that same case, he had been charged with two counts of second-degree sexual assault of a child -- both of which were dismissed but read in.