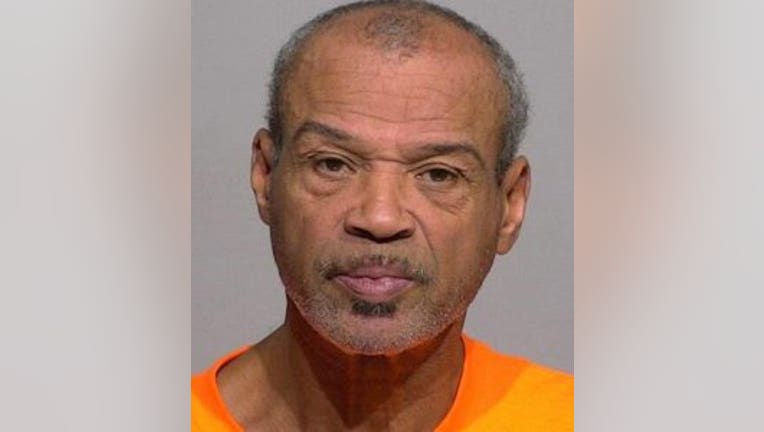 MILWAUKEE -- A Milwaukee man was found in a church after prosecutors said he stabbed his wife multiple times in their home near 22nd Street and National Avenue.

Ralph Corhn, 58, faces one count of attempted first-degree intentional homicide, use of a dangerous weapon, domestic abuse assessments for the crime that happened Dec. 10.

Police were called out for a nuisance complaint and were flagged down by the victim who was bleeding from her chest and arm, and "begging for help." She said her husband stabbed her, and she was transported to Froedtert Hospital, where she was immediately taken into surgery.

Investigators found a blood trail outside and inside the apartment unit, and a knife in the sink. They also found blood on the neighbor's door.

According to the criminal complaint, a neighbor said he woke up to someone knocking on his door and yelling -- but said this has happened several times so he didn't bother checking the door. The victim told investigators she went to a neighbor's and banged on the door after the stabbing, seeking help. She said she then made it down the stairs and asked a man to help her. She also somewhat recalled speaking with officers who responded to the scene.

Prosecutors said Corhn was found inside Hope City Church after witnesses said he was last seen crossing National Avenue between 22nd Street and 23rd Street. He was heavily intoxicated and had bloody hands, the complaint said. Investigators found a pocket knife in his pocket, according to prosecutors.

Inside a squad, he told police, "I know I messed up. I should have kept my head tight instead of stabbing her," the complaint said.

The victim indicated they had been married for three years, and before the stabbing, they had dinner and a few drinks. She said they were getting ready for bed with Corhn became verbally aggressive -- calling her names and telling her to leave. She refused -- saying she pays rent and said Corhn became more aggressive when she asked for her Visa card and food stamp card. He then pulled out a pocket knife and stabbed her in the temple and chest before following her into the kitchen, where he picked up a butcher knife and cut her am. According to the complaint, Corhn told the woman, "I am going to kill you (expletive). (Expletive), you are gonna die."

Corhn made his initial appearance in court on Dec. 13. Cash bond was set at $50,000, and a preliminary hearing was scheduled for Dec. 23.