OAK CREEK (WITI) — It looks like just another piece of junk mail, but take a second glance. If you get a certain unexpected piece of mail, it means your identity has been stolen.

It is from Green Dot.

Mike Swerdlow got two in the mail and originally tossed them in the trash. After talking his wife, Swerdlow realized something wasn't right. 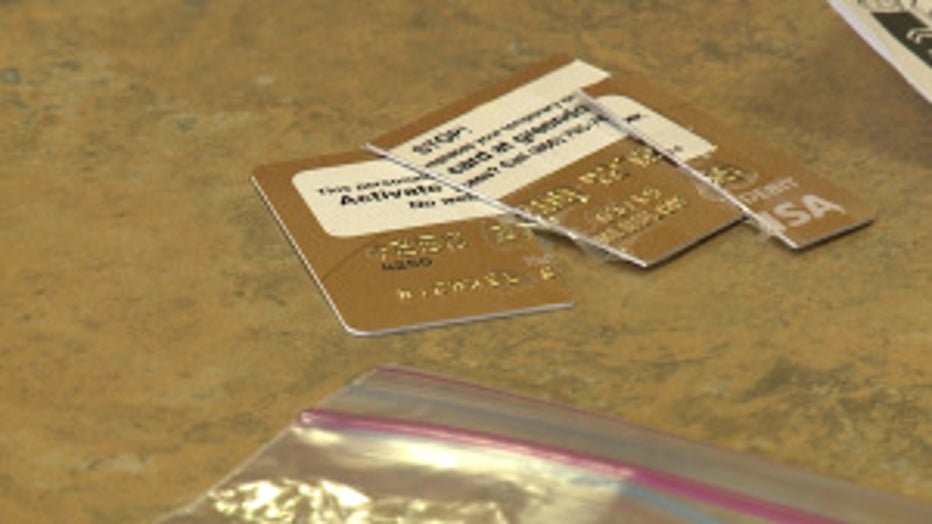 Mike Swerdlow originally cut up and tossed a Green Dot card he got in the mail, but he and his wife retrieved it after learning the account was real and set up fraudulently.

"She heard it was scam," Swerdlow said.

He hadn't ordered a Green Dot card or setup an account, but someone else had in his name.

Swerdlow's identity had been stolen and he's not alone. Police departments nationwide have crime alerts on this scam including Oak Creek.

"I have probably over 100 since February and I know other jurisdictions all around us are just getting inundated with these reports," Oak Creek Detective Ann Golombowski revealed.

Detective Golombowski says identities were likely stolen through one of several data breaches.

"Once that breach is made the scamsters have all your information and it's scary."

"Once that breach is made the scamsters have all your information and it's scary," Detective Golombowski said.

Now, con-artists are taking that information and setting up Green Dot accounts or worse.

"We have found that there's a link to people whose taxes are being filed in their name fraudulently," explained Detective Golombowski.

So, even though you have the card, the scammers have access to the account and any money or refund that has been desposited.

"We want that frozen so it doesn't go out to the suspects," Detective Golombowski said.

If you get one of these cards in the mail, immediately contact Green Dot to report the fraud and close and/or freeze the account. You can call the number on the card, 1-800-795-7605. They will ask for personal information, but you shouldn't be concerned.

"It will ask for your social security number, your date of birth…They're not divulging information that Green Dot doesn't already have," Detective Golombowski explained.

Also, you need to contact the IRS to let the agency know a false return may have been filed in your name. You can contact them at 1-800-908-4490. You may also need to fill out and send an Identity Theft Affadavit (Form 14039).

In addition, you should file a police report with your local police department and contact a credit bureau (Experian, Equifax or TransUnion) to place a fraud alert.

Swerdlow's taking all the steps he can, but is concerned about other victims.

"There's people that don't even know the internet and that's the people I feel for," Swerdlow said.

So, check your junk mail. It could be a big step in cutting off your information and money to identity thieves.