MILWAUKEE -- On spring primary election night Tuesday, February 16th, a four-candidate field for mayor of Milwaukee was whittled down to two. Alderman Bob Donovan is looking to unseat Milwaukee Mayor Tom Barrett (who is running for his fourth term). Donovan was one of four candidates (including Barrett) on the primary election ballot. Donovan will face Barrett in the general election on April 5th.

Donovan has been a vocal critic of Mayor Barrett -- speaking out about things like the rise in crime in Milwaukee, and plans for a streetcar in downtown Milwaukee.

Donovan's supporters gathered to rally and support him as the results came in.

Donovan has been in the race the longest -- having announced his candidacy back in July of 2014.

He is currently serving his fourth term as Milwaukee's 8th District alderman. He has been an outspoken advocate for residents living on the city's south side.

Donovan's no-nonsense approach to local government has extended to other issues, like his opposition to the downtown Milwaukee streetcar project.

He has been the long-time chairman of the City of Milwaukee's Public Safety Committee, and was recently endorsed by the Milwaukee Police Association.

Donovan is calling for an increase to staffing levels within the Milwaukee Police Department -- specifically adding more patrol officers.

CLICK HERE to learn more about Bob Donovan and his campaign for mayor. 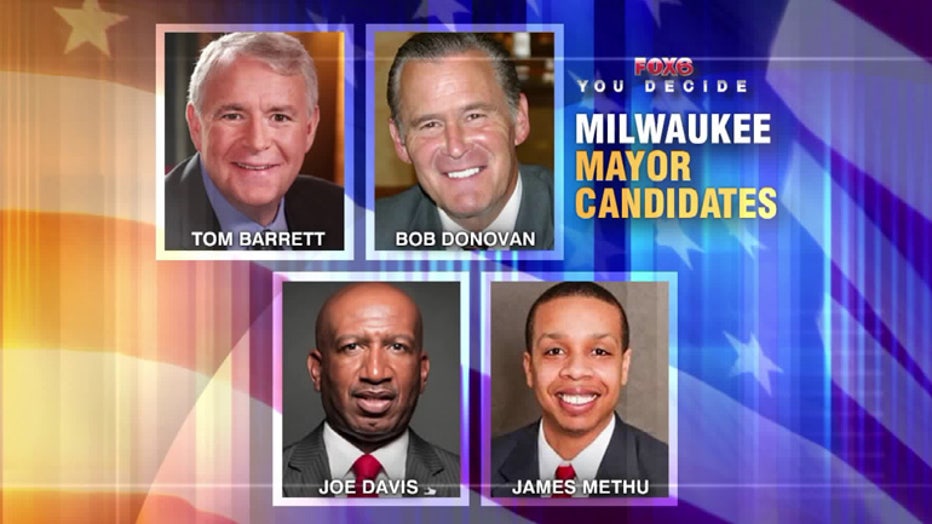