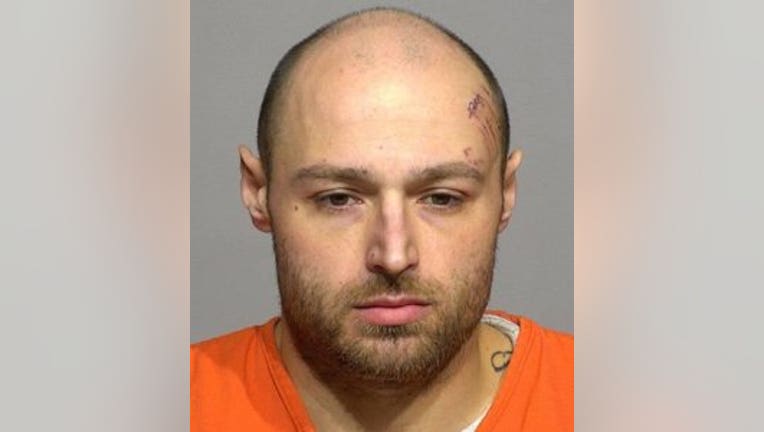 WEST MILWAUKEE -- Marshall Osmanski of West Milwaukee is accused of stabbing a dog named Bingo in an incident that unfolded on Tuesday, Nov. 26. The animal later died of cardiac arrest caused by massive blood loss.

Osmanski, 30, is charged with the following criminal counts:

According to the criminal complaint, officers were dispatched to a West Milwaukee residence after a man called police saying his "son was going crazy." The caller indicated his son, later identified as Osmanski, had stabbed the dog -- and the dog was now dying. When officers arrived on the scene, they "observed bloody footprints and dog paw prints covering the living room floor." The caller was tending to the dog.

Officers spoke with the owner of the home who indicated the "defendant has a history of violence, opioid drug use and mental health issues." He also told officers Bingo follows Osmanski "wherever he goes."  When the owner came home on Nov. 26, he heard Osmanski "talking crazy, acting paranoid, and making statements that didn't make sense." Osmanski then reportedly went into a rear bedroom -- and the dog followed. Moments later, the complaint says the owner "heard loud aggressive noises coming from the defendant in the room." He then saw the dog run from the room bleeding profusely. The complaint says Osmanski "ran out of the room yelling, 'What'd I do?!'" and then fled the home.

Officers searching for Osmanski later learned the car he was driving crashed on S. 56th Street near the Hank Aaron Trail in West Allis. The complaint says Osmanski "had jumped off the second story of a VA parking structure and uniformed officers chased him into a storm sewer/drain." After some time, officers were able to get Osmanski out of the sewer after using an electronic control device.

On Nov. 27, police interviewed Osmanski. He stated he had been taking multiple drugs-- and that "his manic episodes never got as bad as the day prior." Osmanski told police "he is the only one that cares for Bingo" and "I did something bad."

Osmanski made his initial appearance in court on Sunday, Dec. 1. He is set to appear in court for a preliminary hearing on Dec. 10.