WEST BEND -- Charges were filed Thursday, Dec. 12 against a West Bend man prosecutors said beat his wife with a baseball bat. That woman watched from the gallery with a gash on her forehead as her husband made his initial court appearance.

His defense attorney tried to downplay the serious allegations in this case.

According to police, Fay walked into the police department and confessed to assaulting his wife of 18 years, and the mother of their five children -- hitting her with a baseball bat. Police said Fay asked for an ambulance to be sent to their home, while his wife was bleeding on the floor. Prosecutors said Fay told police, "I beat her up pretty bad" because he "was upset about having court today regarding their divorce."

"As the complaint alleges, he was called an idiot multiple times and told he was useless, things like that," said the defense attorney. 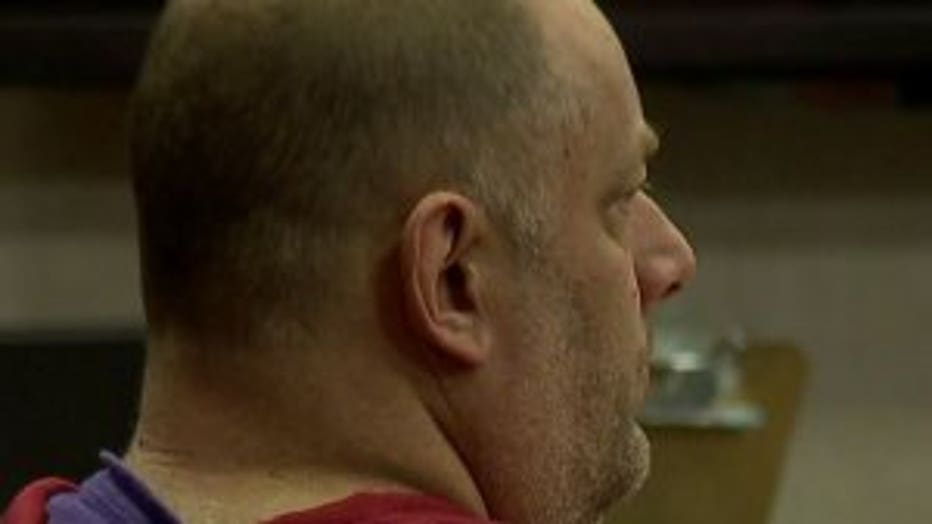 Because of those comments, Fay allegedly told police he "just wanted his wife to shut up," and "put his hand around her neck to choke her," hitting her in the head with the bat multiple times.

"Mr. Fay is alleged to have grabbed a short kid's bat next to a shotgun, which he did not grab," said the defense attorney.

Prosecutors said Fay's wife needed four stitches and nine staples in her head, suffering a concussion and bruises. Police said Fay pinned her down for two hours and told his wife she was going to die at least 20 times.

"His wife, the same day, was released from the hospital," said the defense attorney. "No bandages, no cast, no sling."