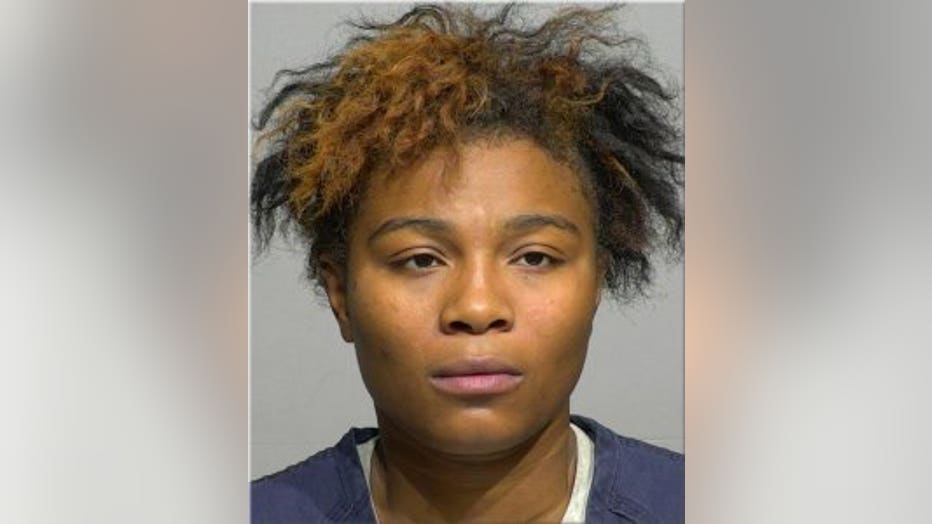 MILWAUKEE -- Cash bond was set at $100,000 Sunday, July 26 for a Milwaukee mother facing a charge of first-degree reckless homicide for the shooting death of her 2-year-old daughter, Zymeiia Stevens, Tuesday, July 21 near 105th Street and Daphne Street. Prosecutors said she admitted to "accidentally" shooting her daughter after initially offering multiple accounts of what happened, changing her story at least five times -- even blaming her own son.

According to a criminal complaint, witnesses heard a gunshot around 7:30 p.m. and watched Jasmine Daniels, 22, run outside with her child who had been shot. First responders were called, and witnesses helped perform CPR on Stevens before paramedics arrived. Paramedics performed life-saving measures, but the 2-year-old girl was pronounced dead en route to Children's Wisconsin.

Another witness said they saw a black male exit the residence after the shooting with a gun in his waistband, entering a silver, four-door car.

At the hospital, Daniels was interviewed by police. That's where prosecutors said she began to offer multiple story lines about what happened leading up to the shooting.

She reportedly told police her two children — a 3-year-old son and 2-year-old daughter — were in her basement apartment when she went outside and heard "three to four gunshots."

After being confronted again, Daniels claimed she was in the basement with the two children and a gun she owned for protection was lying on a table. She said she looked away for two minutes, and heard a gunshot. She then looked and saw the 3-year-old crying, and the 2-year-old bleeding. According to the complaint, she said, “He didn’t mean to do it”, blaming her 3-year-old son for the shooting.

Only the three of them were in the basement at the time of the incident, according to Daniels.

A detective asked for consent to search the residence for the gun. Prosecutors said Daniels refused and said the gun would not be located inside the residence. 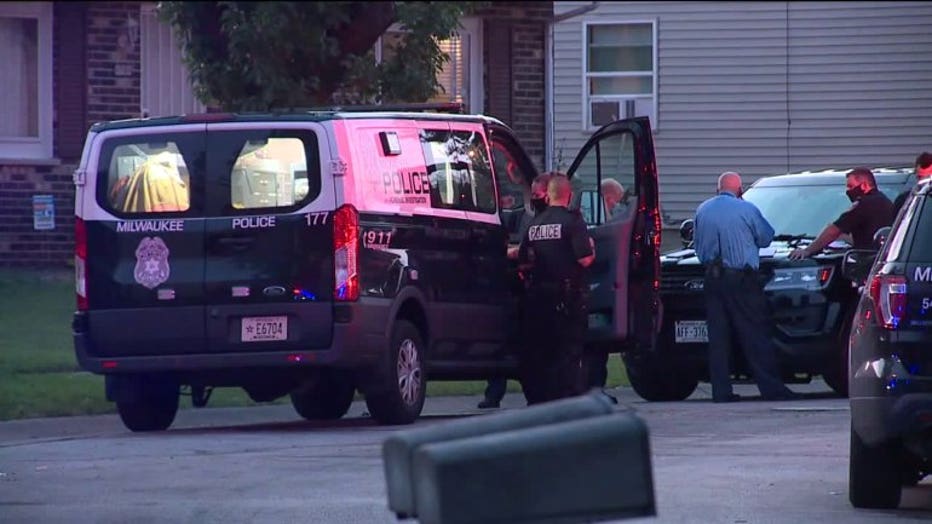 Scene of shooting near 106th and Daphne

That's when Daniels was taken into police custody for obstruction, according to the complaint.

A search of the residence found the following items, according to the complaint:

During additional questioning the day after the shooting, prosecutors said Daniels provided a third account of what took place the night of the shooting: She claimed that a week prior to the shooting, she found a gun at the park and admitted she did not check the gun to see if there was a round in the chamber.

During the interview, prosecutors said Daniels remained uncooperative, refusing to identify other individuals that lived in the upstairs portion of the residence. Daniels was adamant that there were only three people who lived in the basement.

In a fourth interview, prosecutors said Daniels admitted that she lied again to police. 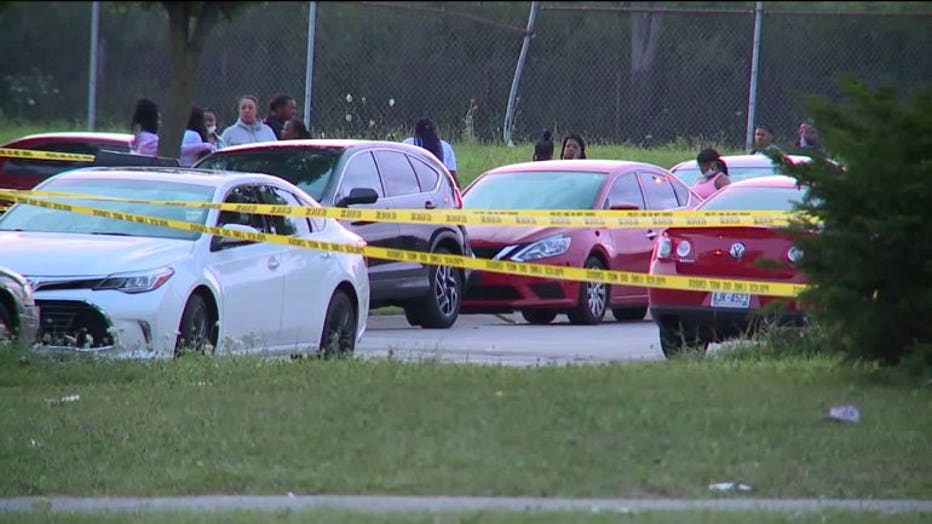 Scene of shooting near 106th and Daphne

She admitted that her 3-year-old did not shoot her 2-year-old. She claimed that she was in the basement when an unknown black male came into the basement and sat on the couch. According to the complaint, the unknown black male began cleaning a gun. Despite her children playing in the very same room while he was cleaning the gun — Daniels reportedly took no action, claiming that it did not bother her that an unknown person was inside her residence, cleaning a gun, while her children were playing in the same room.

Five minutes later, she heard a gunshot, according to the complaint.

The unknown male allegedly fled the residence and her 2-year-old was laying on the floor. The complaint said Daniels admitted other people were present inside the upper portion of the residence, but refused to identify who those people were.

Daniels also denied that her boyfriend and father of her children was at the residence at the time. 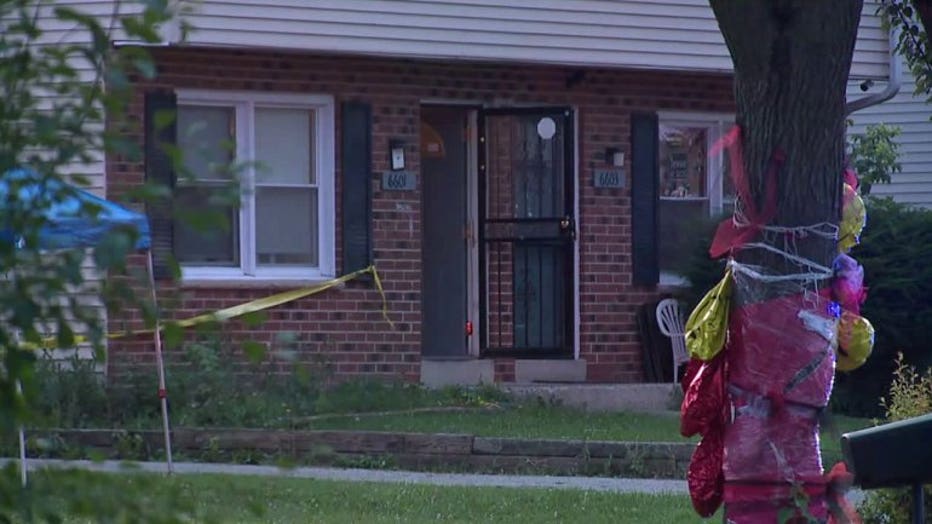 Prosecutors said Daniels continued to refuse to provide information regarding other male individuals inside the residence, even after being shown still photocopies from the surveillance video.

Another interview was conducted two days after the shooting. During the interview, detectives said Daniels lied again as to how the toddler was shot. This time, Daniels told a story about a person named “Eddie” wearing all black who shot the 2-year-old. There is no person matching that description in the surveillance video, according to police.

Daniels then broke down and started to cry admitting, “I accidentally did it.”

Prosecutors said Daniels admitted the gun was hers and she was playing around with it in the basement when the gun went off and her 2-year-old was shot.

When interviewing Daniels' 3-year-old son, detectives asked him what happened. The boy said, "Nuk-Nuk hurt (the 2-year-old)." When asked what her 3-year-old calls her, Daniels replied, "Nuk-Nuk."

If convicted, Daniels could face up to 60 years in prison. She is due back in court on Aug. 4 for her preliminary hearing.