(WITI) -- It's a simple question that drove the internet BONKERS last week -- even dividing the internet: "What color is this dress?" Now, there's another, more complicated question: "How can two people see the same thing two different ways?"

Neuro-marketing expert Professor Diana Derval posted a tutorial on the basics of vision to LinkedIn.  The test explains the variations in colors that different people see.

Derval says the number of colors you see depends on the number and distribution of cones, or color receptors, in your eyes. Only 25% of the population has a fourth cone to see more accurate colors.

Take the test.  Count the colors you see in this spectrum: 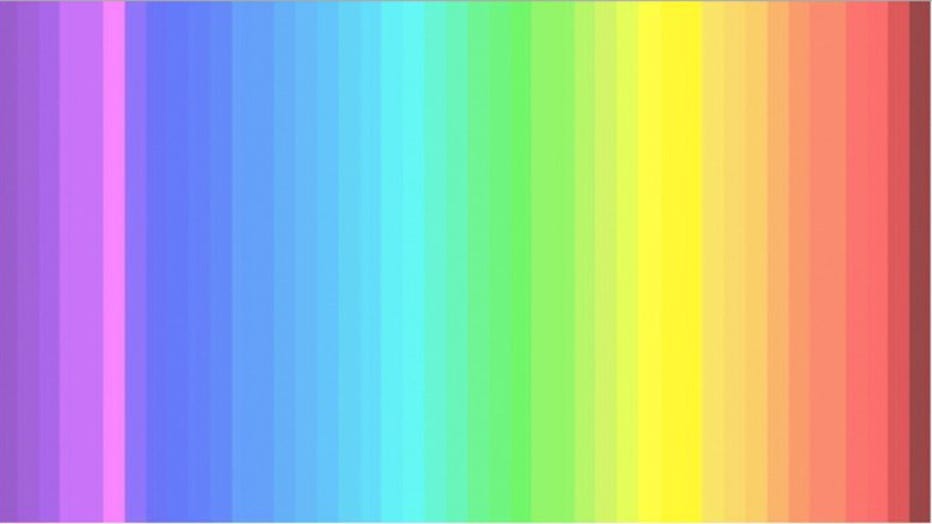 Fewer than 20 color nuances: You are a dichromat, like a dog, and have only two types of cones. Derval said you are likely to wear black, beige and blue (25% of the population).

Between 20 and 32 color nuances: You are a trichromat. You have three types of cones in the purple/blue, green and red area (50% of the population). 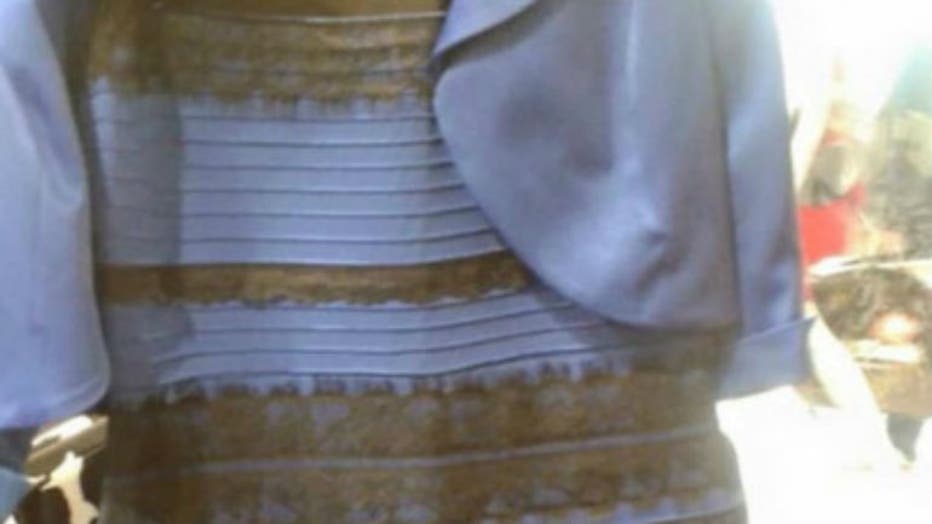 BUT, is this color test truly accurate?

The online debunking  site Snopes reports computer monitors are not capable of displaying the range of colors required for this test. Snopes says:

"According to the researchers at New Castle University's Tetrachromacy Project, computer screens do not provide enough color information to be able to 'tap into' the extra dimension that tetrachromats may possess. It is therefore impossible for an online test to investigate tetrachromacy.

Additionally, the claim that 25% of people are tetrachromats is inaccurate. While Jay Neitz, a color vision researcher at the Medical College of Wisconsin estimated that half of the female population has a fourth cone in their eyes, only a small number of those people can actually see additional colors.

Neitz told the Pittsburgh Post Gazette in 2006 that only about 2% of the female population are tetrachromats. Newcastle University neuroscientist Gabriele Jordan said that the number may be higher (about 12%), but in 20 years of research she has only been able to confirm the condition in one person:

The odds of being a male tetrachromat are even lower, as it requires two X chromosomes to develop four types of cone:

The red and green cones are coded by genes lying on the X chromosome. These genes are very similar and are prone to errors during early development of a foetus. 6% of men carry an anomalous gene which produces a different red or a different green cone. We call them anomalous trichromats, because their colour vision is slightly different from normal. 2% of men have either no red or no green cones, because the genetic error was more severe. We call these men dichromats as their colour vision relies on only two types of cone. The blue cones are coded by a gene on chromosome 7 and are rarely subject to genetic errors. A woman, who has two X chromosomes, can carry the normal red and green genes on one of her X chromosomes and an anomalous gene on her other. This genetic pattern enables her to express four types of cone."