WASHINGTON — Claiming he's accomplished a "heckuva lot," House Speaker Paul Ryan announced Wednesday he will not run for re-election and will retire next year, injecting another layer of uncertainty as Republicans face worries over losing their majority in the fall.

The Wisconsin Republican cast the decision as a personal one, saying he did not want his children growing up with a "weekend dad." He told reporters he believes he's leaving with strong accomplishments his party can sell to voters ahead of November elections.

"I have given this job everything I have," he said. "We're going to have a great record to run on."

Ryan's plans have been the source of much speculation and will set off a scramble among his lieutenants to take the helm. Ryan said he will remain speaker and serve out the rest of his term before retiring in January.

A self-styled budget guru, Ryan had made tax cuts a centerpiece of his legislative agenda, and a personal cause, and Congress delivered on that late last year. 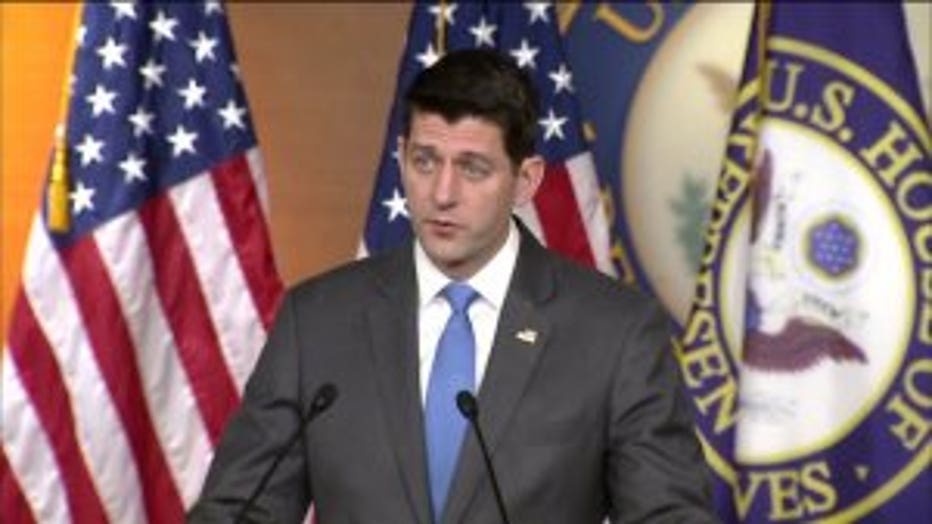 Ryan, who has had a difficult relationship with President Donald Trump, thanked the president for giving him the chance to move the GOP ahead.

Ryan, 48, announced his plans at a closed-door meeting of House Republicans Wednesday morning, according to those present. His tone was somber, and he read directly from prepared remarks.

The speaker called extended family and a few close friends Tuesday night and alerted a few staff. On Wednesday morning, he called the president and the vice president and informed the rest of his staff before going to the conference meeting, officials said. 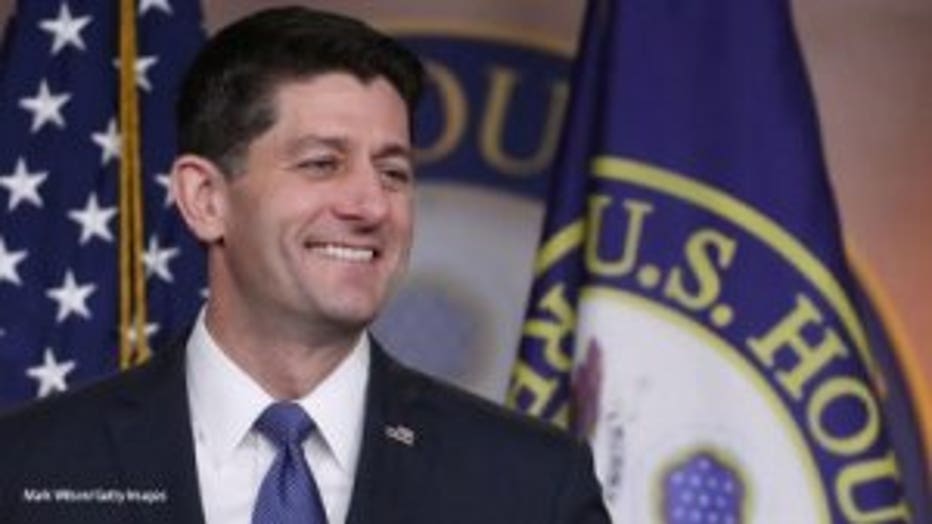 Who will run for Ryan's seat?

The most high-profile of the potential Republican candidates are state Assembly Speaker Robin Vos and former White House Chief of Staff and Republican National Committee Chairman Reince Priebus. Both issued statements praising Ryan and have not said whether they are interested in running.

Other possible candidates who haven't announced their intentions include Speaker Pro-Tem Tyler August, state Rep. Samantha Kerkman, state Sen. Dave Craig and longtime Ryan backer Bryan Steil, an attorney and member of the University of Wisconsin Board of Regents.

"Since Speaker Ryan's decision today, I have received calls from a number of friends and leaders in the First Congressional District urging me to run," Steil said in an email. "I am giving this serious consideration."

"Hey, it's the year of the woman," Kerkman told the Associated Press. "There's a lot to think about."

August said in a statement that he would continue seeking "advice and guidance" from Ryan. Craig, a former Ryan aide, thanked him for his service.

State Sens. Steve Nass and Van Wanggaard said in separate statements they would not run for Ryan's seat.

Democrat Randy Bryce, a colorful ironworker who has cultivated an "IronStache" moniker, had been Ryan's best-known Democratic challenger, drawing liberal support from around the country. He had nearly $2.3 million in the bank at the end of the first quarter. Janesville teacher Cathy Myers was also running on the Democratic side.

The only declared Republican was Paul Nehlen, who was banned from Twitter for a series of posts criticized as racist or anti-Semitic.

Ryan's political director, Kevin Seifert, said the speaker would not endorse anyone in a potential Republican primary but that Nehlen should not be in the race because of his views.

Seifert said Bryce and Myers would be "laughable" if they tried to claim they were the reason for Ryan's decision.

Ryan, a Republican from Janesville, Wisconsin, was first elected to Congress in 1998. Along with Reps. Eric Cantor and Kevin McCarthy, he branded himself a rising "Young Gun" in an aging party. 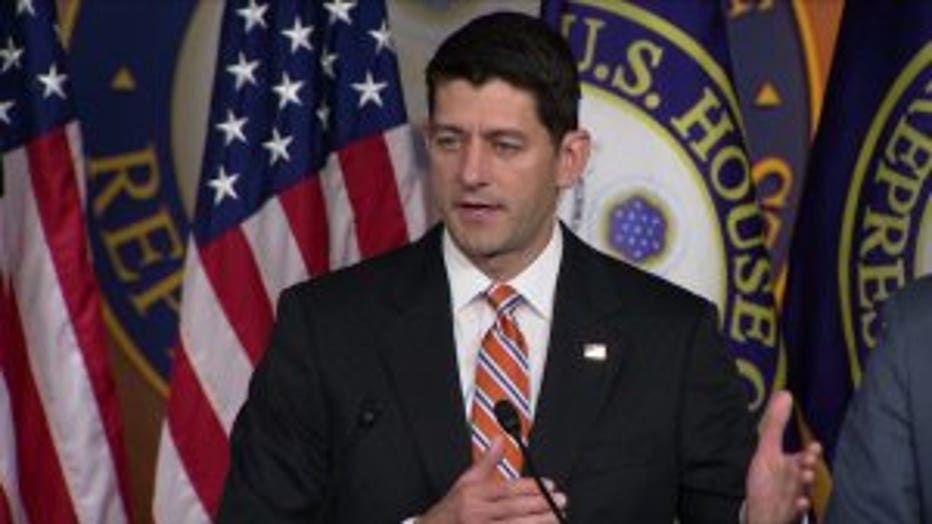 Ryan was pulled into the leadership job by the abrupt retirement of House Speaker John Boehner in 2015. Boehner had struggled to wrangle the chamber's restless conservative wing and failed to the seal big-picture deals on fiscal policy he sought. Ryan had more trust with the hardliners in the House, but had no more success in brokering fundamental reform of entitlement he sought.

He ultimately had to wrestle with another unexpected challenge: President Donald Trump, a president with little of Ryan's interest in policy detail or ideological purity. The two have had not had a close working relationship.

House Majority Leader McCarthy, a Republican from California known to be tighter with Trump, is expected to seeking the speaker post. He will likely compete with House Majority Whip Steve Scalise, of Louisiana, for the job. Both men spoke at the closed-door meeting Wednesday, delivering tributes to Ryan.