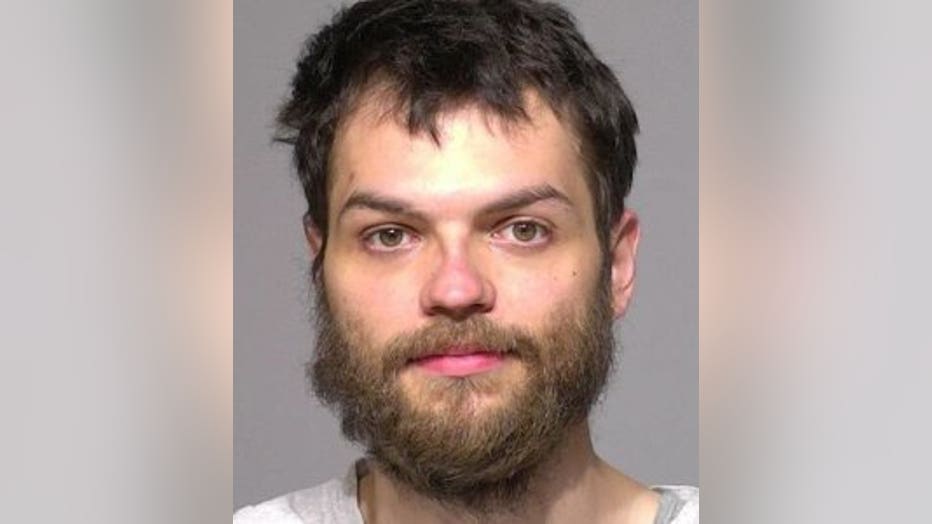 MILWAUKEE -- A Milwaukee man and a Fredonia woman face charges after prosecutors said the vehicle they were in struck two officers and a 27-year-old man during a protest early Thursday, June 4 outside Milwaukee Police Department's Distrit 5 station. According to investigators, the man who was driving did not stop after driving through a crowd of protesters.

Freya Nicneven, 21, faces one count of harboring or aiding a felon.

The crash happened around 3 a.m. near MLK Drive and Locust Street as officers attempted to arrest several protesters.

According to a criminal complaint, an officer said there was a silver Dodge Caliber with "Black Lives Matter" written on it in black paint -- and the driver drove off through the crowd of people and officers, striking two officers and a man. All three victims were taken to the hospital. 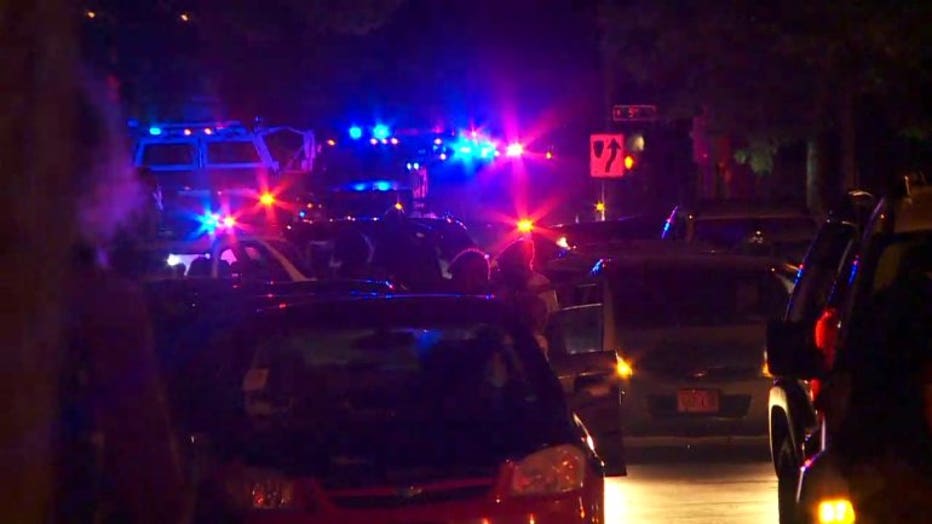 The complaint said surveillance video showed one of the officers went up onto the hood of the vehicle, while the man ended up being pinned under the vehicle and dragged 50 feet. The officer who went up on the hood said he was "holding the line in front of District 5 and warning protesters to exit the street," and he assisted other officers who were attempting to arrest the man who ended up being dragged by the vehicle. The officer said he was struck on his side -- picked up by the Dodge Caliber.

The man who was injured said he had been protesting with friends and "heard multiple announcements by officers to leave the area," but didn't leave and "saw officers rush towards them," according to the complaint. He said he was stopped and taken to the ground by officers, and then he saw lights from a vehicle. He said he was then struck by the vehicle and pinned, and the driver did not stop. 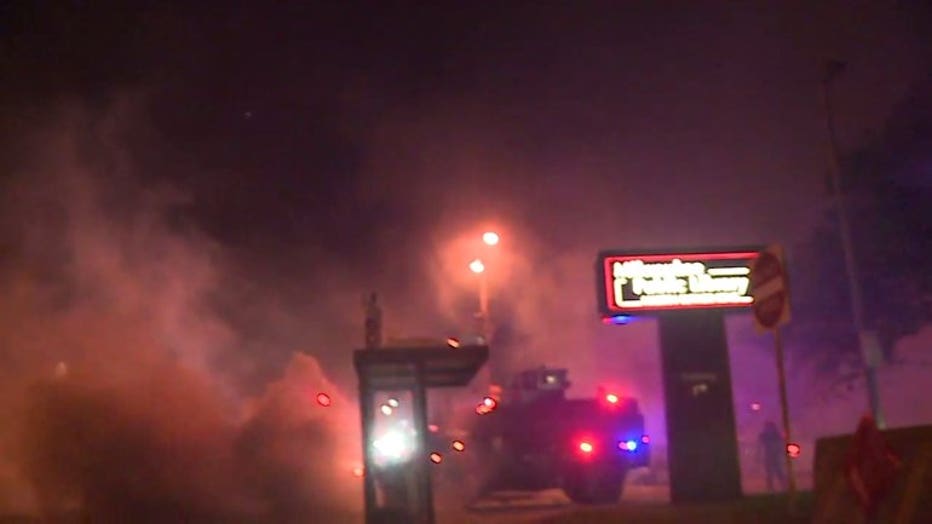 An officer on scene reported seeing a woman get into the Dodge Caliber, and was able to get a license plate number. An investigation revealed the vehicle was registered to Freya Nicneven -- and officers responding to the address found the Caliber parked in the driveway, with three individuals wiping off paint -- two of them identified as Lumby and Nicneven. All three were arrested.

Nicneven told investigators she went to the protest and when police started to arrest people, she got in her vehicle and Lumby drove off. According to the complaint, she said "there were people everywhere," and Lumby "drove straight through the crowded area." She said she knew he struck people but didn't know someone was run over. She said officers had swarmed their vehicle, yelling to get out, the complaint said. She noted that Lumby was "really shaken up" after the crash. 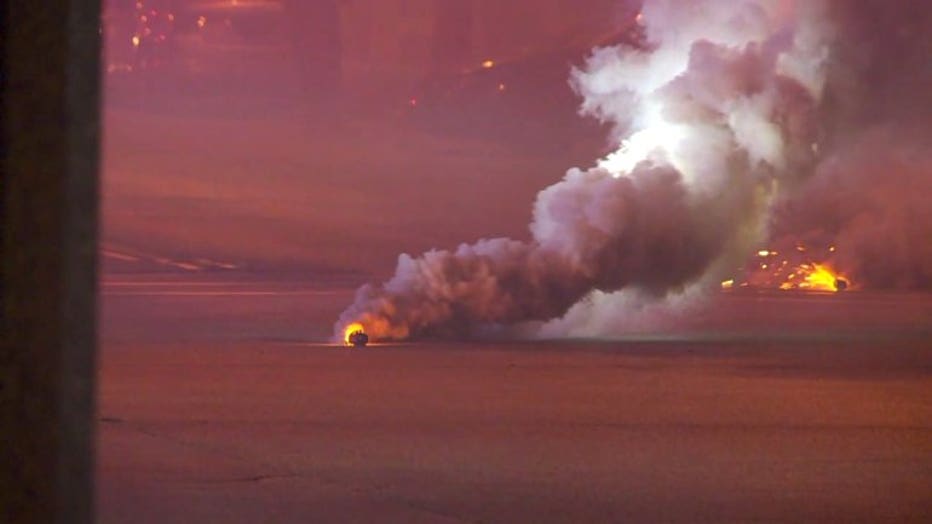 Prosecutors said Lumby admitted he was driving the Dodge Caliber. Lumby told investigators, "I got scared, man," and, "I didn't know what to do." According to the complaint, he said, "My hands and feet just started moving, man."

He added this statement when advised of the fact that he had injured two officers and a 27-year-old man: