Honor Flight returns to the skies after 21 months

Like so many things during the pandemic, the Honor Flights -- the chance for veterans to tour their memorials in DC – were grounded. The world was in another kind of war, and those vets were in the most vulnerable population.

But starting in August – after 21 long months – flights resumed. The mission renewed.

FOX6's Carl Deffenbaugh and photojournalist Eric Litsheim accompanied Stars and Stripes Honor Flight on its most recent flight, the last before Veterans Day.

To serve is to sacrifice. To honor is to acknowledge. 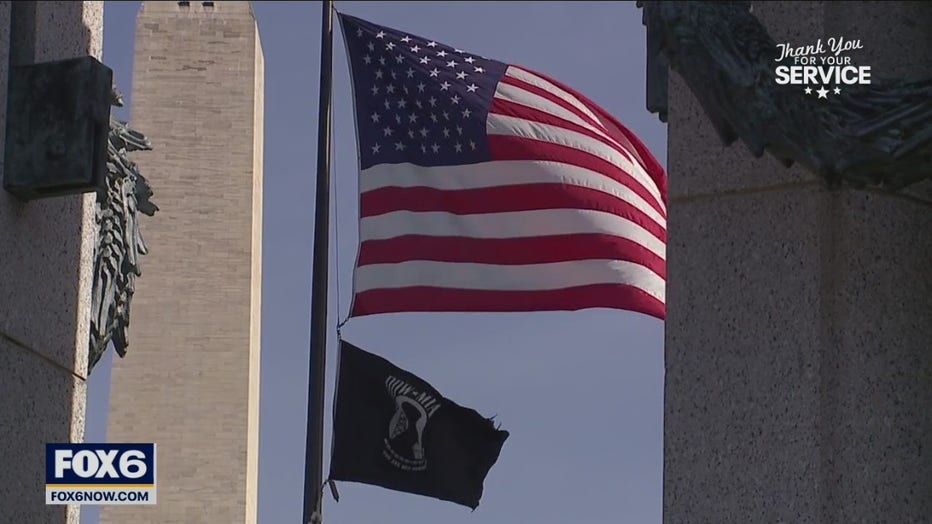 But to fully appreciate a moment like this – Homecoming for the Stars and Stripes Honor Flight – you need to hear the stories, see the pain, recognize the cost.

"Every person takes a little bit out of you," says Vietnam veteran Rich Breest. "You can only pretend that doesn’t exist for so long."

On a picture-perfect November day, 104 veterans board two chartered flights out of Mitchell Airport.

After the short flight, they ring in the day with the help of an official town crier greeting them in Baltimore.

Then they board buses for a tour of DC A photo opp at the Marine Corps Memorial. Another picture or two at the sweeping Air Force Memorial.

But it’s as they enter the hallowed ground of Arlington National Cemetery that the tone begins to shift. With a song, followed by silence.

At the Tomb of the Unknown Soldier, the strict routine of the sentinels is only broken by a subtle scrape of their shoes. The Old Guard's way of saluting veterans in attendance.

From Arlington, it’s on to the most recognizable stops along the National Mall. Sightseeing destinations for so many tourists are points of somber reflection for the Honor Flight. 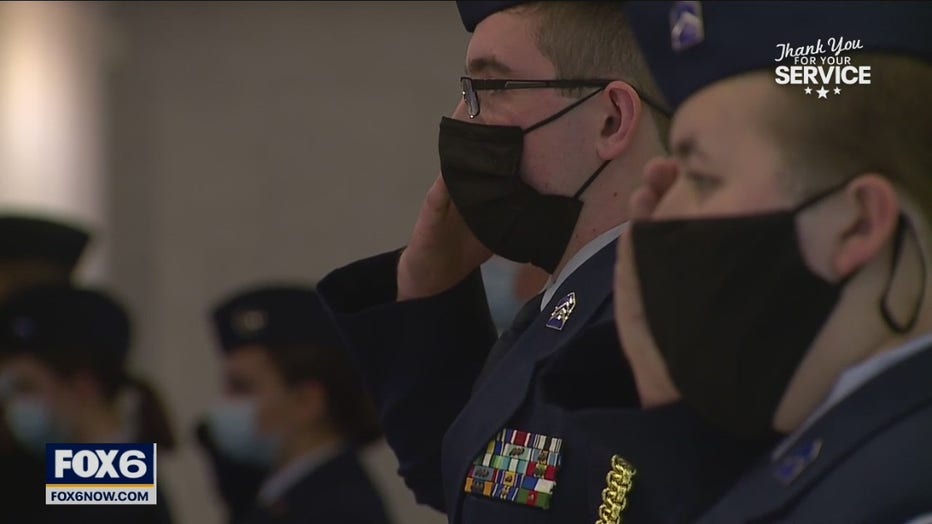 The first stop on the Mall, the World War II Memorial, is a poignant one for the Stars and Stripes Honor Flight. Since forming in 2008, this – their 60th mission – is also their first without a single World War II veteran.

"We’re sad that we don’t have many WWII vets anymore," says President Karyn Roelke. "But the stories of the Korean vets and the Vietnam vets are equally important and it’s important for us to guard their legacies as well."

Further down the Mall, the cold, black granite of the Vietnam Veterans Memorial rises from the ground.

"Show respect to what he had done for our country," says Army veteran Raymond Wick of the picture he brought of a friend and fellow veteran who passed away earlier this year. "[His wife] will appreciate the fact that I brought him here."

The thousands of names etched in stone hit differently when you called that person a brother or friend. 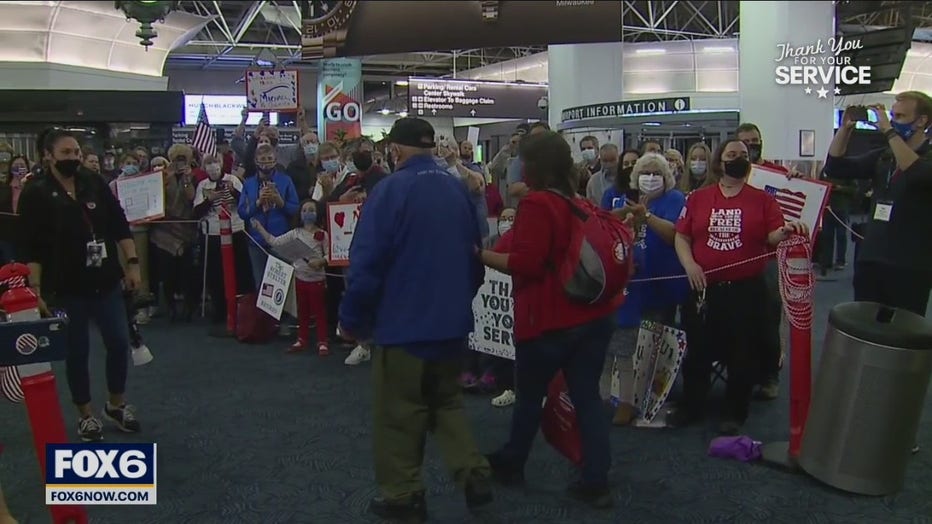 "He was in Vietnam about 30 days," says Army veteran Russ Boie of his childhood friend Ron Sandel. "And he was shot in a main artery and bled to death."

Boie went through grade school, high school, college and the draft with his buddy Ron. He’s gone far longer now without him.

"We know he’s not here," Boie says. "But just seeing his name permanently imprinted here on the wall, it just means something emotionally."

Rich Breest and his daughter Jen Kurneta are hard to miss. His colorful lei and the cut of her Navy uniform are signs of how far she came – all the way from Naval Station Pearl Harbor – to get here.

"Nowhere else I could be," says Chief Petty Officer Kurneta. "Than here with my dad."

Rich’s journey though was even harder.

"It’s to say I’m sorry I wasn’t there for him," states Rich, fighting back tears. "I’ve held that guilt for a long time."

The Army medic and his friend Bob survived countless helicopter missions together.

"I was doing pretty good today," Rust says. "And then got to the Wall."

Until the time Rich went on leave. And Bob wasn’t there when he got back. 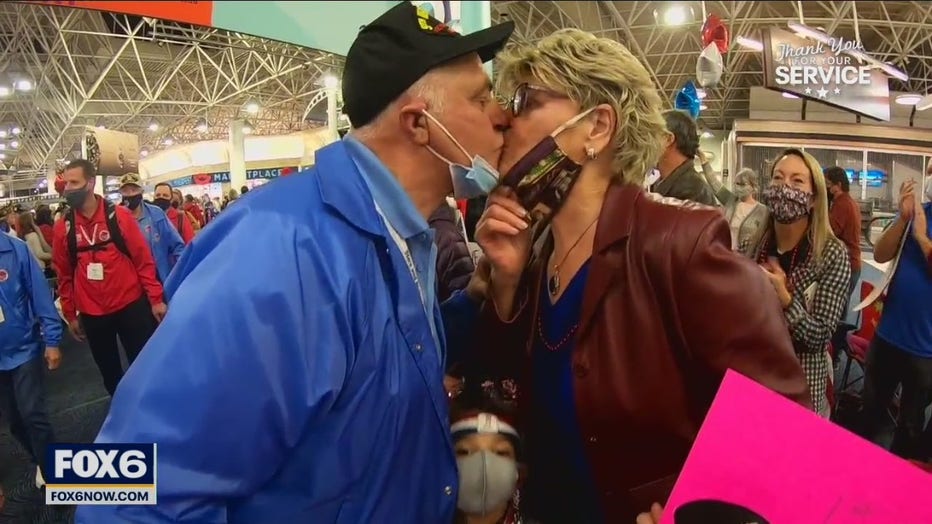 "That’s the cost of war," he says. "It’s not the money. It’s the friendships that can’t be there anymore."

For so many of the veterans, the wounds of the war never healed.

"Our Vietnam vets in particular," Roelke explains. "Not only didn’t receive a welcome home but often were really scorned or ostracized even by their own families sometimes."

"When I returned from my first deployment," Kurneta says. "My dad asked me if people had come to see me home. And I said. 'Yeah, there were so many people on the pier welcoming me home.' And he started crying and he said, 'I’m so grateful for that. I’m so grateful that your experience was different than mine.' And so I’m so thankful that I can be here to change that storyline for him."

"I’ve forgiven the country for how they treated us at that time," says Boie, after sharing how they were told not to go out in their uniform after returning from Vietnam. "Because I’ve had nothing but total compassion and appreciation for my service from people here." 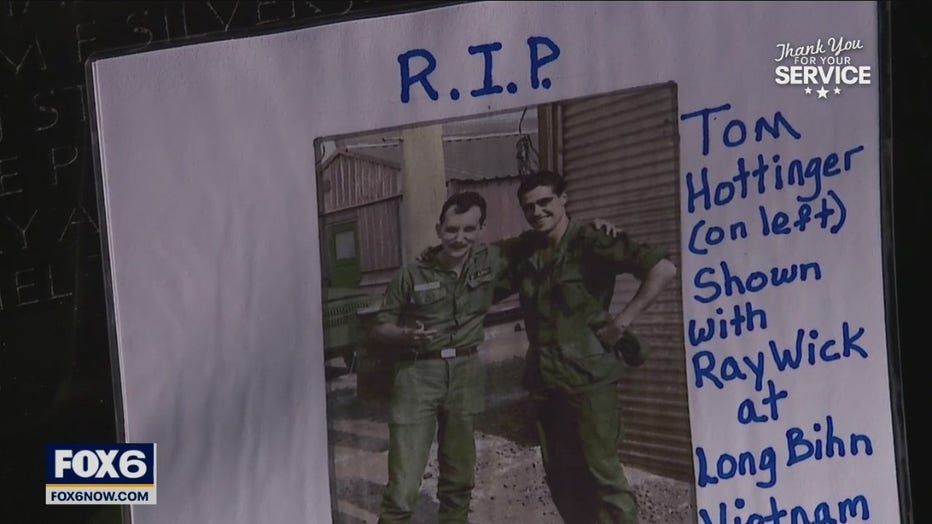 On the flight back, the organizers have one last surprise, Mail Call. Each vet receives an envelope full of cards and letters of appreciation from complete strangers and their closest family members.

"'Hi Grandma, I love you,' " Army nurse Lauri Raube reads. " 'Have a wonderful time. Thank you for serving the entire country. I love you, Grandma, from Jordy.' "

"I didn’t expect all these cards and letters to come," says Navy Veteran James Kleinschmidt. "And it kind of hits home."

"It’s everybody I love, that supports me," says James Gruenewald, who earned two Purple Hearts as a Marine. "And they showed their appreciation. It’s just overwhelming."

Back in Milwaukee, at the end of a 16-hour, emotionally exhausting day, they’re home. This time to cheers, applause, and songs from the crowd of hundreds.

On that same trip, Stars and Stripes Honor Flight recognized the 8,000th veteran they’ve flown since 2008. And all that as an entirely volunteer-run organization.

If you’d like to support their efforts – either financially or as a volunteer or even as a guardian, you can find more information here.

Wisconsin World War II veterans share their memories of events that forever changed their lives -- and those around them.

Advocate Aurora Health announced on Thursday, Nov. 11 that it will raise its minimum hourly wage to $18 beginning Dec. 5.