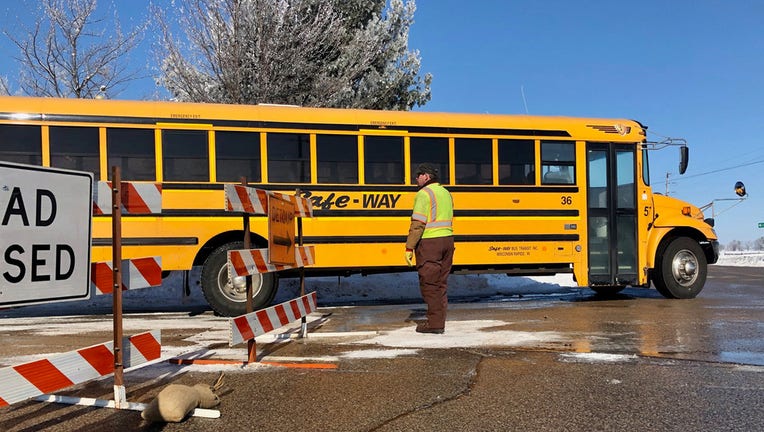 A school bus leaves the scene of a fatal crash on Hwy. 73 in the Waushara County town of Oasis Feb. 10, 2020. (WLUK/Monique Lopez)

WAUTOMA, Wis. - A man is facing felony charges for a school bus stop crash that killed a six-year-old girl.

Carl Mullenix, 76, is expected to make an initial appearance in Waushara County Circuit Court Tuesday on a felony charge of homicide by negligent operation of a vehicle.

Maryana Kranz was killed outside her Plainfield home last February while waiting to get on the bus. Prosecutors say Mullenix drove around the right side of the bus on Highway 73 and struck the girl and her four-year-old sister, who suffered a concussion.

He was earlier cited by the Waushara County Sheriff’s Office for unsafe passing on the right, inattentive driving, failure to stop for an unloading school bus, and improper passing of a stopped bus, WLUK-TV reported.