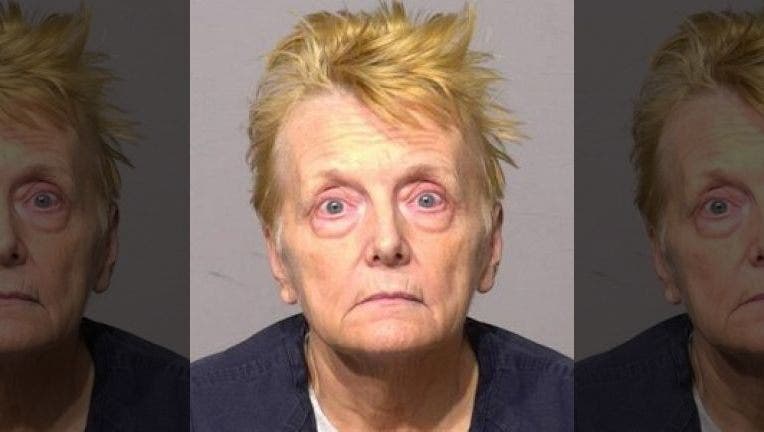 Online court records showed the charge, which included domestic abuse and use of a dangerous weapon modifiers, was dismissed because the state's essential witness failed to appear for a jury trial scheduled to begin Monday. The court granted a motion from Barbara Giganti's attorney to dismiss the case, as the state "has no alternative theory of prosecution," and the felony charge was dropped.

According to prosecutors, the roommate of Giganti, 70, told investigators he was watching a college football game on Dec. 28, 2019 when his girlfriend stopped by. Giganti "came out of her bedroom and started an argument with (the girlfriend)." The man told Giganti he was going to his girlfriend's house -- and prepared to leave the residence.

At this point, prosecutors said Giganti grabbed the man's shoulder and sliced his neck with a box cutter. Police noted the "cut had a high probability of striking one of (the man's) arteries or windpipe."

When questioned by police, Giganti claimed the man "was trying to grab her breasts and she grabbed a box cutter to defend herself."

During transport to the West Allis Police Department, she stated "without being prompted, 'Now that I have had a chance to calm down, I think (the man) cut himself.'"

Lastly, in a Mirandized statement, Giganti told police the man was trying to grab her, and she "grabbed the box cutter she keeps for her protection, exposed the blade and told (the man) to leave her alone. She admitted making a slashing motion towards (the man's) neck, but did not believe she cut him because there was no blood on the blade."

Shortly after charges were filed, a competency examination was ordered by Giganti's attorney. In late February, she was found not competent to proceed in the case, and committed for mental health treatment. She was back in court in May, and found competent to proceed, so the case resumed.

Again, the charge has now been dismissed.