Home dangles over Lake Michigan until it can be demolished

Home dangles over Lake Michigan until it can be demolished 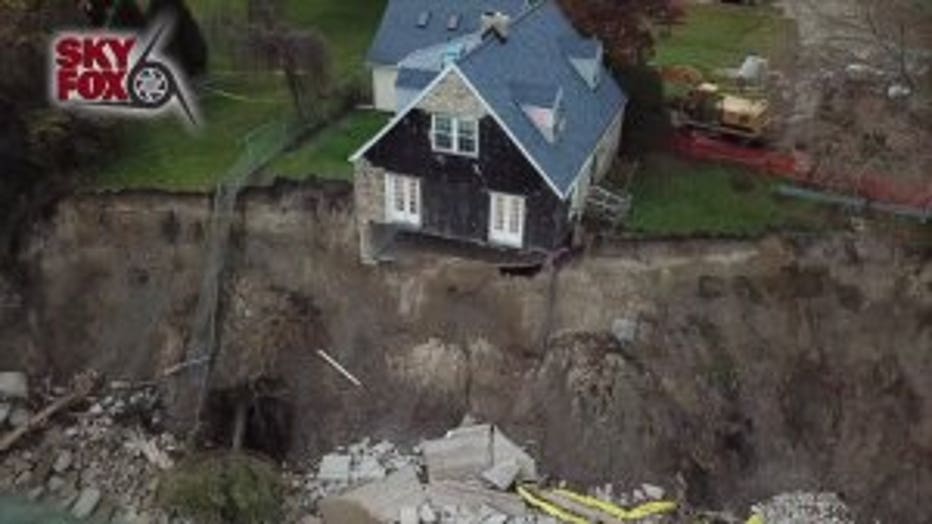 SOMERS -- FOX6 News got a closer look at the property dangling over Lake Michigan in the Village and Town of Somers during a supervised tour on Thursday, Oct. 24. Our cameras captured just how quickly erosion chomped away at the property.

It was only a matter of time before erosion would consume the abandoned home -- dangling over Lake Michigan for months. 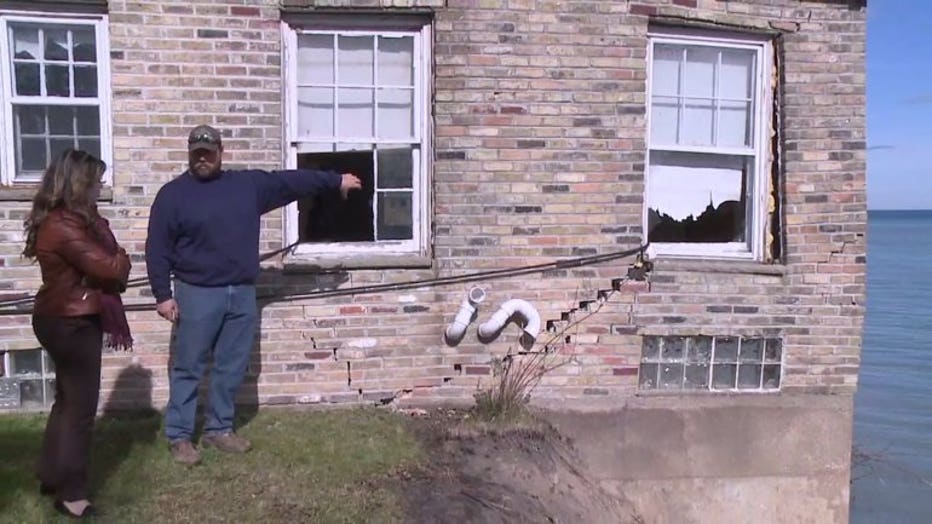 Max Lucansky, the demolition contractor racing against the clock, had been on the project for eight weeks. In the last two-and-a-half weeks, he lost a tree that once stood tall. 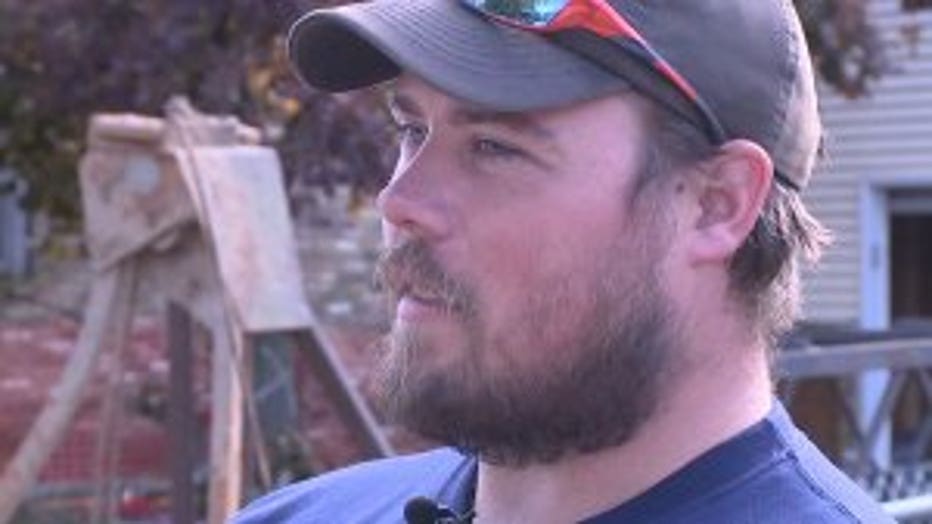 "The lake has taken 70-pound anchors -- ripped them right out of the shoreline," said Lucansky. "It's broken chains. It's broken ropes."

With each passing week, the project presented new challenges.

After experiencing a delay in acquiring equipment due to outside logistics, the hope was to begin demolition as early as the last week of October. 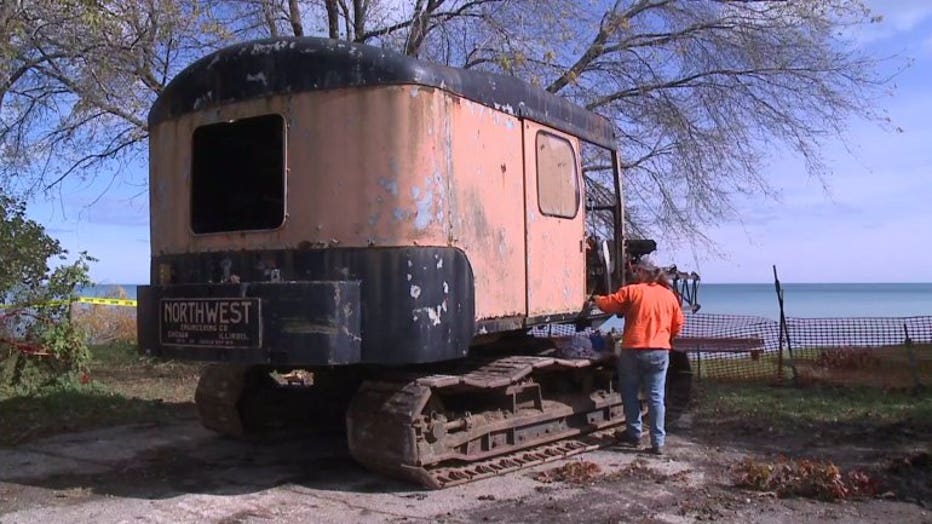 "The other logistics I'm waiting for is dumpsters," said Lucansky. "We've got a crane and an excavator."

Todd Kehl said he has lived in this lakefront neighborhood for a decade, and said erosion's a concern for all who live there. 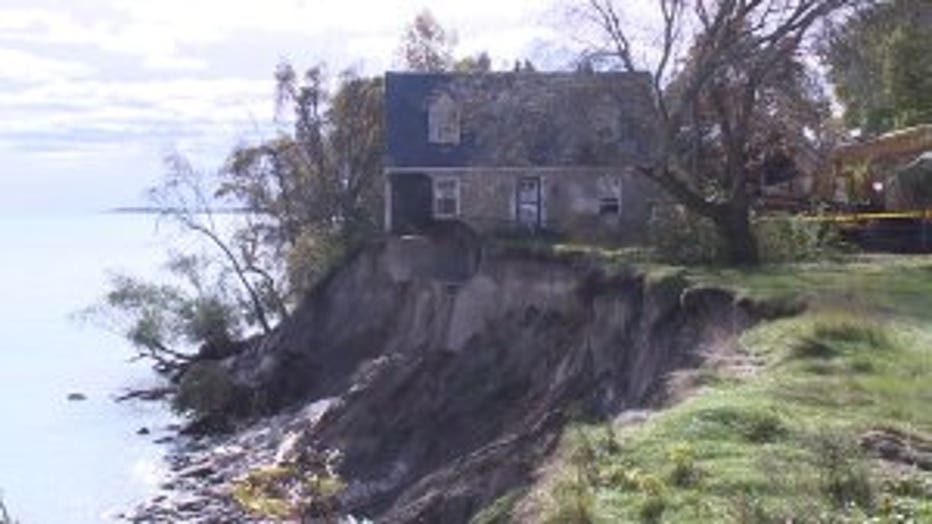 "It always enters our mind," Kehl said. "We knew this was going to happen for a couple of years. The more the storms come in during the fall, the worse it gets."

According to the contractor, a 35-ton cable wrapped around the house twice was all that was keeping the house in place until demolition. The structure was heavily anchored onto the foundation of the garage.

"It was a gamble," Lucansky said.

FOX6 News was told the house had not moved at all in the last week. The contractor said once the demolition began, they would keep the public away from the immediate work area for everyone's safety.