“His political career is over:” Sarah Palin wants WI Republicans to vote Paul Ryan out

"His political career is over:" Sarah Palin wants WI Republicans to vote Paul Ryan out

During a round of interviews with Wisconsin newspapers and radio outlets, Ryan dismissed Palin as an "outside agitator" and said he wasn't concerned with her decision to endorse his longshot GOP challenger.

A day earlier, Palin said should would do "whatever I can" to help challenger Paul Nehlen defeat Ryan.

"His political career is over -- but for a miracle," Palin said of Ryan on Sunday. "He has so disrespected the will of the people." 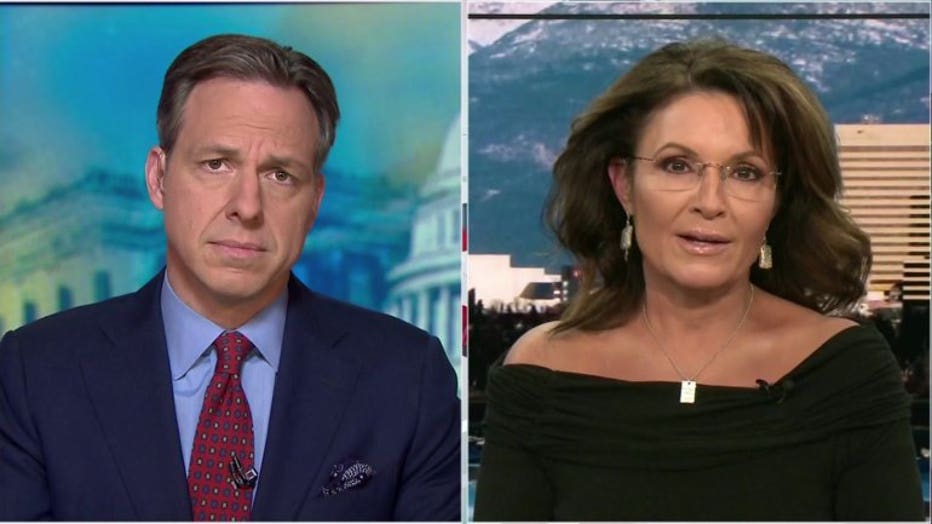 Nehlen's campaign said it was "delighted" by Palin's endorsement. Kirsten Lombard, a campaign spokeswoman, said Nehlen's team had been talking with Palin's staff for a few days.

Palin said Sunday she hadn't yet spoken with Nehlen. 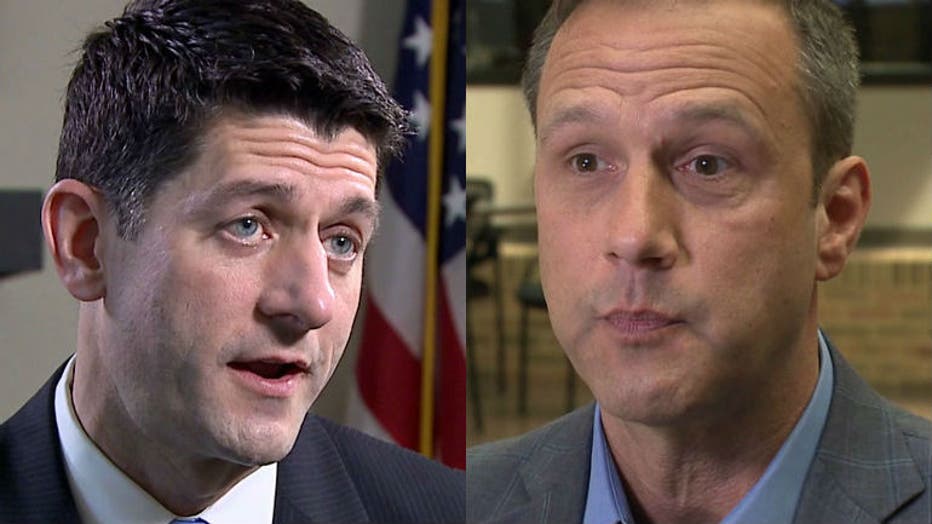 Republicans who support Ryan and are opposed to Trump said Palin's endorsement would not harm the speaker's re-election chances.

"What is she thinking? I would say only she knows, but I don`t know if she even knows," said Brian Fraley, a Brookfield-based Republican strategist. 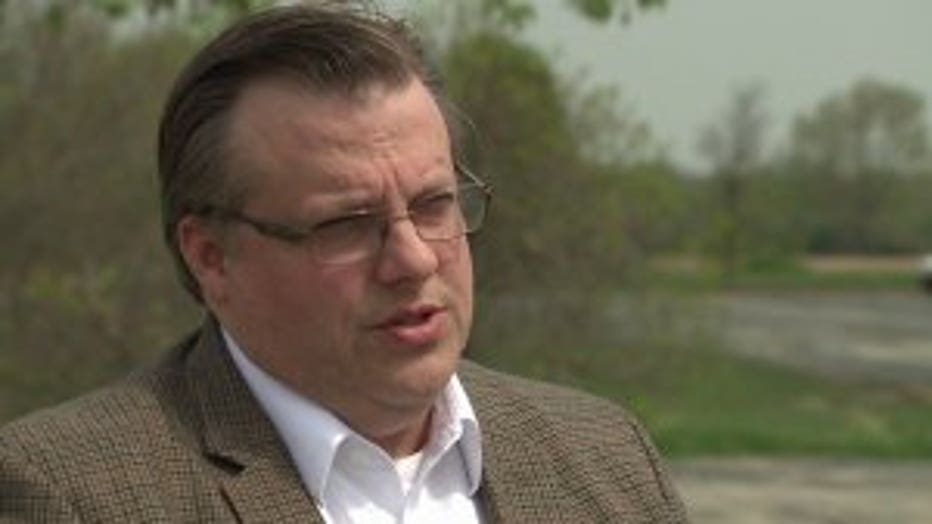 Charles Franklin, the Marquette University Law School's pollster, said there was "no conventional evidence" to suggest Ryan was in trouble in his race against Nehlen.

Among southeastern Wisconsin Republicans and independents who lean Republican -- those most likely to vote in the August GOP primary -- 81 percent view Ryan favorably and 12 percent do not, Franklin said.

The numbers come from the most recent Marquette Poll, conducted March 24-28. Franklin analyzed survey results from the counties that make up Wisconsin's First Congressional District. 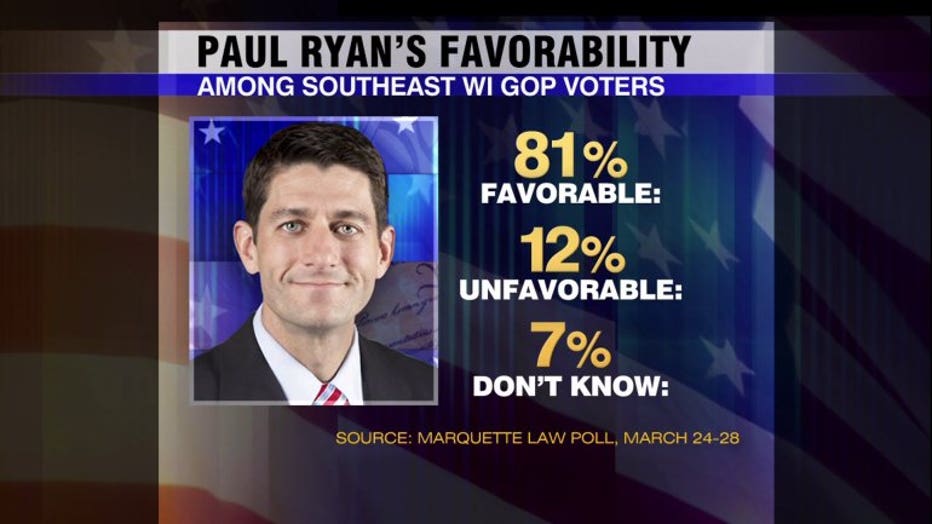 Ryan has said he's "not ready" to support Trump as the Republican nominee, adding his name to a long list of GOP elected officials who are concerned about the businessman. 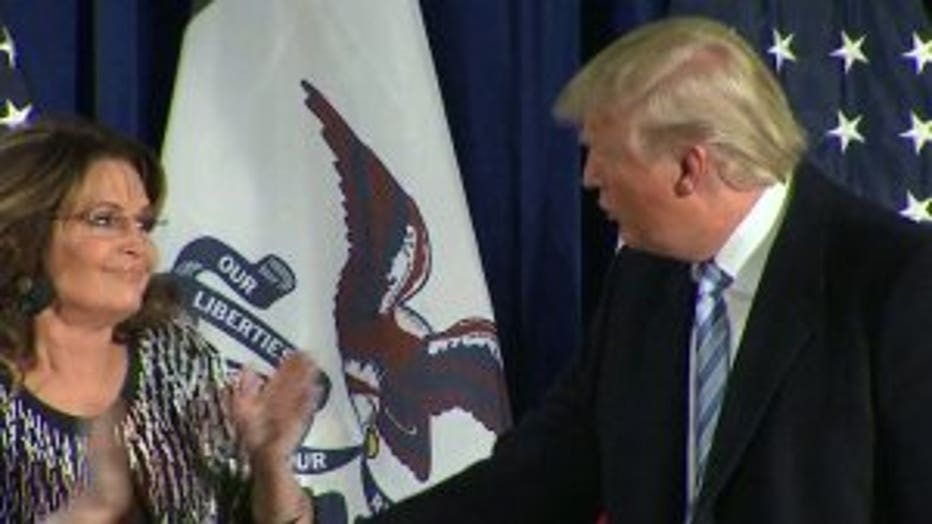 Trump has said he was "blindsided" by Ryan's decision, and praised the speaker during a CNN interview Monday.

Ryan on Monday extended an olive branch in his interviews with Wisconsin media outlets, saying that he would step down as Republican Convention chairman if Trump asked him to.

"Whatever Paul Ryan does with regard to the presidential campaign -- and I fully expect he will eventually endorse Donald Trump as the nominee -- it won`t be because of any idle, ridiculous threats from Trump, Palin or any surrogate that comes through and pops off," Fraley said. 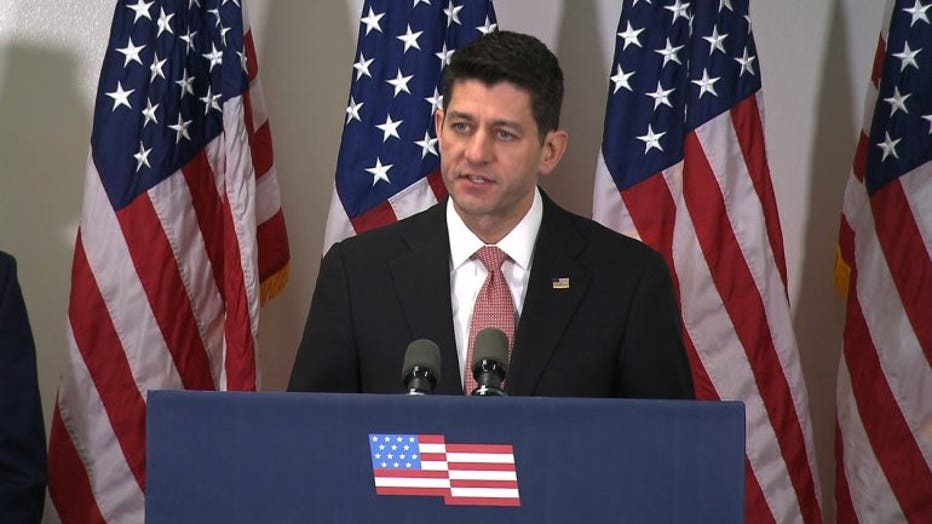